Juventus’ pursuit of an unlikely Serie A title continues at the Allianz Stadium as they take on out-of-form Udinese in a must-win clash.

Juventus’ renaissance following a thoroughly abysmal league opening continued at the start of 2023 as Arkadiusz Milik’s stoppage-time strike fired them to a 1-0 win at relegation-threatened Cremonese. Having won their last seven Serie A fixtures without conceding, ‘I Bianconeri’ could make it eight in a row ‘to nil’ for the first time since December 2018. Despite lacking numerous first-team stars to injury, Massimiliano Allegri’s men are in a prime position to maintain their faint hopes of returning to the title picture after winning four home league outings in succession. Moreover, they have been victorious in their last six top-flight encounters against Udinese in Turin, accounting for their longest winning streak against this opposition at home since a run of seven between 1980 and 1987.

On the other hand, visiting Udinese fought from behind to hold Empoli to an underwhelming 1-1 home draw upon their Serie A return, stretching their woeful winless league run to seven games (D5, L2). Since a come-from-behind 2-1 win at dead-last Hellas Verona in early October, Andrea Sottil’s men have gone winless on their last four Serie A travels (D3, L1), most recently losing 3-2 at Napoli on the eve of the World Cup break. It’s hard to see Udinese starting their travelling resurgence in Turin, considering they’ve lost a staggering 65 Serie A showdowns against Juventus, more than against any other opposition. The visitors’ typically slow starts have seen them concede the opening goal in nine of their last 11 top-flight outings, highlighting the heart of their form woes. 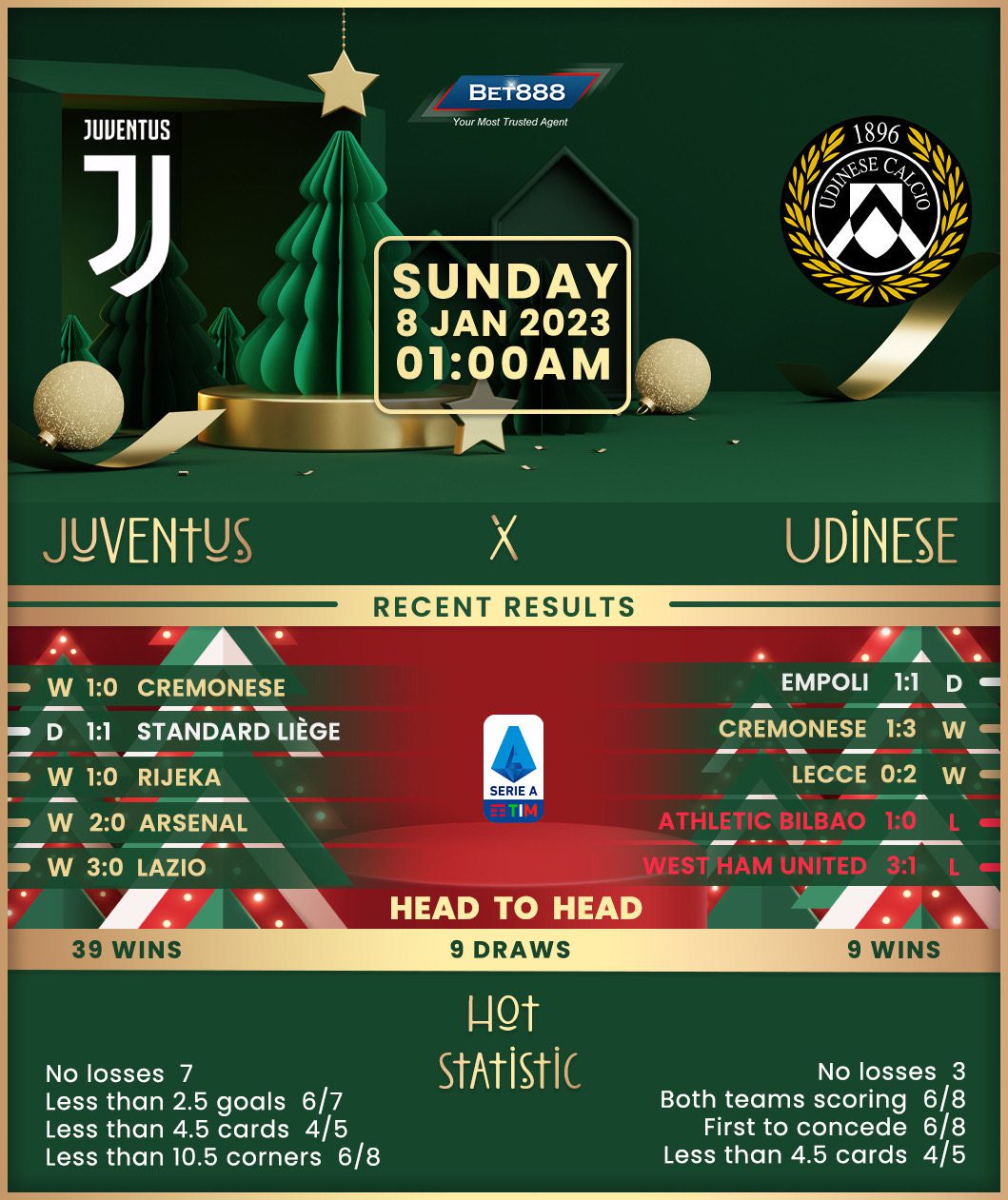