Juventus’ road to redemption following a couple of disappointing seasons starts at the Allianz Stadium as they take on Sassuolo in their opening 2022/23 Serie A clash.

After back-to-back fourth-place Serie A finishes and a first trophyless season in 11 years, Juventus have made drastic changes to their roster. Paulo Dybala and Matthijs de Ligt left the club, while Angel Di Maria, Paul Pogba, Filip Kostic and Gleison Bremermoved in to fill the void. Juventus boss Massimiliano Allegri will be keen to get the new season off to a flying start, with ‘I Bianconeri’ racking up 11 wins from the last 12 Serie A seasons they started at home (L1). Sassuolo’s visit to Turin bodes well for Juve’s bid to claim all three points, as they’ve only lost one of their nine top-flight H2Hs on home turf (W7, D1). However, their underwhelming three-game league H2H record at the Allianz Stadium suggests there’s no room for complacency (W1, D1, L1).

In the meantime, Sassuolo lost standout striker Gianluca Scamacca to West Ham United over the summer and are currently fighting tooth and nail to prevent Giacomo Raspadori from leaving the club. After finishing between 8th-11th in each of their last five top-flight seasons, ‘I Neroverdi’ are again candidates for a mid-table finish. It will be up to marquee signing Andrea Pinamonti to shoulder the scoring burden and help Sassuolo bounce back from a shocking 3-2 Coppa Italia defeat to second-tier Modena last weekend. Alessio Dionisi’s men can still draw confidence from beating Juventus 2-1 in this corresponding fixture back in 2021/22. 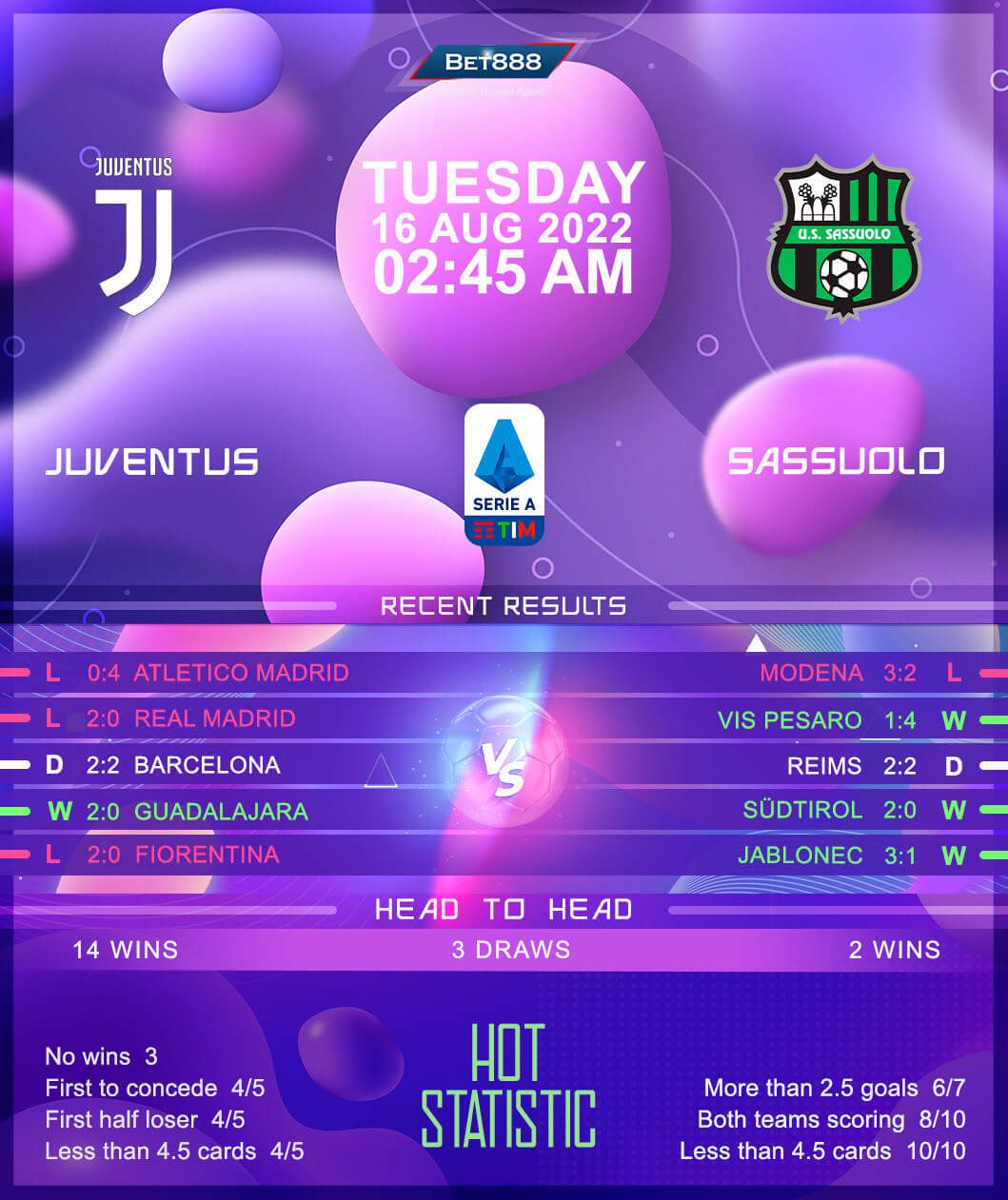