Last year’s Champions League finalist, Juventus and Real Madrid, will be facing each other again in the knockout stage, in a match that will take place at the Allianz Stadium. The Old Lady had big troubles against Tottenham, but thanks to Paulo Dybala and Gonzalo Higuain, they’ve managed to come back from a 1-0 down to advance to the next stage. Los Blancos were very convincing against one of the main candidates to lift the trophy, as they’ve eliminated Paris Saint-Germain by beating them in both games. Zinedine Zidane’s side are having a turbulent season in La Liga, with no chance of closing the gap on Barcelona whatsoever, and they are seeking consolation through the Champions League and an opportunity to become the first team in history to win the most prestigious club competition for three consecutive years. Juventus have lost just one match at home this season, and Real Madrid will have to be at their best if they want to leave Turin with a positive outcome.

Massimiliano Allegri won’t have Alex Sandro, Federico Bernardeschi, and Mario Mandzukic at his disposal, as all are struggling with injuries, while Sergio Ramos and Isco should skip the encounter for the visitors. 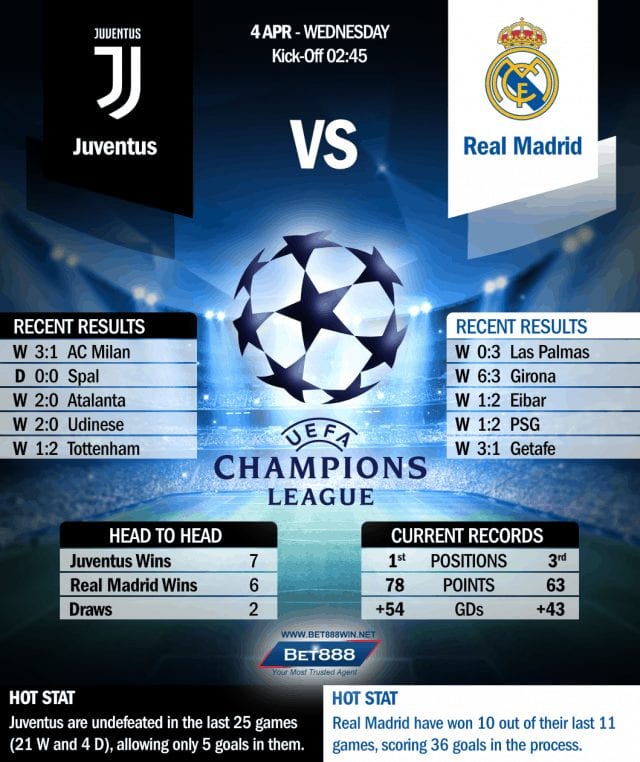