Allianz Stadium forms the backdrop for a mouth-watering Derby d’Italia as Juventus and Inter Milan lock horns in a mammoth Serie A fixture.

Despite bowing out of the Champions League group stages for the first time since 2013/14, Juventus have enjoyed a mini-revival in Serie A, winning their last three league matches ‘to nil.’ While a 2-1 home defeat to Paris Saint-Germain in the final Group H round in midweek may dampen the enthusiasm in the home camp, ‘I Bianconeri’ can draw confidence from their decent home league record this season (W4, D2). Widely criticised for encouraging a defensive-minded football, Massimiliano Allegri may have silenced his doubters after seeing his side average 2.5 goals per Serie A home game in 2022/23. That sounds promising, as Juventus stare down the barrel of back-to-back Serie A defeats at the hands of Inter for the first time since 2003/04 following a 1-0 loss in this corresponding fixture last season.

In the meantime, Inter Milan lost 2-0 at Bayern Munich in midweek Champions League action but still progressed into the knockouts as Group C runners-up, leaving Barcelona in their wake. But if they’re to return in contention for the Scudetto, ‘I Nerazzurri’ cannot afford a slip-up here as they trail pacesetters Napoli by eight points. Simone Inzaghi’s men have racked up a four-game winning Serie A streak in the build-up to this trip, including a 3-0 demolition of Sampdoria at home last weekend. However, they’ll need to transfer that momentum to their travels after blowing hot and cold on their opening six league trips (W3, L3). Considering they can win consecutive top-flight encounters against Juventus across a single calendar year for the first time since 1987, motivation should not be lacking. 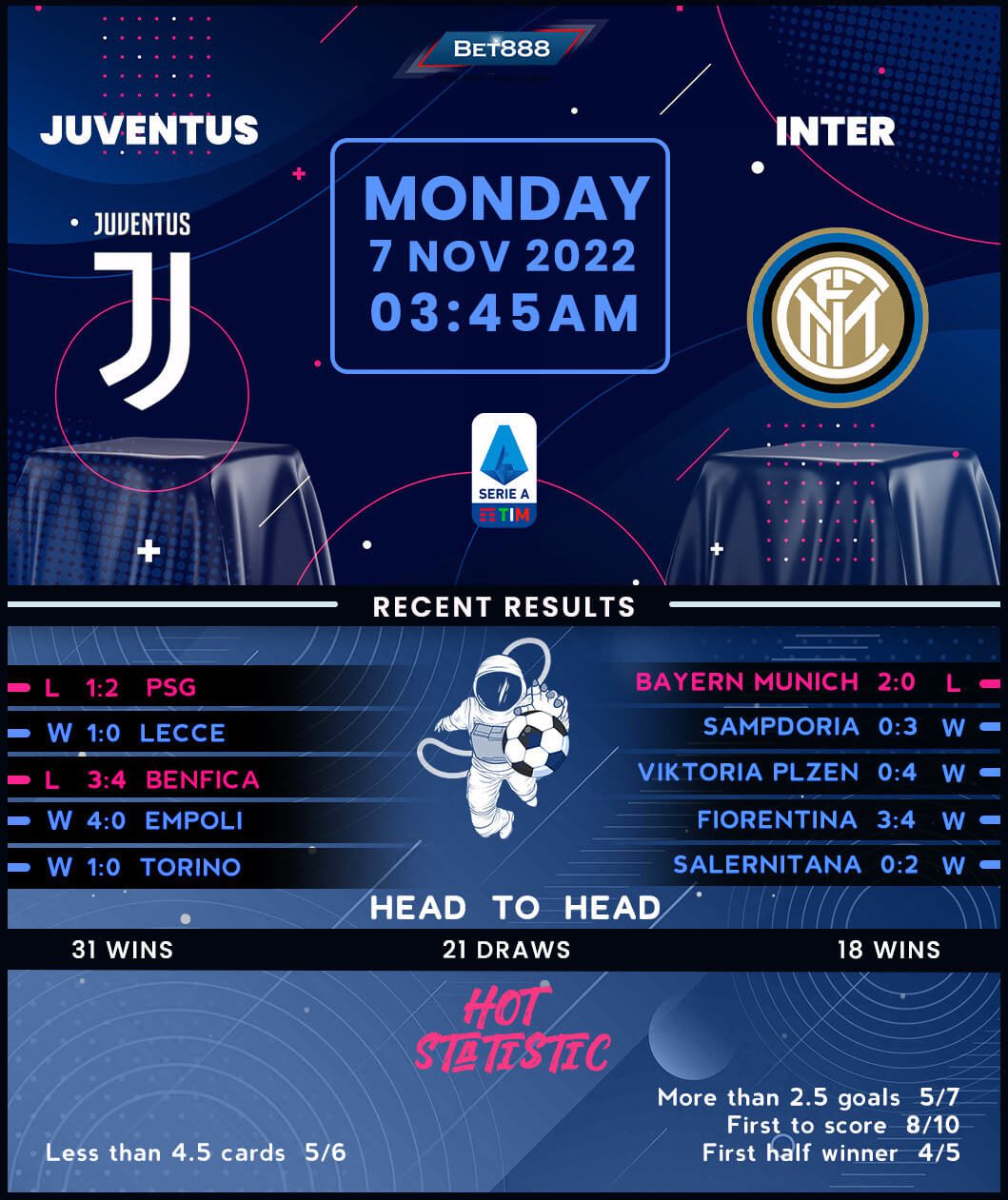