An underwhelming 2-1 defeat away to Gangwon last time out brought Jeonbuk’s eight-match unbeaten league streak to a halt (W6, D2) as they’ve lost further ground on table-topping Ulsan. With six points separating the sides ahead of the kick-off, the ‘Warriors’ will be looking to rack up an impressive league double over arch-rivals following a 3-1 victory in the reverse fixture back in mid-June. Despite losing twice in their last three top-flight H2Hs at home (W1), Kim Sang-sik’s men can draw confidence from going unbeaten in five consecutive home league outings in the build-up to this encounter (W3, D2). Conceding first could prove costly, as Jeonbuk have won none of their six home league matches when falling behind this term (D3, L3).

On the other hand, Ulsan Hyundai came from behind to rescue a 1-1 home draw against Seoul last time out, extending their unbeaten K League 1 streak to five games (W3, D2). With each of those five fixtures seeing both teams on the scoresheet, the Jeonju World Cup Stadium crowd could witness plenty of action on both ends of the pitch. Adding to this sentiment, three of Ulsan’s last six away league games have seen over 2.5 goals and both teams scoring. Unlike Jeonbuk, the ‘Tigers’ have shown mental fortitude required to win them the title, coming from behind to win three out of five away league outings in which they’ve conceded first this season (L2). 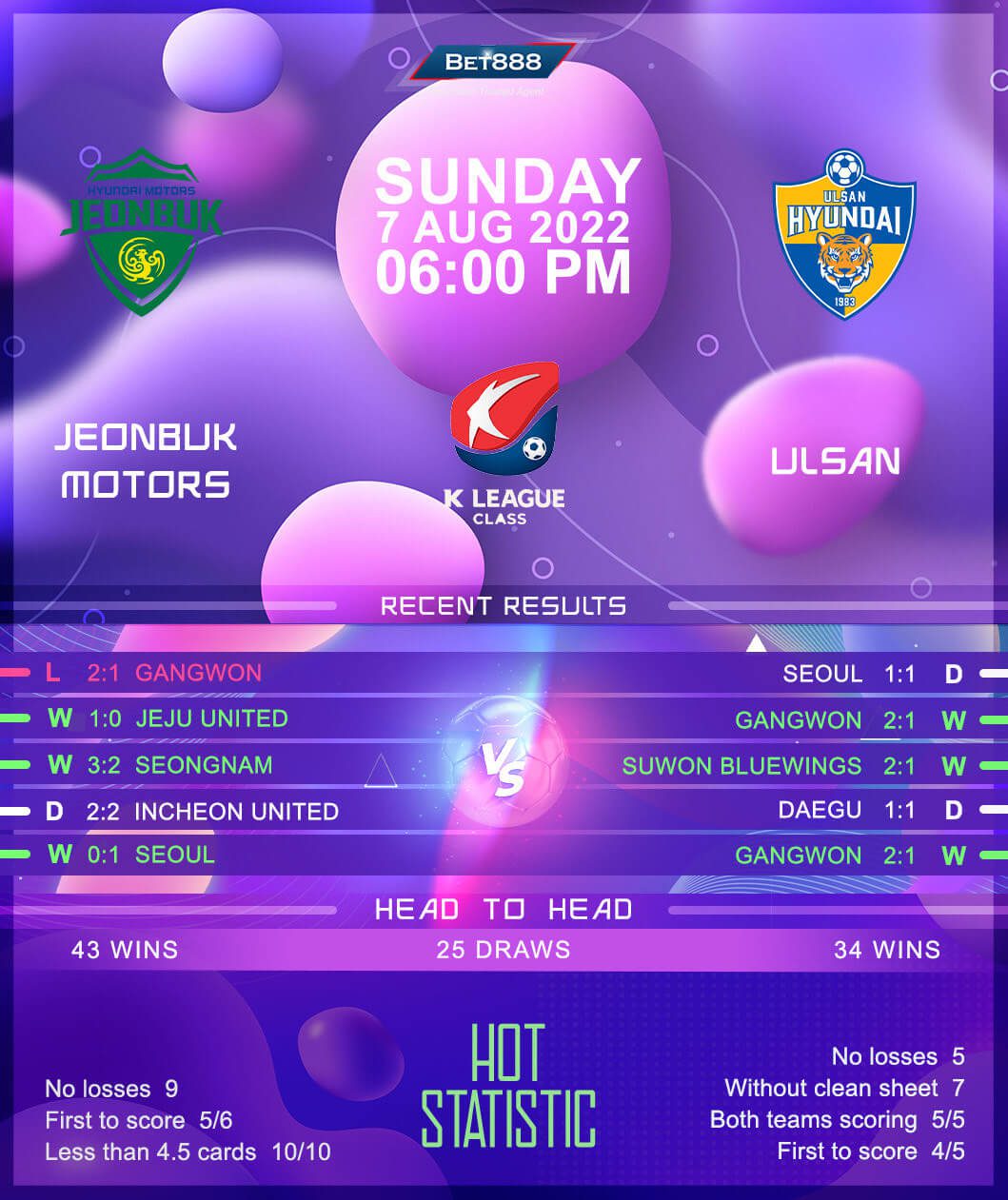