Jeonbuk Motors bounced back from a disheartening 2-0 home defeat to Jeju United with a morale-boosting 3-1 win away to K League 1 leaders Ulsan Hyundai last time out. Since drawing 1-1 at home to Gangwon in mid-May, none of Jeonbuk’s last four league matches have ended level (W3, L1). Three of those four results (win/loss) have seen the winner keep a clean sheet, suggesting the importance of getting on the scoresheet first. Worryingly, though, the ‘Warriors’ have only won one of their seven home league outings this season and are winless in the last six on the trot (D3, L3). Low scoring has been a common theme in Jeonbuk’s home league fixtures this term, as all seven have featured under 2.5 total goals.

On the other hand, Suwon Bluewings slipped to a 1-0 home defeat to Seoul last time out, ending a decent run of four unbeaten K League 1 matches (W2, D2). Based on the visitors’ underwhelming away form, they are unlikely to return to winning ways here. Indeed, the ‘White and Reds’ are winless in all seven league fixtures on the road this term (D4, L3), netting a measly average of 0.57 goals per game. Moreover, except for a 3-1 win in May 2021, Suwon have lost three of their last four top-flight visits to Jeonbuk without scoring. 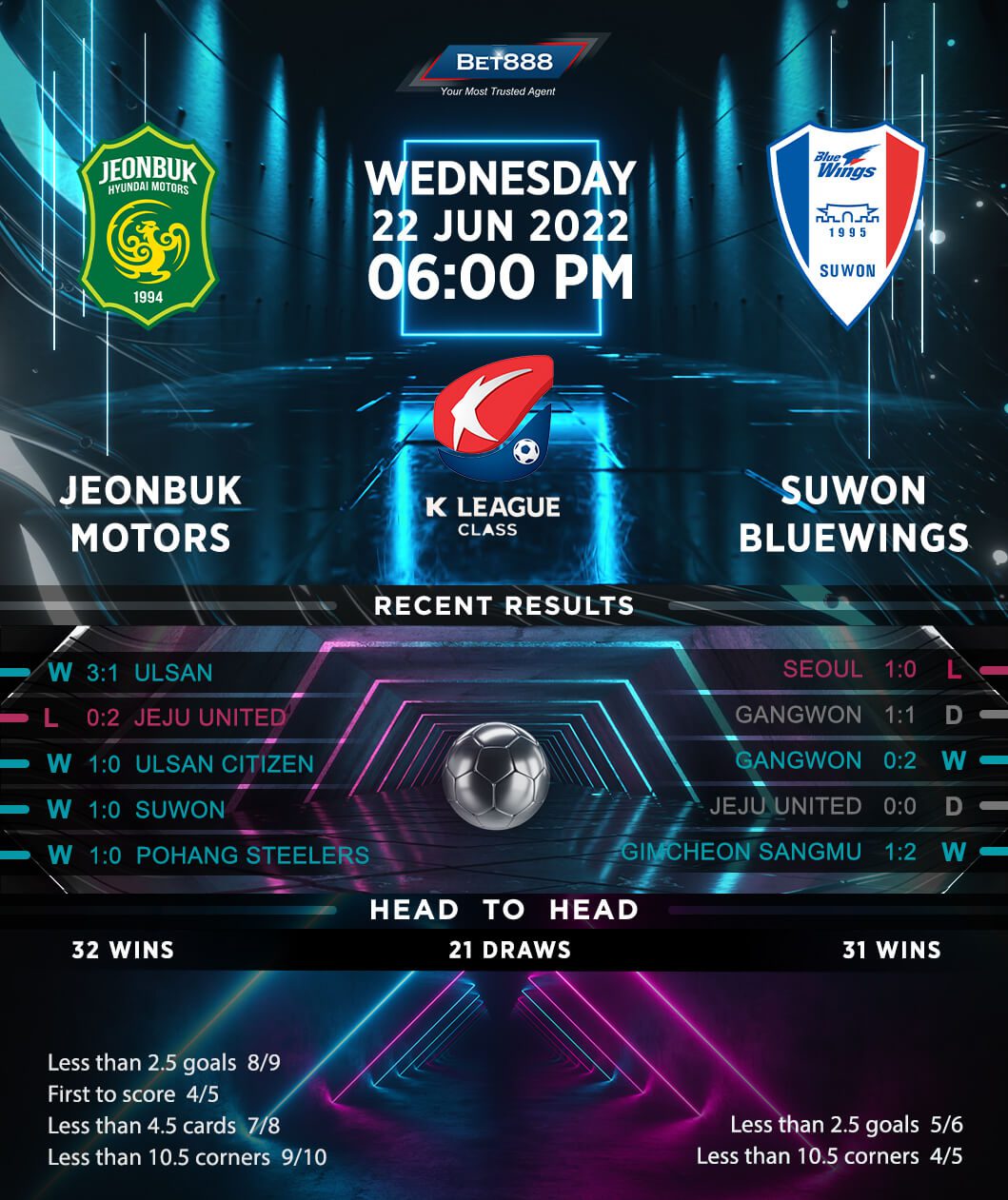