Stadio Giuseppe Meazza forms the backdrop for a repeat of the Euro 2020 grand final as Italy and England go head-to-head in a high-stakes Nations League encounter.

After failing to qualify for back-to-back World Cup finals for the first time in the nation’s history, losing their League A status would land a knockout blow on Italy. ‘Gli Azzurri’ fell to a morale-damaging 5-2 defeat at the hands of Germany in their most recent Group A2 outing, ending a run of three unbeaten Nations League fixtures (W1, D2). But Roberto Mancini’s men still hold a three-point lead over bottom-placed England and could mathematically assure another League A season with a win here. Adding to Italy’s confidence, they’ve not lost any of their last five international H2Hs on home soil (W3, D2). That derails their chances of losing consecutive matches for the first time during Mancini’s tenure, though an underwhelming record of two wins from nine games (D4, L3) may dampen the optimism.

On the other hand, England may have sealed their berth at the upcoming World Cup, but Gareth Southgate’s future with the national team is hanging by a thread. Winless after their opening four Group A2 outings (D2, L2), the ‘Three Lions’ face imminent danger of suffering relegation to League B should they slump to another defeat at Meazza. Starring down the barrel of five straight winless internationals for the first time since 2014, the beaten Euro 2020 finalists come into September’s international break having lost just two of their last 26 matches (W18, D6). However, a lack of firepower up top has seen England fail to find the net from open play in all four Nations League contests this season. Indeed, Harry Kane’s late penalty in a 1-1 draw with Germany remains their solitary strike thus far. 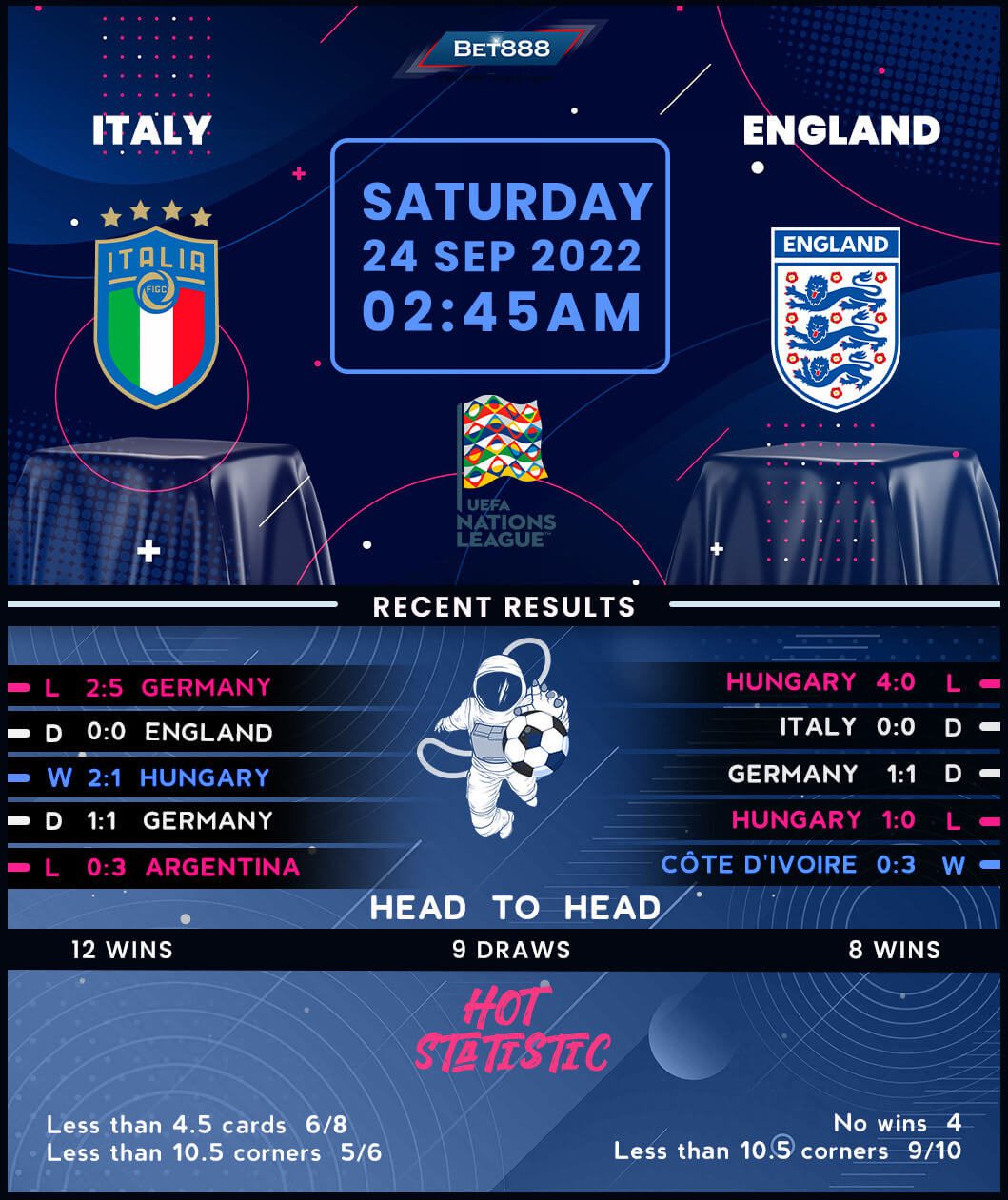