Stadio Giuseppe Meazza is the venue as Inter Milan and Spezia go head-to-head in an exciting Serie A showdown.

Only two minutes into his second Inter Milan debut, Chelsea loanee Romelu Lukaku opened the scoring to inspire his side’s hard-earned 2-1 win at promoted Lecce on the opening weekend. Keen to surpass last season’s runner-up Serie A finish, Simone Inzaghi’s men head into this fixture looking to maintain their 100% unbeaten ratio against Spezia in competitive action (W5, D1). Indeed, ‘I Nerazzurri’ have won both previous home league matches against this opposition by an aggregate score of 4-1. On top of that, the 19-time Italian champions have racked up a phenomenal 17 wins from their last 18 Serie A match-ups against Ligurian adversaries (L1), keeping a clean sheet in their three most recent such fixtures. Moreover, they’ve only lost one of their last 36 top-flight outings at Meazza!

On the other hand, long-serving striker M’Bala Nzola fired Spezia to a morale-boosting 1-0 home triumph over Empoli on Luca Gotti’s touchline debut last time out. After an underwhelming 16th-place Serie A finish in 2021/22, Spezia parted company with former boss Thiago Motta and overhauled their squad over the summer. It’s now up to Gotti to pick up where his predecessor left off when ‘I Aquilotti’ downed reigning champions AC Milan 2-1 on their most recent visit to Meazza. That victory arrested Spezia’s abysmal run of five consecutive Serie A defeats away to Lombard clubs. Seeking back-to-back league wins for the first time since January, the visitors can find little confidence in their seven-game away form at the tail-end of last season (W1, D2, L4). 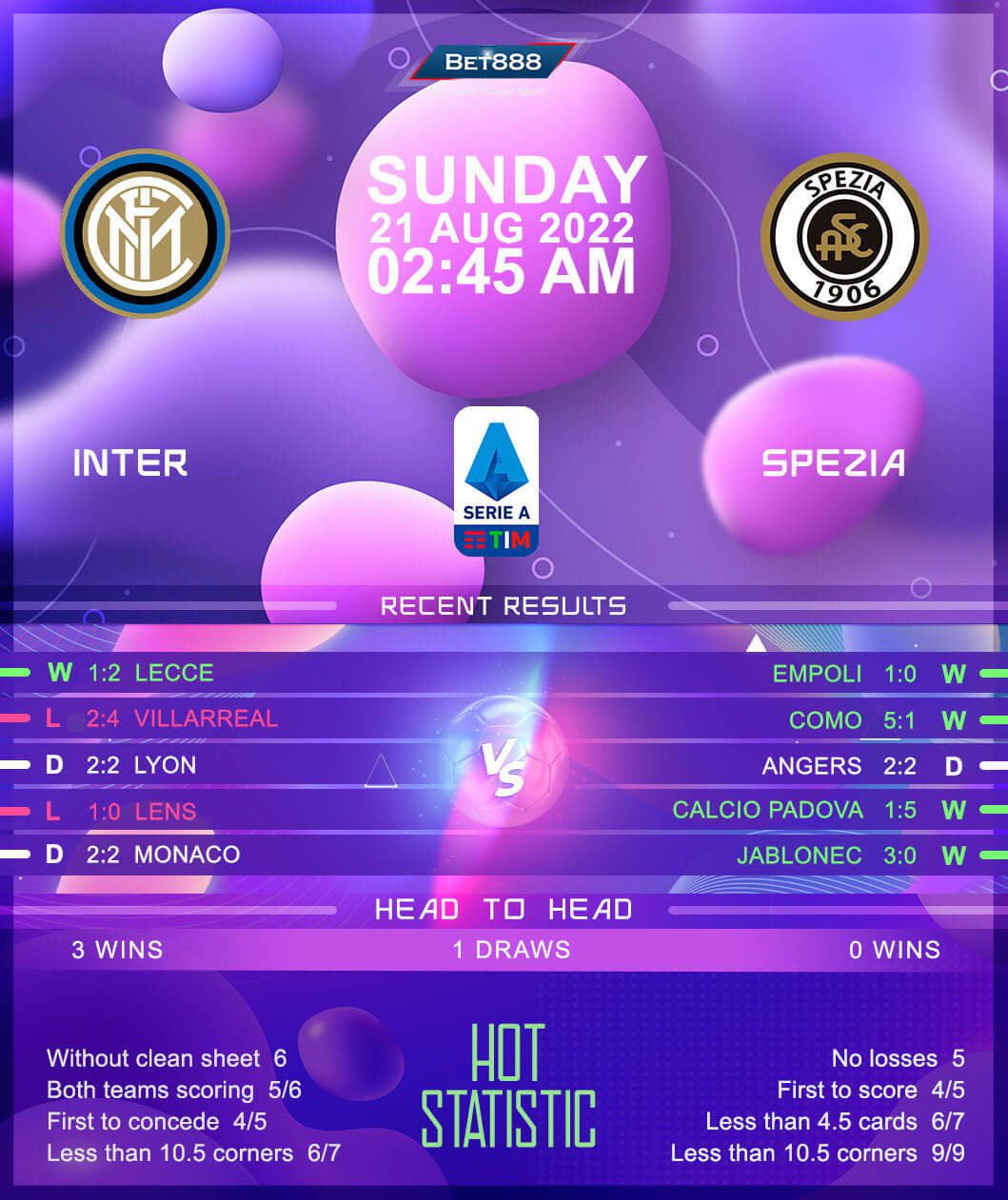