Stadio Giuseppe Meazza forms the backdrop for a blockbuster Serie A showdown between Inter Milan and Napoli.

Inter Milan made up for lost ground in a ferocious Serie A top-four race by tallying a whopping 20 goals across their seven league fixtures (W6, D1) on the stroke of the World Cup break. With 11 points separating them from pacesetters Napoli, a failed attempt to extend their two-game winning league streak would most likely rule ‘I Nerazzurri’ out of the Scudetto race. Luckily for head coach Simone Inzaghi, his men have seemingly had Napoli’s number of late, beating them in each of their last four top-flight H2Hs at Giuseppe Meazza. Speaking of Inter’s free-scoring form, they scored 3+ goals in a Serie A joint-high eight home outings in 2022, while their last home clash against Napoli yielded an action-packed 3-2 victory, highlighting the potential for another high-scoring contest.

On the other hand, Napoli headed into the World Cup break as one of only two sides in Europe’s top-five leagues alongside PSG to have gone unbeaten in every domestic fixture (W13, D2). Keen to end an exhausting 30-year wait for the Scudetto, ‘I Partenopei’ have pieced together a stunning 11-game winning run in Serie A, setting an unprecedented feat in the club’s top-flight history. Not even a deficit has proved too tall of an order for Luciano Spalletti’s team, as they’ve come from behind to win all three Serie A away clashes in which they’ve conceded first this term. It’s little wonder they’ve developed a habit of turning matches on their heads, considering 62.5% of Napoli’s away league goals in 2022/23 has come beyond halftime (10/16). 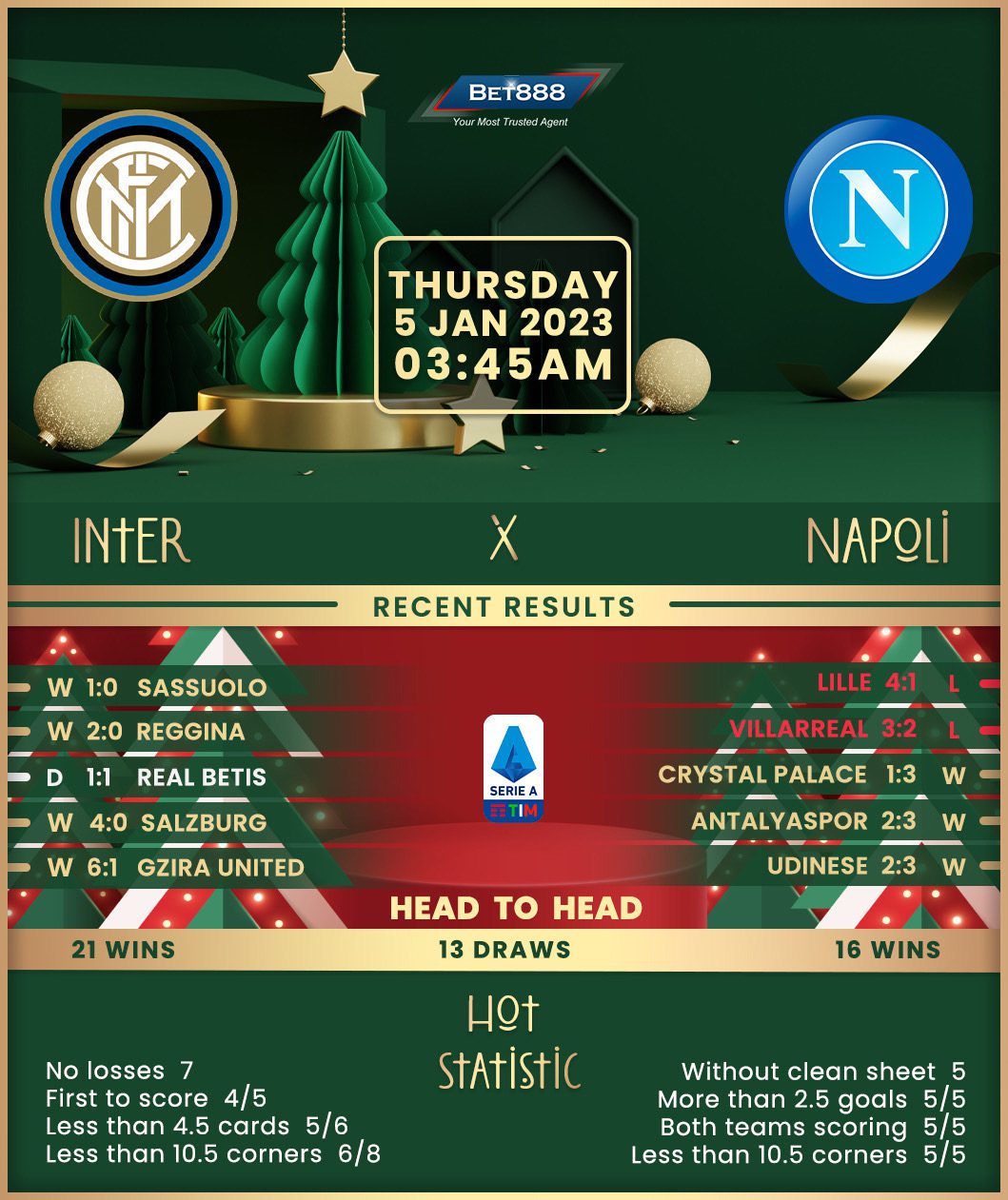