Inter Milan failed to retain the Scudetto last season, finishing only two points adrift of newly-crowned Serie A champions AC Milan. Despite bringing Romelu Lukaku back to the club on a season-long loan and signing the likes of Kristjan Asllani and Henrikh Mkhitaryan, Simone Inzaghi’s men have blown hot and cold this summer. Following a comprehensive 4-1 victory over Lugano in a traditional pre-season friendly, ‘I Nerazzurri’ have gone winless in back-to-back exhibition games (D1, L1), including a 1-0 defeat to Lens last time out. However, the Italians still have the recent H2H record firmly on their side, having won their last two pre-season meetings with Lyon via an identical 1-0 scoreline.

As for Lyon, the summer returns of Alexandre Lacazette and Corentin Tolisso have failed to produce the desired impact. ‘Les Gones’ have delivered a mixed bag of performances during an extensive pre-season, picking up four wins from seven outings while losing the other three, including a 2-0 reverse against Feyenoord last time out. It is also worth noting that six out of Lyon’s seven pre-season matches have yielded a full-time margin of 2+ goals, highlighting the potential for one-way traffic in this one. Curiously, since a 1-1 stalemate with Strasbourg in early April, none of the French side’s subsequent 15 games have ended as a draw (W9, L6). 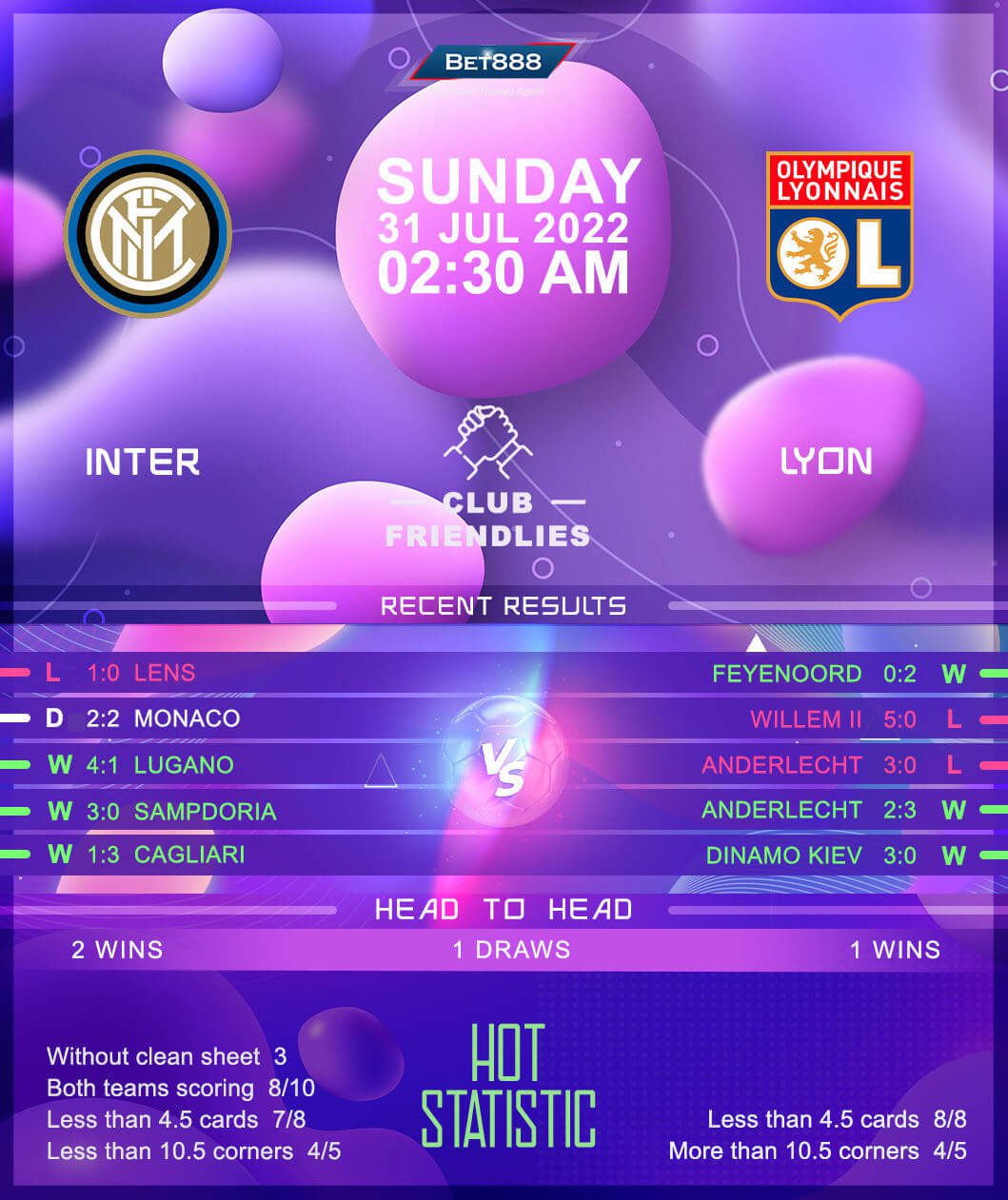