A top-table 2022 AFF Championship Group A six-pointer pits Indonesia and Thailand against each other at the Patriot Stadium.

Indonesia squeezed past Cambodia 2-1 in their Group A curtain-raiser before recording an overwhelming 7-0 victory over minnows Brunei in round two to put themselves in a prime position to reach the knockouts. Avoiding defeat against a Thailand side they’ve failed to beat in any of their last six competitive H2Hs (D2, L4) would likely do the trick for the 2020 AFF Championship runners-up. However, given that they conceded 2+ goals across all six encounters in that run at an average of 2.83 per game, keeping Thailand winless will be a daunting task. Yet after winning their last five internationals via an aggregate score of 21-4, the ‘Garuda Team’ should feel enthusiastic about their chances.

On the other hand, defending champions Thailand first thumped Brunei 5-0 to get their Group A campaign off to a flying start before humbling the Philippines 4-0 last time out to seize control of the top spot, courtesy of a superior goal difference over Indonesia alone. Alexandre Polking’s men have rained down goals throughout the 2022 AFF Championship thus far, netting 2+ goals in all four halves of football played at the tournament. Based on their abovementioned free-scoring form against Indonesia, that trend should continue, especially considering their last three triumphs have come by 4+ goals ‘to nil.’ But it’s worth noting they’ve failed to win any of their four internationals in which they conceded at least once in 2022 (D1, L3). 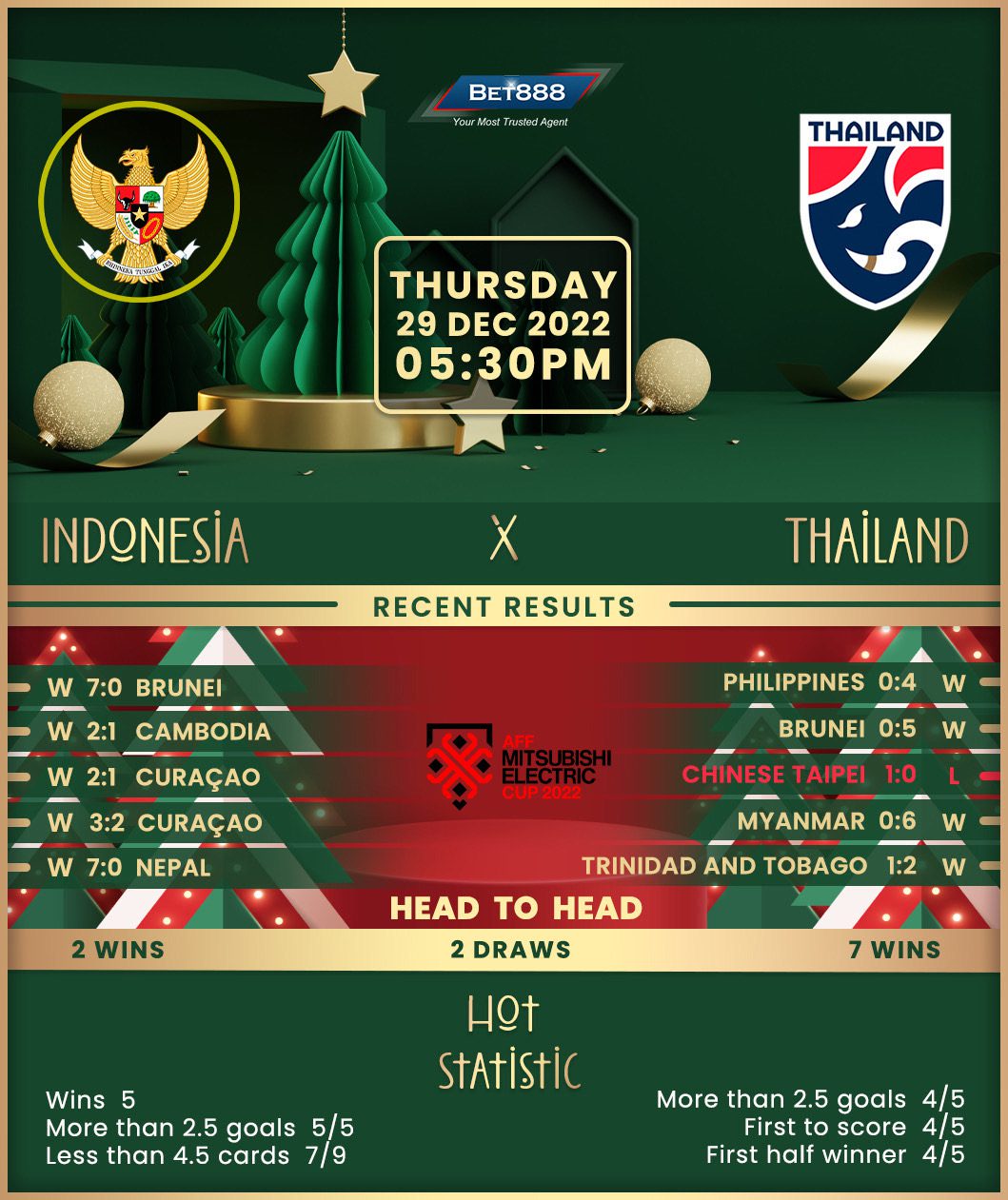