Thong Nhat Stadium in Ho Chi Minh City forms the backdrop for an exciting international friendly between India and Singapore.

Since a goalless draw with Sri Lanka in October 2021, India have performed in patches. An underwhelming run of three straight international defeats sandwiched by a pair of hat-trick victories sums up their inconsistency in a nutshell. But the ‘Blue Tigers’ will, nonetheless, take the field in high spirits after registering three successive triumphs, two of which yielded multi-goal margins. Scoring first could well prove decisive for either side, as Igor Stimac’s men have seen at least one team fail to get on the scoresheet in seven of their last ten internationals. But with ten of India’s 11 previous results (win/loss) witnessing the winner score 2+ goals, a high-scoring affair may be on the cards.

In the meantime, Singapore started September’s international break on the back foot, conceding three times beyond halftime in an embarrassing 4-0 defeat to Vietnam. The ‘Lions’ will be desperate for a form improvement after suffering four losses in their last five internationals (W1), three of which saw them fail to find the net. Playing on foreign soil has been difficult for Singapore as they’ve lost eight of their ten away internationals since the start of 2021 (W2). On the bright side, their solitary win in that five-game stretch was a 6-2 humbling of Myanmar, showing they can pack a punch on their day. Another positive for Takayuki Nishigaya’s team is that they’ve won three of their four previous meetings with India (L1), including the last two on the spin via an identical 2-0 scoreline. 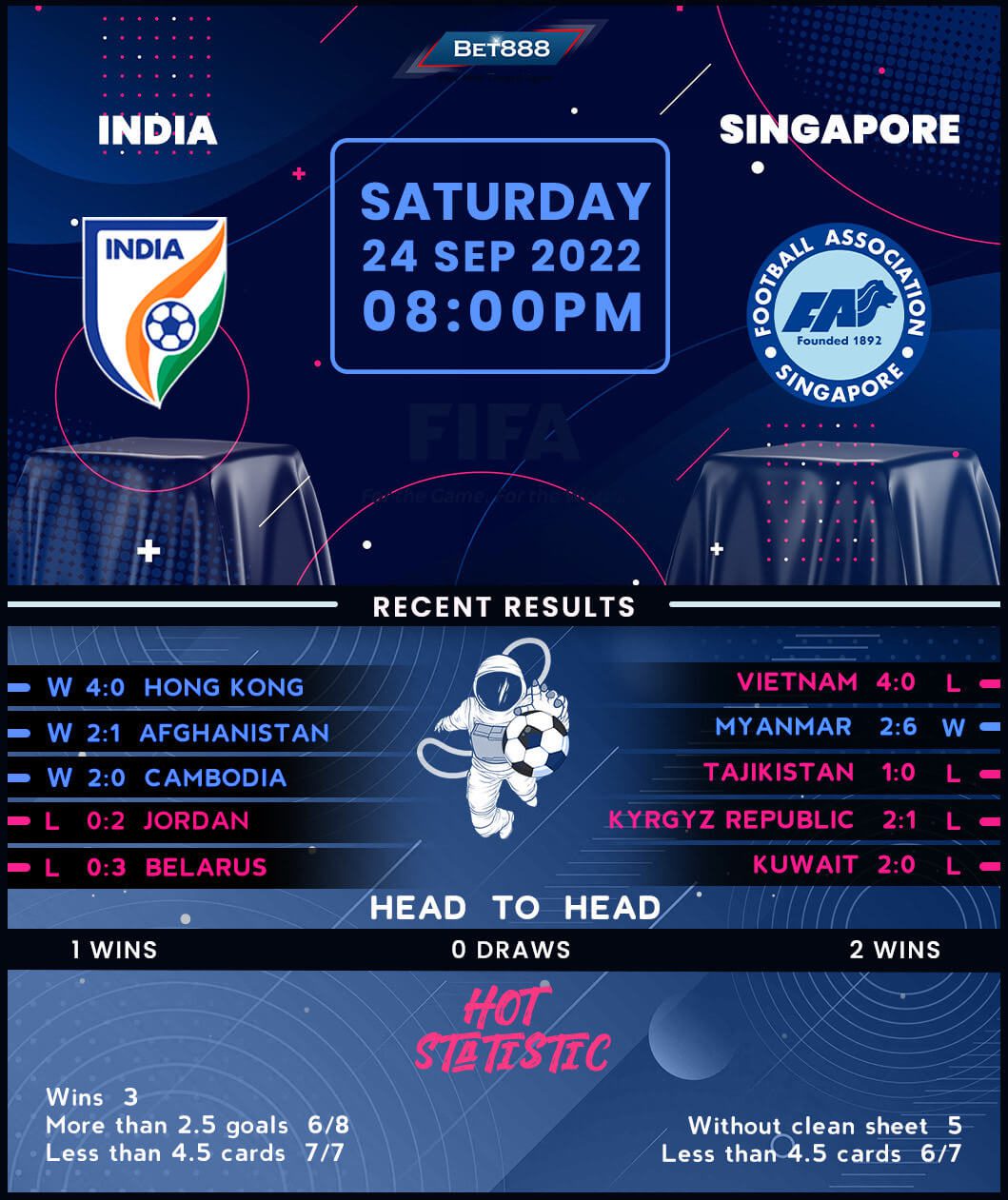