Qatar will be looking to join Honduras in the 2021 CONCACAF Gold Cup knock-out phase when the two sides meet at the BBVA Compass Stadium in their final group stage fixture.

Honduras have been relentless at the beginning of their 2021 Gold Cup journey, winning both Group D fixtures so far by an aggregate score of 7-3 to progress into the knock-out stages with a game to spare. Particularly dangerous beyond half-time, ‘Los Catrachos’ have registered five of their seven tournament goals scored thus far in the second half of play, with four of them arriving beyond the 60th minute. Honduras’ Gold Cup form represents a massive improvement on their pre-tournament showings, as they headed into the competition winless in seven consecutive internationals (D4, L3 – 90 mins only). Curiously, back-to-back Group D victories have matched Honduras’ haul of two wins across their last three appearances at the final tournaments (W2, D2, L6).

Meanwhile, Qatar swept Grenada aside with a 4-0 victory on Matchday 2 to bounce back from a 3-3 draw with Panama in their tournament curtain-raiser. The ‘Maroon’ are on the cusp of reaching the knock-out stages as they need to avoid defeat here to secure a second-place finish regardless of the outcome of the other encounter. Félix Sánchez’s men head into proceedings on the back of a ten-match unbeaten run in all competitions, friendlies included (W8, D2). Additionally, free-scoring Qatar have netted over 2.5 goals in three of their last four outings, bagging 2+ second-half goals twice in the process. Additionally, they are unbeaten in five competitive games on the spin (W4, D1), beating their opposition ‘to nil’ on all four occasions. 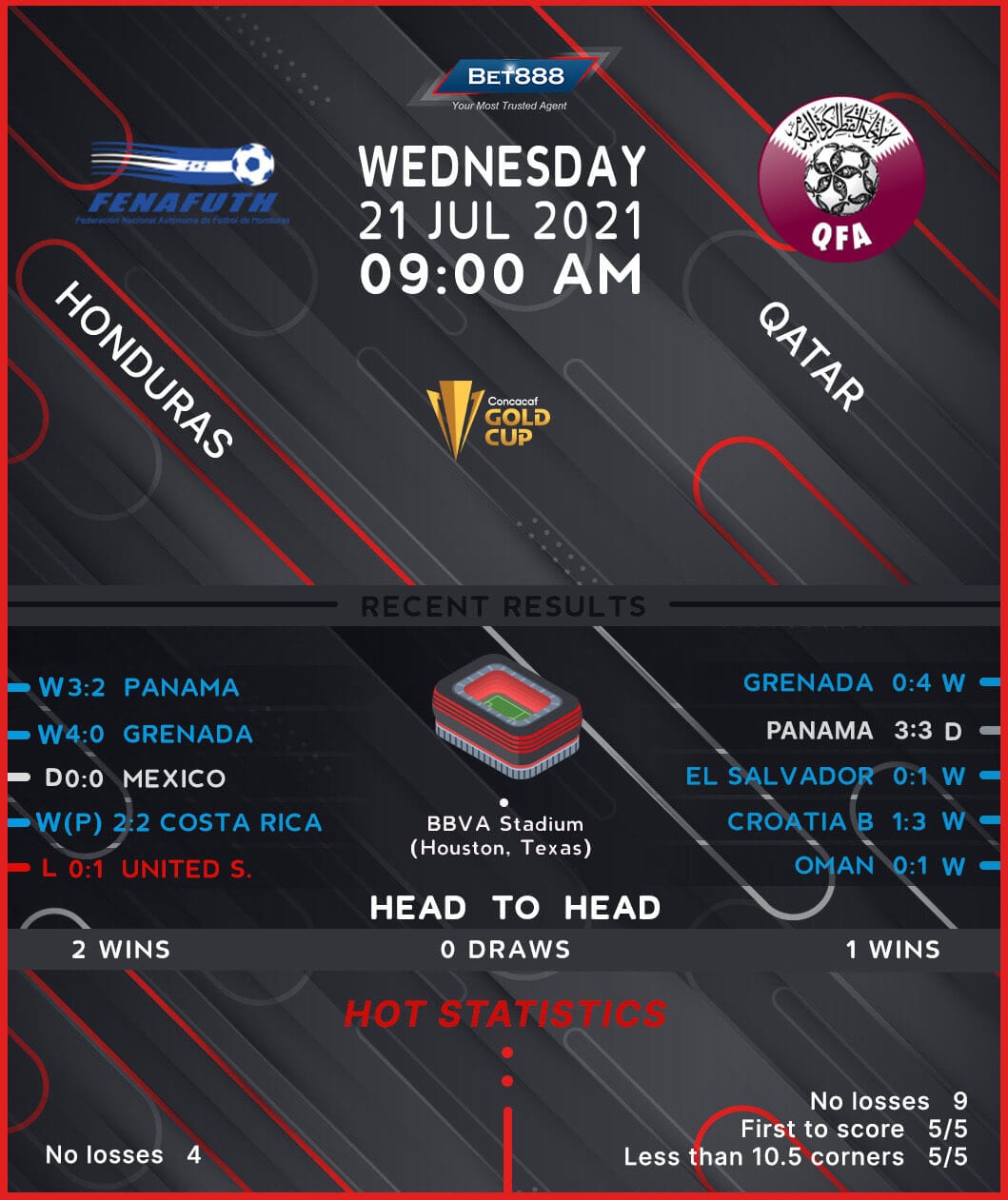