Henan Songshan Longmen and Shanghai Shenhua are set to square off in a handsomely-looking Chinese FA Cup round-of-16 tie.

Despite dispatching sub-par opposition Guangxi Pingguo Haliao 4-1 in the previous FA Cup knockout round, Henan Songshan Longmen cannot be proud of their domestic form in the aftermath. Stuck in the Chinese Super League mid-table, the hosts have only won two of their last six league fixtures (D3, L1), with each game (drawn/lost) in that span featuring under 2.5 goals. Low scoring has also been a common theme in Henan’s recent meetings with Shanghai, as each of their last five competitive H2Hs has seen one or both teams fail to score, with four containing under 2.5 total goals. Scoring first could be of paramount importance, especially considering Henan’s four home outings ahead of this showdown have seen the winner keep a clean sheet (W3, L1).

Meanwhile, Shanghai Shenhua had no problems overcoming lower-league Jiangxi Beidamen in the prior FA Cup round, running out a comfortable 5-0 victors. However, coping with fellow top-flight rivals has proved much more daunting, with Wu Jingui’s team pulling off just one triumph in their six subsequent league matches (D1, L4). Shanghai’s porous defense, which has conceded precisely two goals four times during that six-game sequence, could cause a massive headache for the visitors. Indeed, having scored precisely once across their last three top-flight road trips (W1, D1, L1), they’ll need to rely on their backline to keep this tie competitive. 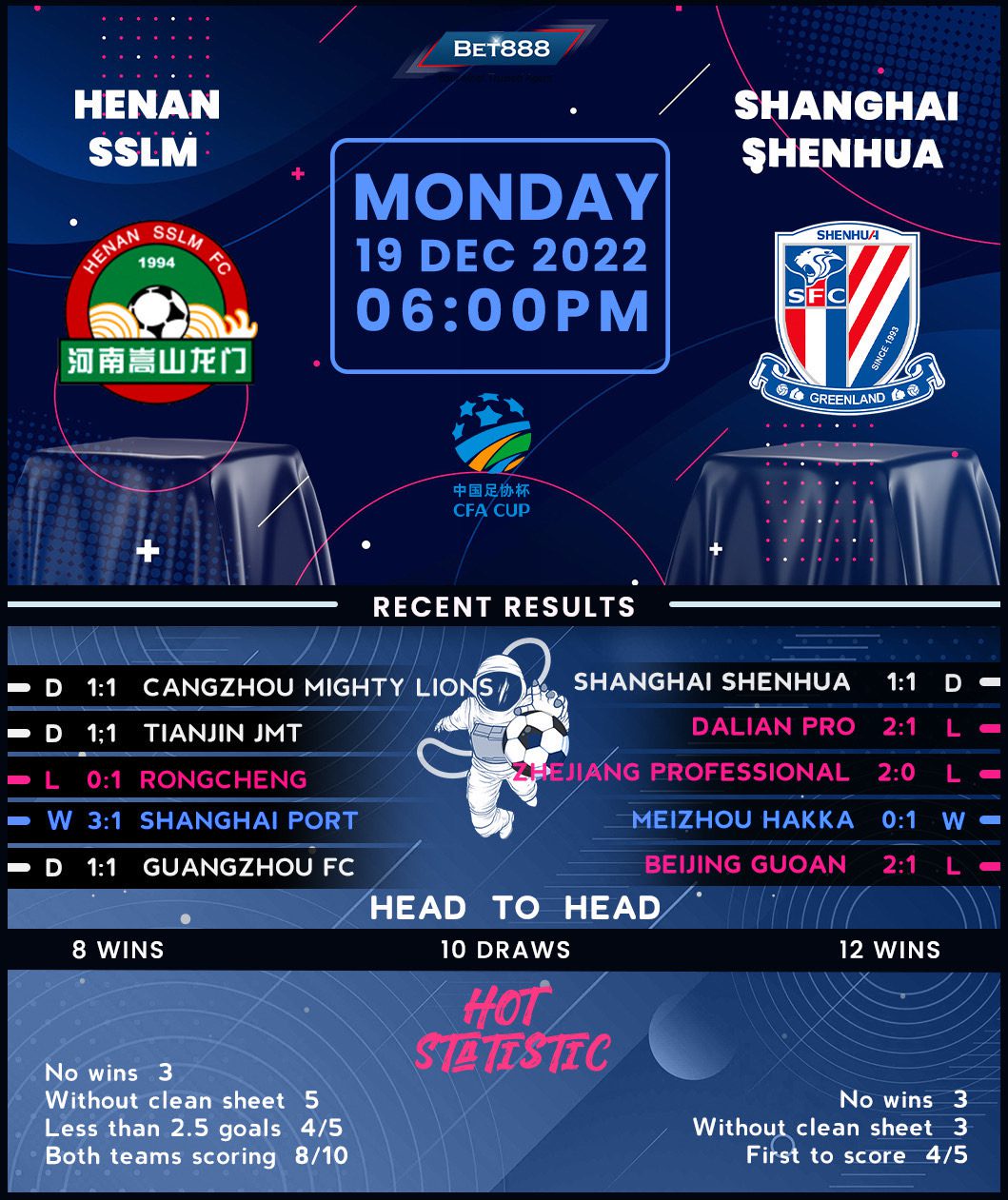