Newly-promoted Girona and out-of-sorts Getafe go head-to-head at the Estadio Municipal de Montilivi in what could be a clash of the two La Liga relegation candidates.

A penalty conceded late in the first half inflicted a narrow 1-0 loss to Girona on their matchday-one trip to Valencia, making it ten defeats from 11 La Liga fixtures (W1). It gets worse, as Michel’s side attempted just five shots on goal at Mestalla, fewer than any other La Liga team last time out. There’s a reason for optimism in the home camp, with ‘Los Blanquivermells’ racking up four successive encounters against Getafe without losing on home turf (W2, D2). Contesting La Liga fixtures on Monday (European time) has not been Girona’s strong suit by any stretch of the imagination, going winless in their last three top-flight outings on this day (D2, L1). They also drew a blank in all of those three games, which was the case in their most recent La Liga clash against Getafe (0-1).

Tipped for another season-long fight against the drop following last season’s 15th-place finish, Getafe succumbed to a dreadful 3-0 defeat to Atletico Madrid on the opening weekend. Getafe’s well-documented scoring problems saw them average just 0.83 goals per La Liga game last season, the fewest of all teams to have secured survival. Nothing has changed this term as it seems, with Quique Sanchez Flores’ men taking the field as the only La Liga side yet to attempt a shot on target this season. The visitors’ poor start to the season is unlikely to improve here, with ‘Los Blanquivermells’ picking up a mere one victory in their last four top-flight meetings with Girona (D2, L1). 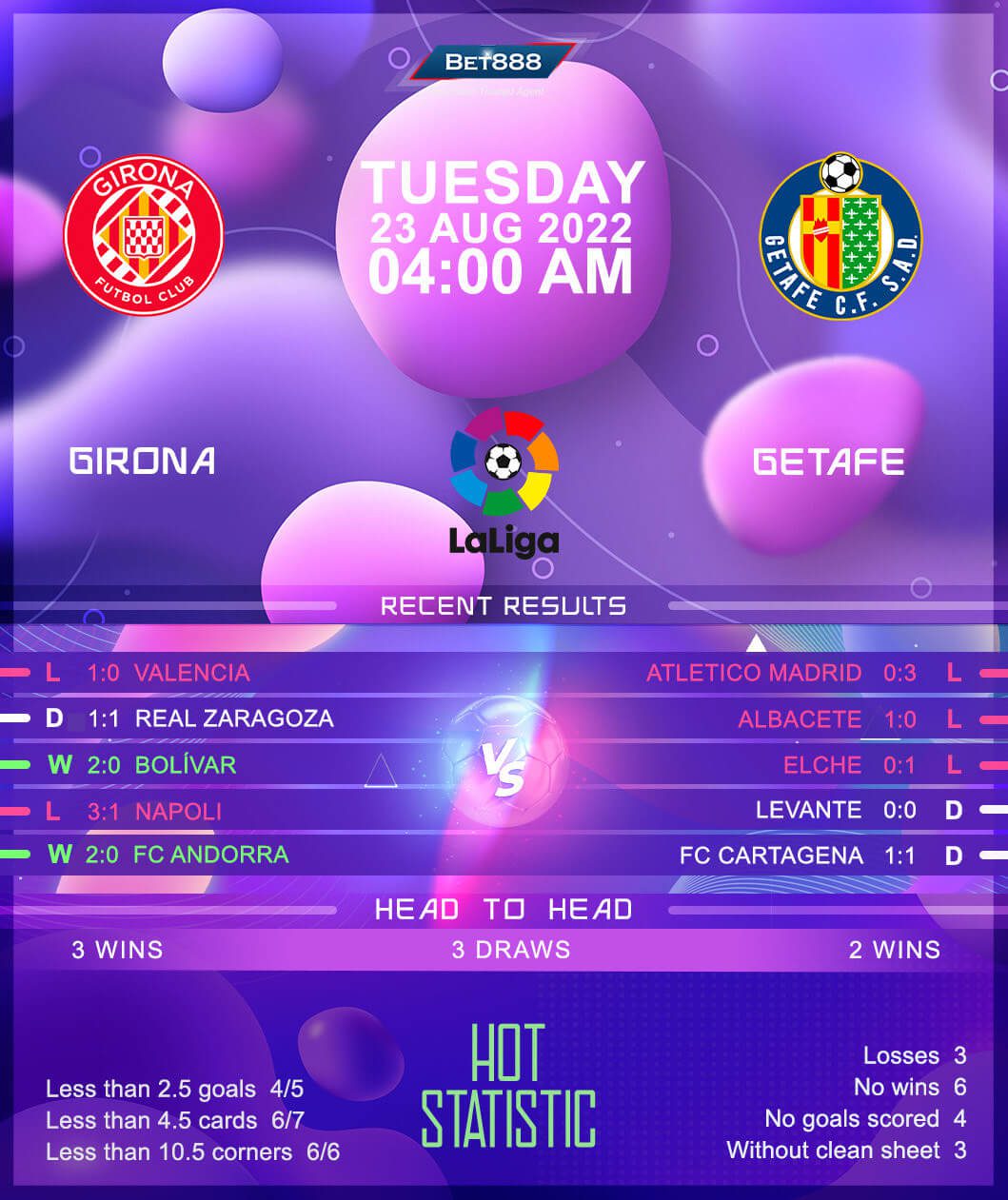