Fourth-tier Gillingham and Premier League underachievers Leicester City are set to trade tackles at Priestfield Stadium in the FA Cup third round.

Since an action-packed 3-2 win over non-league Dag & Red in the last FA Cup round, out-of-form Gillingham have lost four successive matches across domestic competitions, three without scoring, including a 2-0 defeat to Leicester’s top-flight rivals Wolverhampton in the League Cup. Despite Leicester’s thoroughly abysmal season, the ‘Gills’ are unlikely to turn their fortunes around this weekend, considering they’ve failed to make it out in five of their last six FA Cup third-round ties. Playing at Priestfield Stadium, where they’ve alternated between losing (3) and winning (2) across their five most recent competitive games, cannot inspire much confidence either. With four of those five results (win/loss) seeing the winner keep a clean sheet, you’d assume scoring first could be crucial.

As for Leicester City, an underwhelming 1-0 home loss to Fulham in their inaugural Premier League fixture in 2023 left the ‘Foxes’ only two points clear of the drop zone, inflicting a third straight league defeat on them since the club football’s resumption in December. Leicester’s solitary success after the World Cup was a 3-0 demolition of third-tier MK Dons in the previous League Cup round, so Brendan Rodgers will hope to throw a lifeline to his stuttering managerial tenure at the King Power Stadium. Adding to his confidence, the Midlanders have progressed from their FA Cup third-round tie in five of the last six seasons, with the lone exception being an unexpected loss to fourth-tier Newport County in 2018/19. 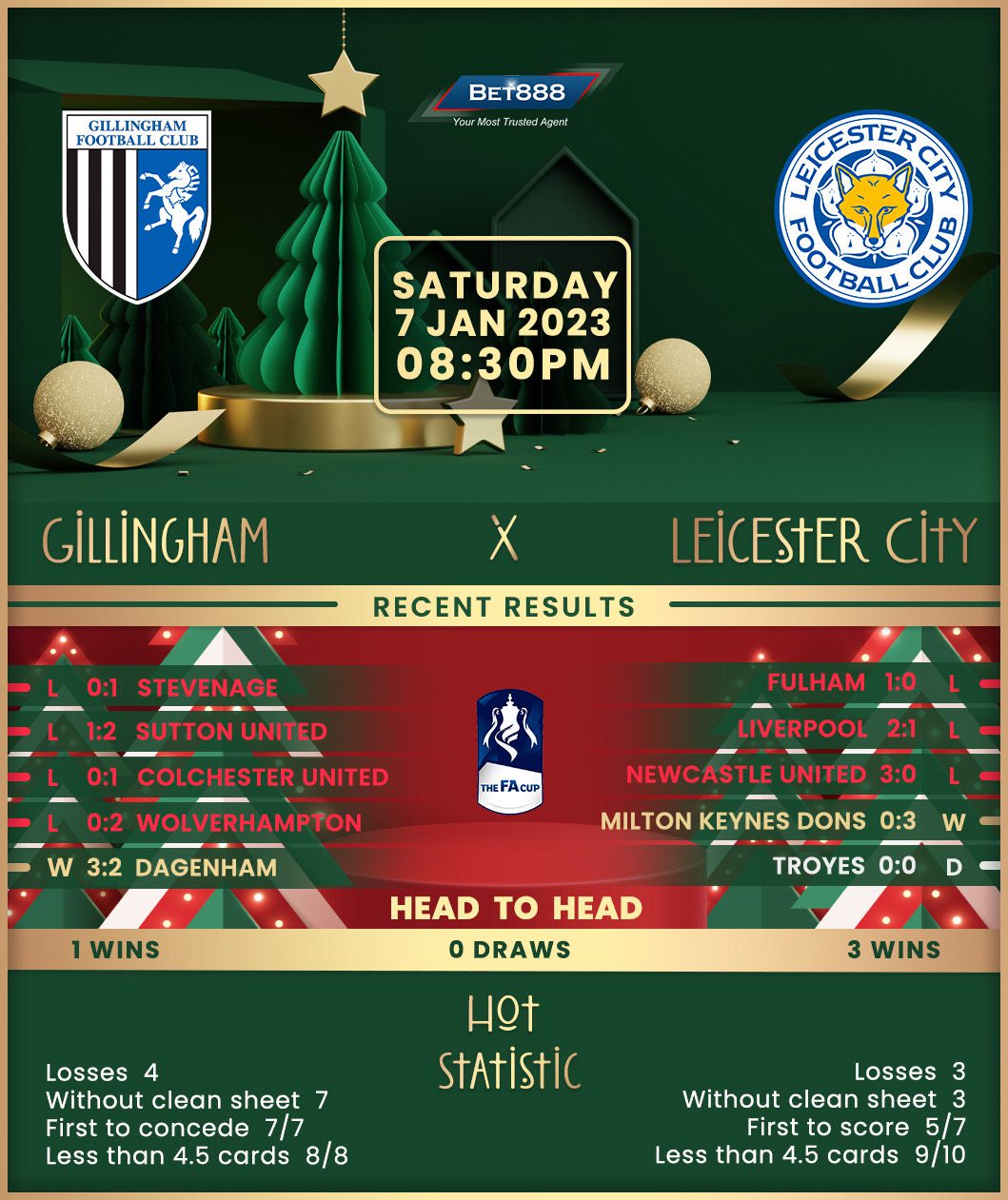