After drawing their opening three Group A3 matches via an identical 1-1 scoreline each, Germany thumped Italy 5-2 last time out to reignite their hopes of reaching the Nations League semi-finals for the first time. A victory over a Hungary side they’ve not lost to in their last four international H2Hs (W2, D2), including friendlies, would see them leapfrog their visitors into the top spot. Unbeaten in their last 13 outings (W9, D4), ‘Die Mannschaft’ have also yet to lose a home game since the inaugural Nations League edition (W2, D5). Hansi Flick’s men can ill-afford to drop the points as they travel to England for the final group stage fixture. That’s unlikely to happen, though, as the Germans have racked up five wins from seven home matches since Euro 2020 (D1).

In the meantime, despite entering Group A3 as massive outsiders, the Hungarians have defied the odds to top this highly competitive section with two games to go (W2, D1, L1). It’s worth noting that both Hungary’s victories in the ongoing Nations League campaign have come at the expense of England, including a sensational 4-0 win at Wembley Stadium in the previous round. On top of that, Marco Rossi’s men have shown tremendous defensive capacity as they’ve conceded fewer goals (3) than any other nation in this section thus far. With the possibility of locking down a semi-final appearance in a UEFA tournament for the first time in 50 years, the ‘Magyars’ will be out to post their first competitive triumph over Germany since 1985 and solidify their position at the top of the tree. 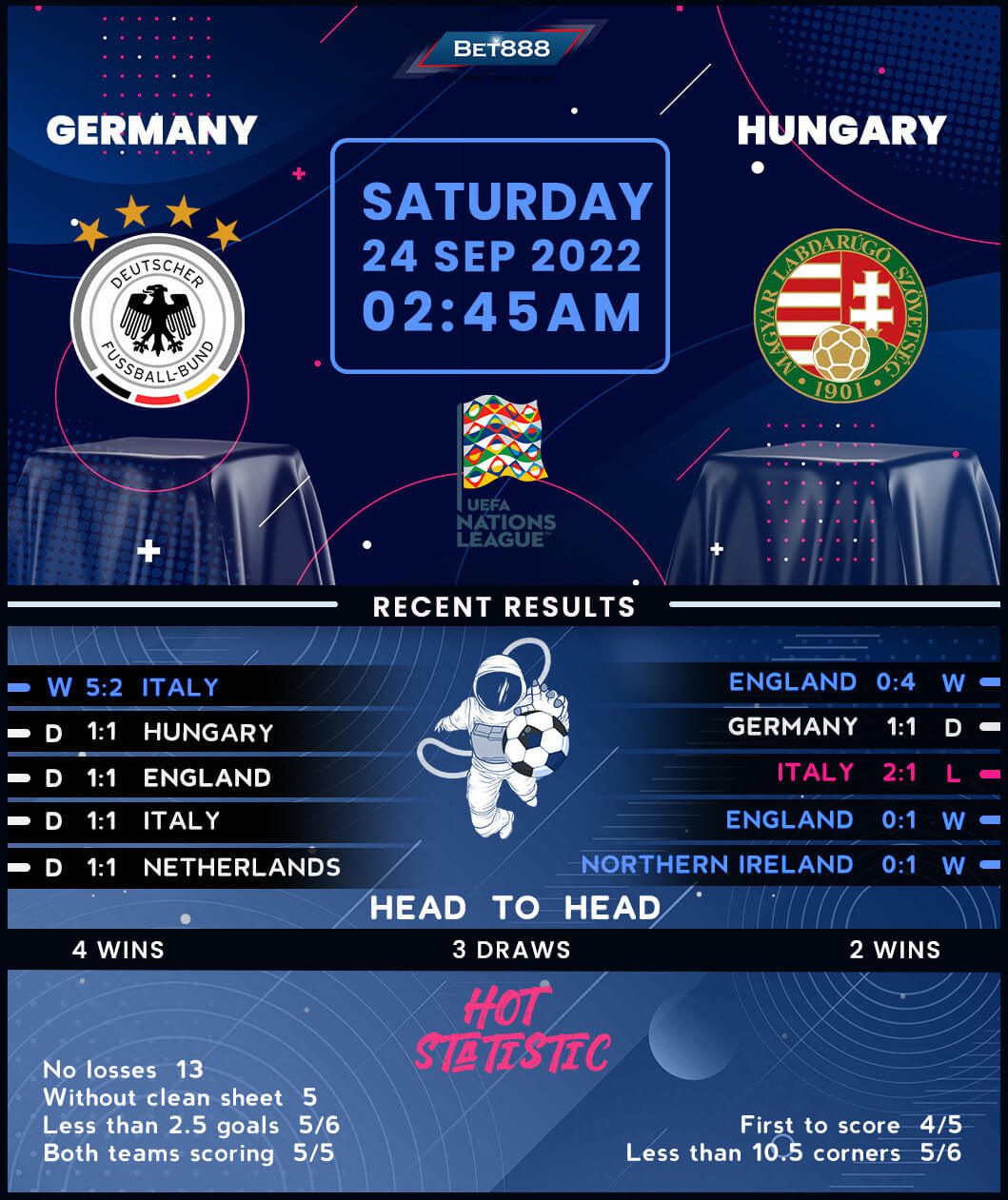