Boris Paichadze Dinamo Arena is the venue as Georgia and North Macedonia battle it out for a top place in Nations League Group C4.

A second Nations League promotion is within reach for Georgia as they come into this fixture unbeaten in all four Group C4 outings (W3, D1). Before a goalless home draw with Bulgaria last time out, the Georgians had won three straight Group C4 matches via multi-goal margins, netting 3+ goals on each occasion. Avoiding defeat here would lock down Georgia’s place in the Nations League playoffs. After going unbeaten in 15 of their 16 historical games in the competition, they’ll be confident of pulling that off. Revenge will be on the menu as the ‘Crusaders’ aim to avenge losing the Euro 2020 playoff final to the same opponent. Defensively almost impenetrable, Willy Sagnol’s men have kept seven clean sheets in their last eight international assignments.

As for North Macedonia, a thumping 4-0 home triumph over Gibraltar last time out has reinforced their bid to secure a top spot in this group, bringing them only three points adrift of pacesetters Georgia. However, a lack of consistency that has seen the visitors alternate between winning (2) and not winning (D1, L1) across their four Group C4 matches could pose a threat to their hopes of beating Georgia for just the second time in five meetings (D2, L1). On a more positive note, since exiting Euro 2020, the ‘Lynxes’ have suffered just one defeat on their seven international travels (W4, D2), scoring 2+ goals on four occasions. By contrast, the North Macedonians have landed just one win across their last five away matches in the Nations League (D3, L1). 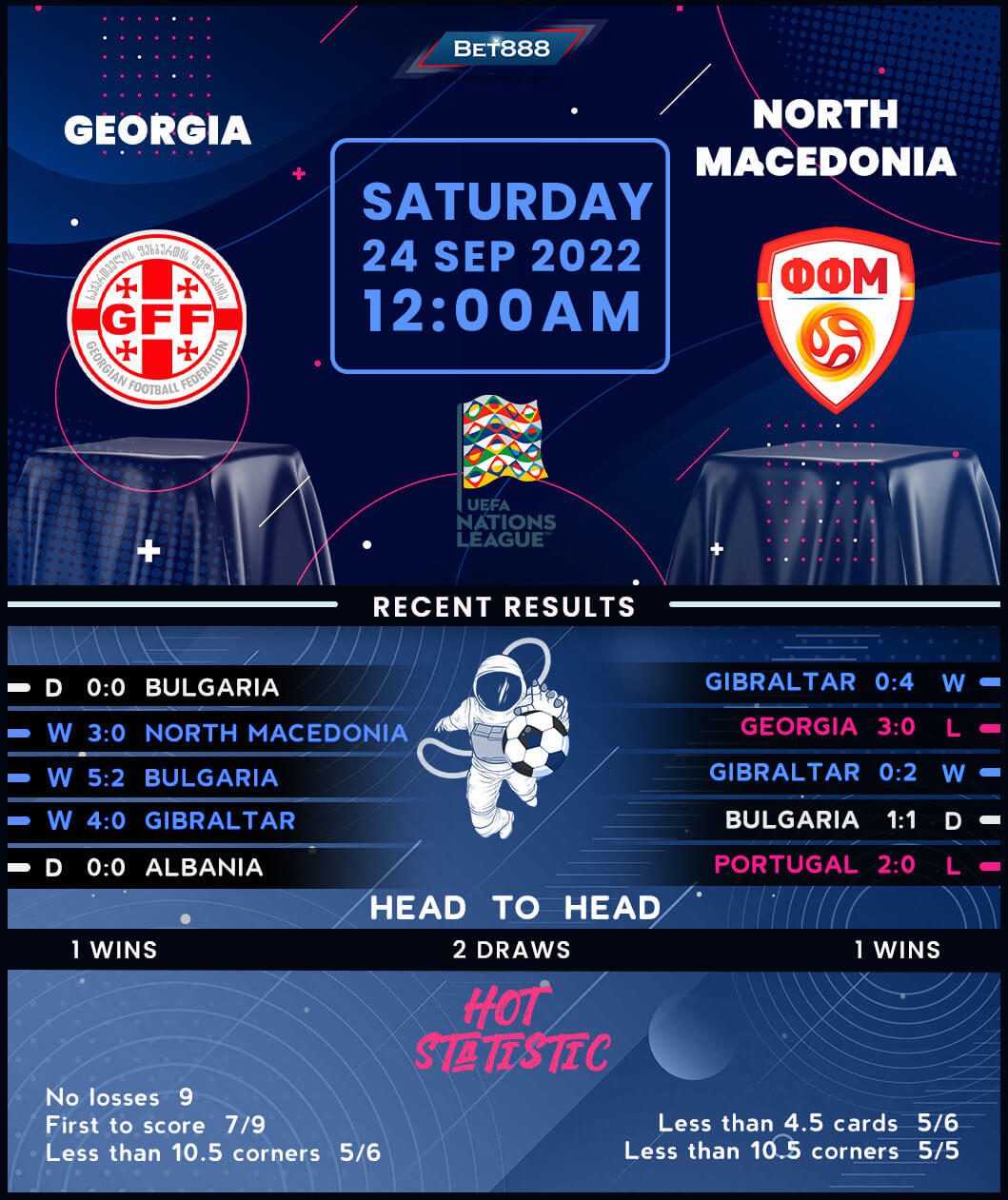