Fulham and Newcastle United are set to trade tackles at Craven Cottage in an exciting top-half Premier League clash.

Unlike some of their previous Premier League participations, promoted Fulham look keen to defy their status as an archetypal ‘yo-yo’ club this term. Inspired by free-scoring striker Aleksandar Mitrovic, Marco Silva’s men have racked up 11 points from their opening seven Premier League matches (W3, D2, L2), entering September’s international break in sixth. Fulham came from a 1-0 halftime deficit to beat Nottingham Forest 3-2 last time out and could win back-to-back Premier League games for the first time this term. Interestingly, the ‘Cottagers’ have won their last two Premier League home fixtures, as many as they had in their previous 21 at Craven Cottage. That should encourage the hosts’ bid to arrest a two-game losing home league streak against Newcastle.

On the other hand, Alexander Isak’s second-half penalty rescued a 1-1 draw for Newcastle United against Bournemouth on the stroke of the international break, making it six straight winless Premier League matches for Eddie Howe’s side (D5, L1). Indeed, since a 2-0 home triumph over Fulham’s fellow promoted rivals Forest, the ‘Magpies’ have failed to pick up a single league victory, heading into the international break in tenth. Newcastle’s longest winless run in the Premier League in 2022 has brought Howe under heavy scrutiny, but with a piece of history up for grabs, things could change this weekend. After winning their last two league visits to Craven Cottage, Newcastle could beat Fulham in three successive away league H2Hs for the first time. 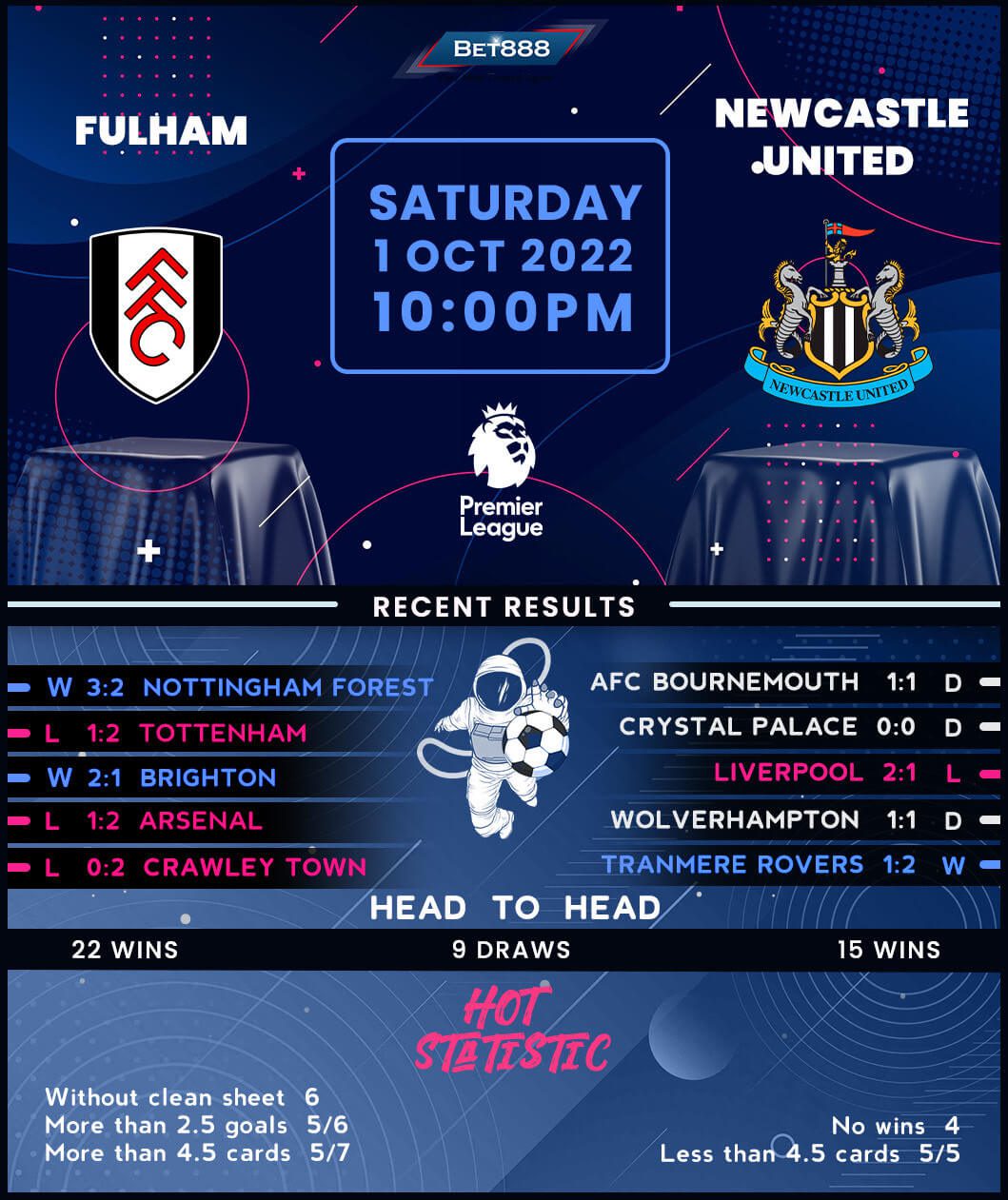