Freiburg and Borussia Dortmund are set to trade tackles in a handsomely-looking Bundesliga encounter at the Europa-Park Stadion.

Freiburg may have had to survive an extra-time drama to dispatch second-tier Kaiserslautern in the opening DFB-Pokal round earlier in July (2-1). Yet, they painted their 2022/23 Bundesliga curtain-raiser in flying colours, putting four unanswered second-half goals past Augsburg to show last season’s sixth-place finish was no fluke. Christian Streich’s men will be looking to build on their impressive matchday-one performance when they meet a Dortmund side they’ve defeated in their last two home league H2Hs, as many victories as they had in their previous 20 such clashes. Streich holds a personal grudge against Dortmund as he has lost more Bundesliga matches (14) and conceded more goals (51) versus BVB than against any other side. Particularly dangerous from set-piece plays, Freiburg netted a league joint-high 24 set-piece goals in 2021/22, which was the case in two of their four goals against Augsburg last time out.

On the other hand, Marco Reus’ 10th-minute tap-in fired Borussia Dortmund to a morale-boosting 1-0 home triumph over Bayer Leverkusen in their opening league game of the season. After getting his second managerial stint at Signal Iduna Park off to a promising start, Edin Terzic has purchased the signature of senior Bundesliga star Anthony Modeste to bolster his attacking options in the wake of Erling Haaland’s departure for Manchester City. But despite becoming the first club in Bundesliga history to win their inaugural league fixtures in eight successive seasons, ‘Die Borussen’ have lost their first away match in the last two campaigns, including a 2-1 defeat at Freiburg in 2021/22. By contrast, Terzic’s men have only lost one of their nine top-flight outings on hostile turf in 2022 (W6, D2), courtesy of a 3-1 downing at Bayern Munich at the tail-end of last season. 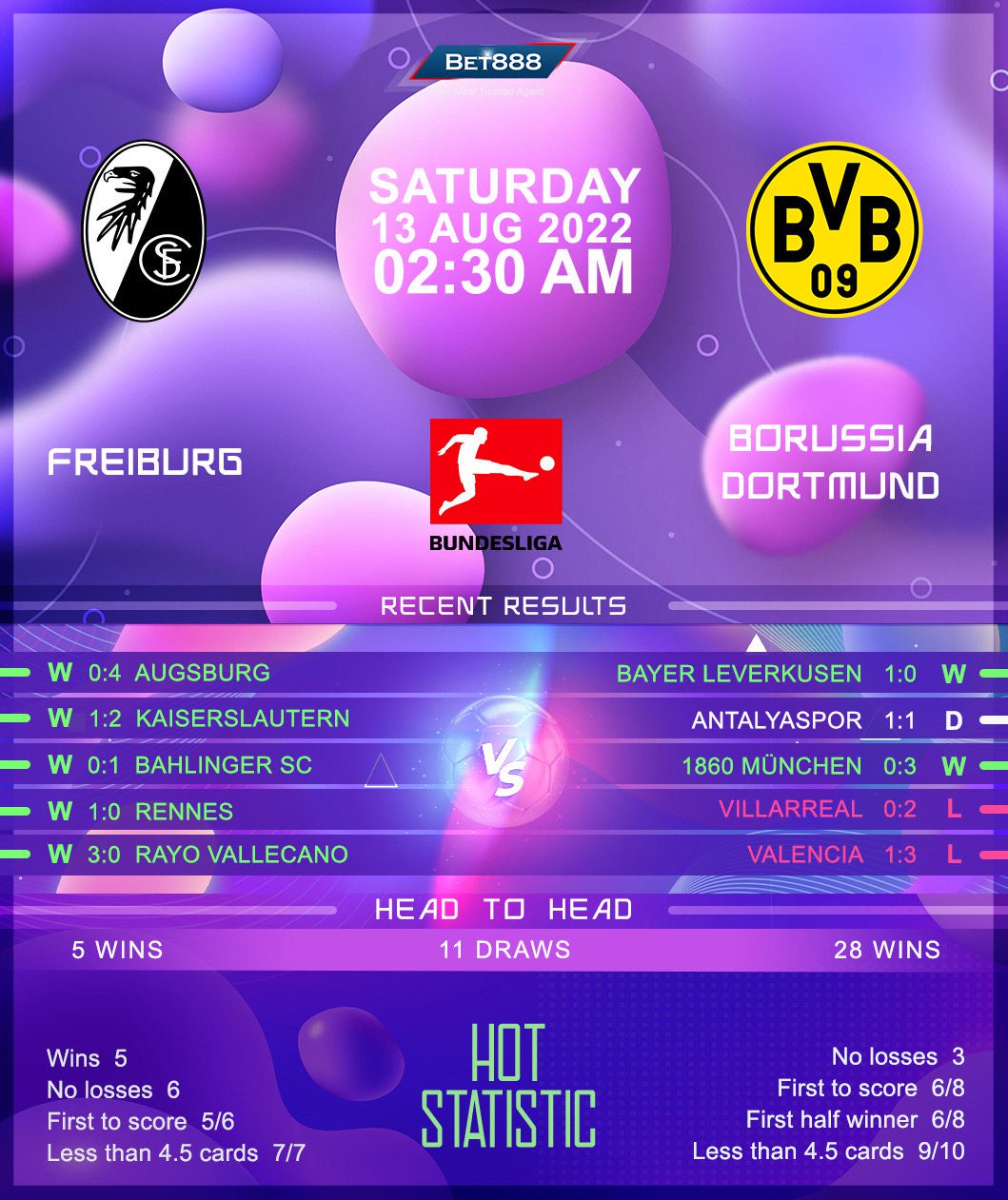