Morocco’s ‘Qatar fairytale’ faces another stern test as they take on defending champions France in a blockbuster 2022 World Cup semi-final.

France’s title defence survived a late drama as Harry Kane’s missed penalty helped them edge England 2-1 in their behemoth quarter-final tie and come to within two wins from becoming the first nation to defend the World Cup crown since Brazil in 1962. Inspired by the tournament’s leading goalscorer Kylian Mbappe (5), ‘Les Bleus’ will be looking to defy their ominously-looking World Cup record against African nations. Indeed, they’ve alternated between winning (3) and losing (3) across their six such contests to date, including a 1-0 loss to Tunisia in this competition’s Group D dead rubber. Didier Deschamps’ men would be well advised to avoid complacency after failing to keep a clean sheet in any of their five matches in Qatar. However, Deschamps has won 13 of his 17 World Cup games in charge (D2 L2), accounting for the third-best managerial record in tournament history.

On the other hand, the 2022 World Cup surprise package Morocco stunned star-studded Portugal 1-0 in the quarter-finals to become the first-ever African nation to qualify for the semi-finals of a World Cup. Having already left the likes of Belgium (group stages) and Spain (round of 16) behind them, the ‘Atlas Lions’ come into proceedings aiming to defy their disappointing H2H record against France (D2, L3) in their maiden World Cup encounter. As the only side in Qatar yet to concede from an opposition player, Morocco could become the third team in World Cup history to register five shutouts during a single tournament. If you’re looking for an omen, both nations to have achieved that feat went on to lift the Jules Rimet trophy. With that in mind, it’s no major surprise Walid Regragui’s men haven’t lost any of their last six World Cup fixtures (W3, D3), accounting for the outright record for most successive unbeaten games by an African nation in World Cup history. 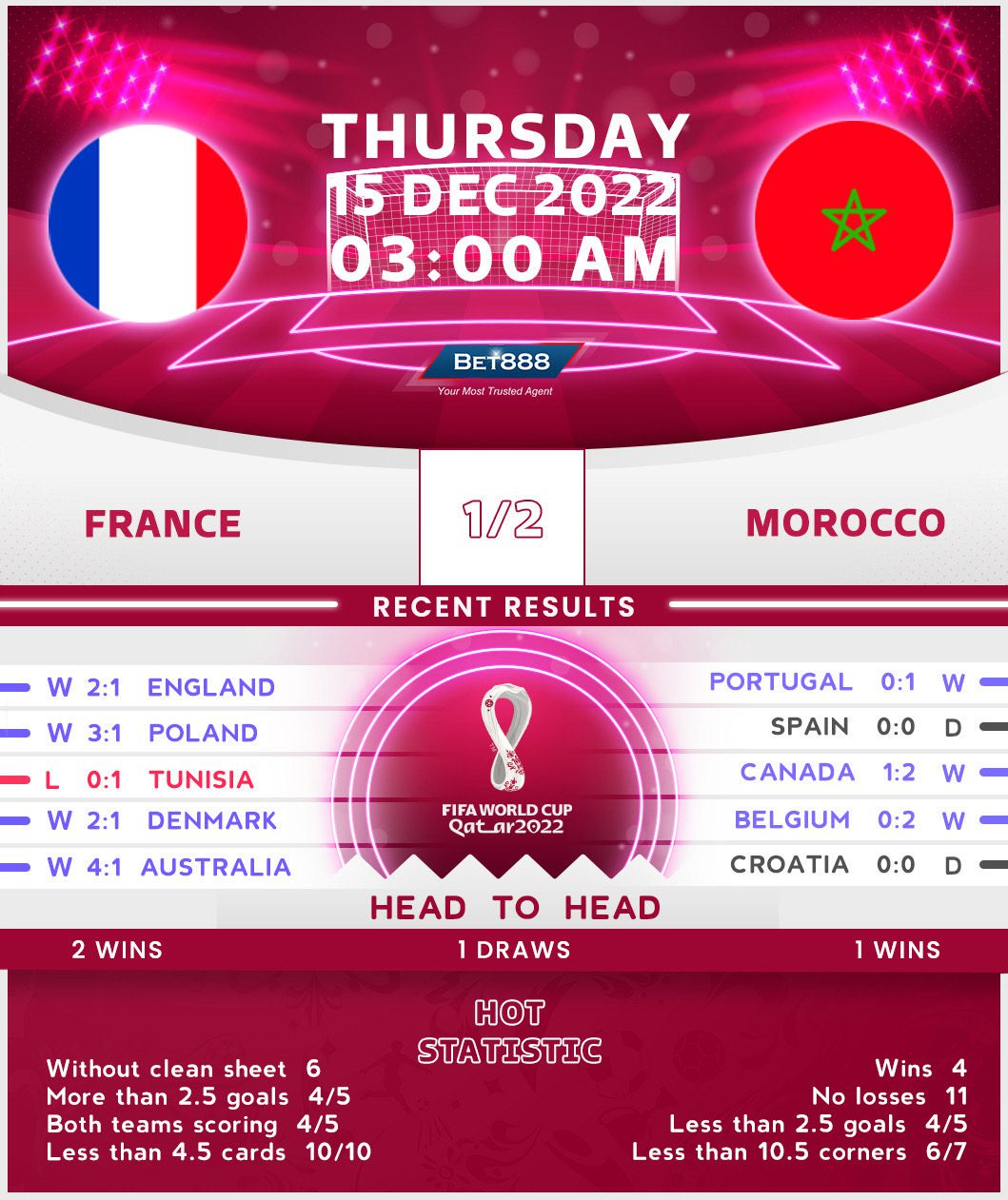