Defensa y Justicia head to the famous Maracanã to take on Flamengo in the return leg of their Copa Libertadores qualifying tie, hoping to overturn a 1-0 first-leg deficit.

The hosts have gathered momentum ahead of this encounter, going from back-to-back competitive defeats to three consecutive victories. Curiously, four of those five matches won/lost yielded a full-time margin of a single goal, with the winner in three of them coming beyond the 50th minute. It’s been ‘all or nothing’ for Flamengo over the past couple of months, given that none of their previous 13 competitive games ended as a draw (W9, L4). But, a lack of consistency on home soil has seen Renato Gaucho’s side alternate between winning (3) and losing (2) across their last five home fixtures in all competitions, with 75% of those results (win/loss) coming by a narrow one-goal margin. Yet, the Brazilian juggernauts boast an almost perfect Copa Libertadores home record in 2021 (W2, D1), netting an average of 2.00 goals per game.

Meanwhile, the visitors head into proceedings in the midst of a rough patch having picked up just one victory in their last eight matches in all competitions (D2, L5). Moreover, a nerve-shredding 4-3 away win over Flamengo’s bitter rivals Palmeiras in their most recent Copa Libertadores trip remains Defensa’s solitary success in six competitive away games (D2, L3). They are now looking to end a run of eight straight travels without a clean sheet, having conceded 2+ goals in 50% of those trips. A lackadaisical finishing could pose a problem for the Argentinean outfit here, considering they’ve scored one goal or less in all but two of their last 13 matches in all competitions. That being said, Sebastian Beccacece’s men have found the net before half-time in three of their previous four competitive games. 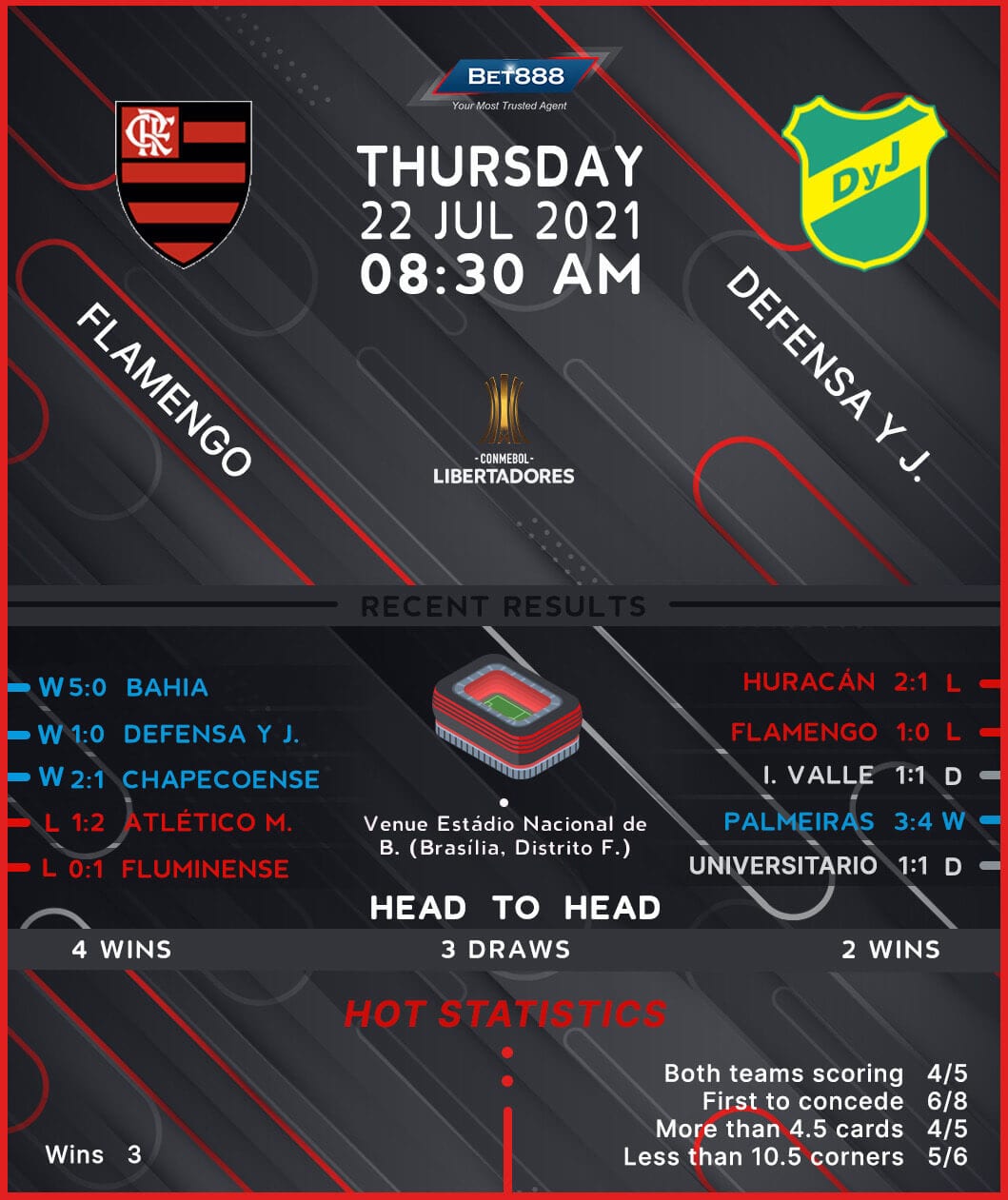