Following an embarrassing six-match winless Premier League start (D4, L2), Frank Lampard’s men have won back-to-back league matches via a single-goal margin, including a come-from-behind 2-1 victory at Southampton last time out. Everton’s mini-revival has eased some pressure on Lampard’s shoulders, as he looks to become only the third ‘Toffees’ manager to win his first two Premier League meetings with Man Utd following his side’s 1-0 win in the most recent H2H. Achieving that feat would see the Merseyside outfit put together three consecutive Premier League triumphs for the first time since March 2021 and go unbeaten in seven league outings on the trot for the first time since December 2017. Yet, you’d have to go back to the 2013/14 season for Everton’s last consecutive league wins over United.

In the meantime, Manchester United did well to bounce back from a humiliating 6-3 defeat at Manchester City in last weekend’s derby match and pull off a comeback 3-2 win at Omonia Nicosia in midweek Europa League action. After being knocked down from a four-game winning Premier League streak, the ‘Red Devils’ will be out to not only get back on track but defy their disastrous recent form on the road. Erik ten Hag’s men have suffered eight defeats across their last ten top-flight travels (W2), including two this season. However, Man Utd scored three goals at the Etihad Stadium in the previous round, as many as in their eight away league games beforehand combined. That’s a small consolation for the visitors, who have picked up just one win in their last seven Premier League clashes against Everton (D4, L2). 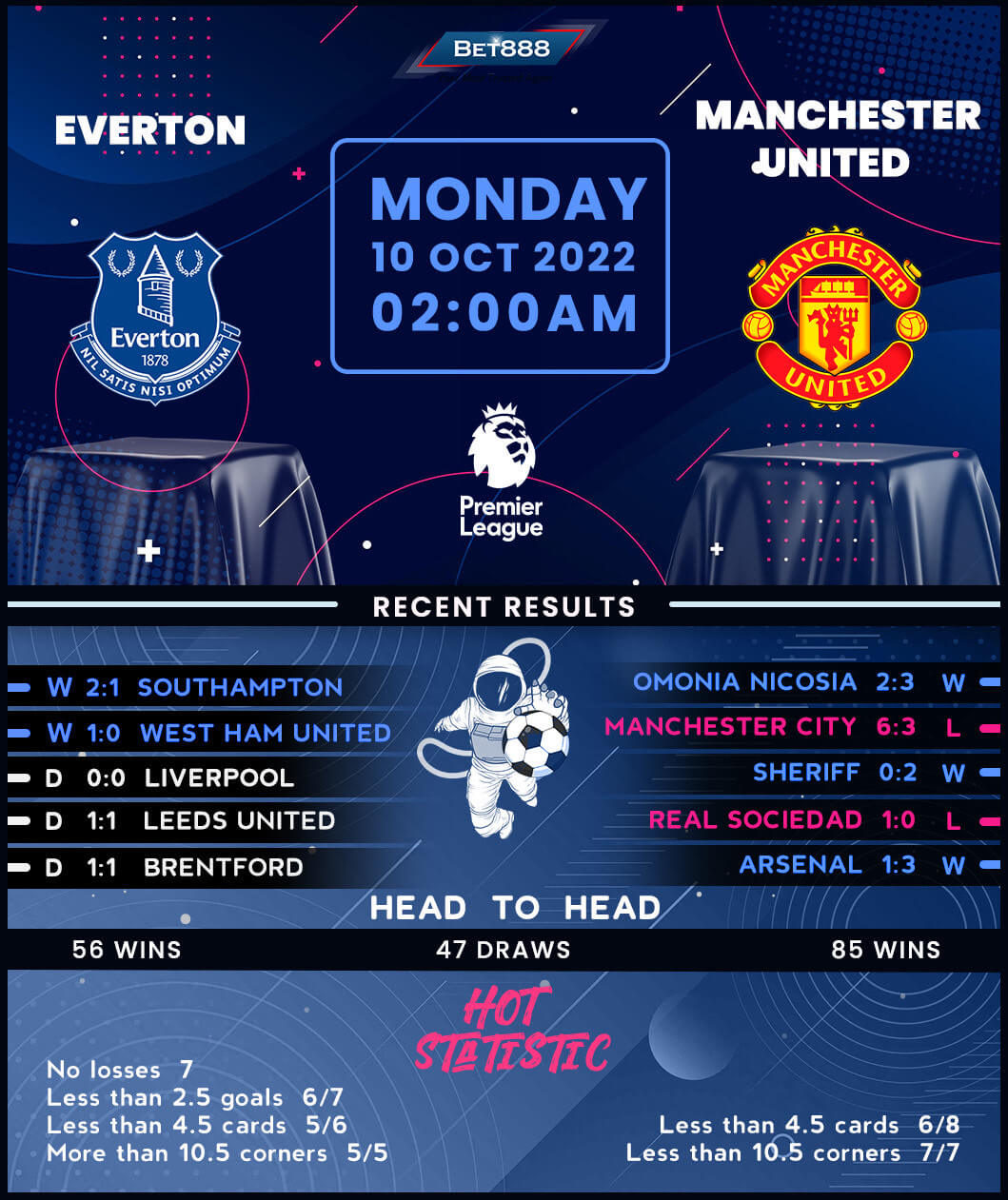