Saturday’s Premier League action gets underway at Goodison Park as Everton and Liverpool go head-to-head in the 292nd edition of the famous Merseyside derby.

After taking their survival battle to the final day of last season, Everton could be in for another season-long fight against the drop. Frank Lampard’s men had opened the new Premier League season with back-to-back defeats but have since strung together a hat-trick of 1-1 draws. Coming into this matchday as one of only three sides yet to pick up a single Premier League win this term, the ‘Toffees’ are unlikely to avenge a brace of multi-goal margin H2H defeats from 2021/22. By extension, they’ve racked up just one victory in their last 23 top-flight clashes against Liverpool (D12, L10). Conversion rate has tormented Lampard this season, with his side netting a mere four goals in their opening five league fixtures despite averaging five shots on target per game.

On the other hand, Liverpool’s stuttering three-game winless start to the new Premier League campaign looks like a distant memory (D2, L1). Following a record-equalling 9-0 victory over Bournemouth last weekend, the ‘Reds’ orchestrated a sensational second-half comeback to beat Newcastle United 2-1 in midweek, courtesy of Fabio Carvalho’s 98th-minute winner. However, after picking up seven wins from their final eight Premier League road trips at the tail-end of last season, Jurgen Klopp’s men have gone winless in both away league games in 2022/23 (D1, L1). Another failed attempt to capture three points at Goodison would see Liverpool start a new top-flight season without a win from their opening three away games for the first time since 2010/11. That’s not impossible, considering they’ve drawn eight of their last 11 Premier League visits to Everton (W3). 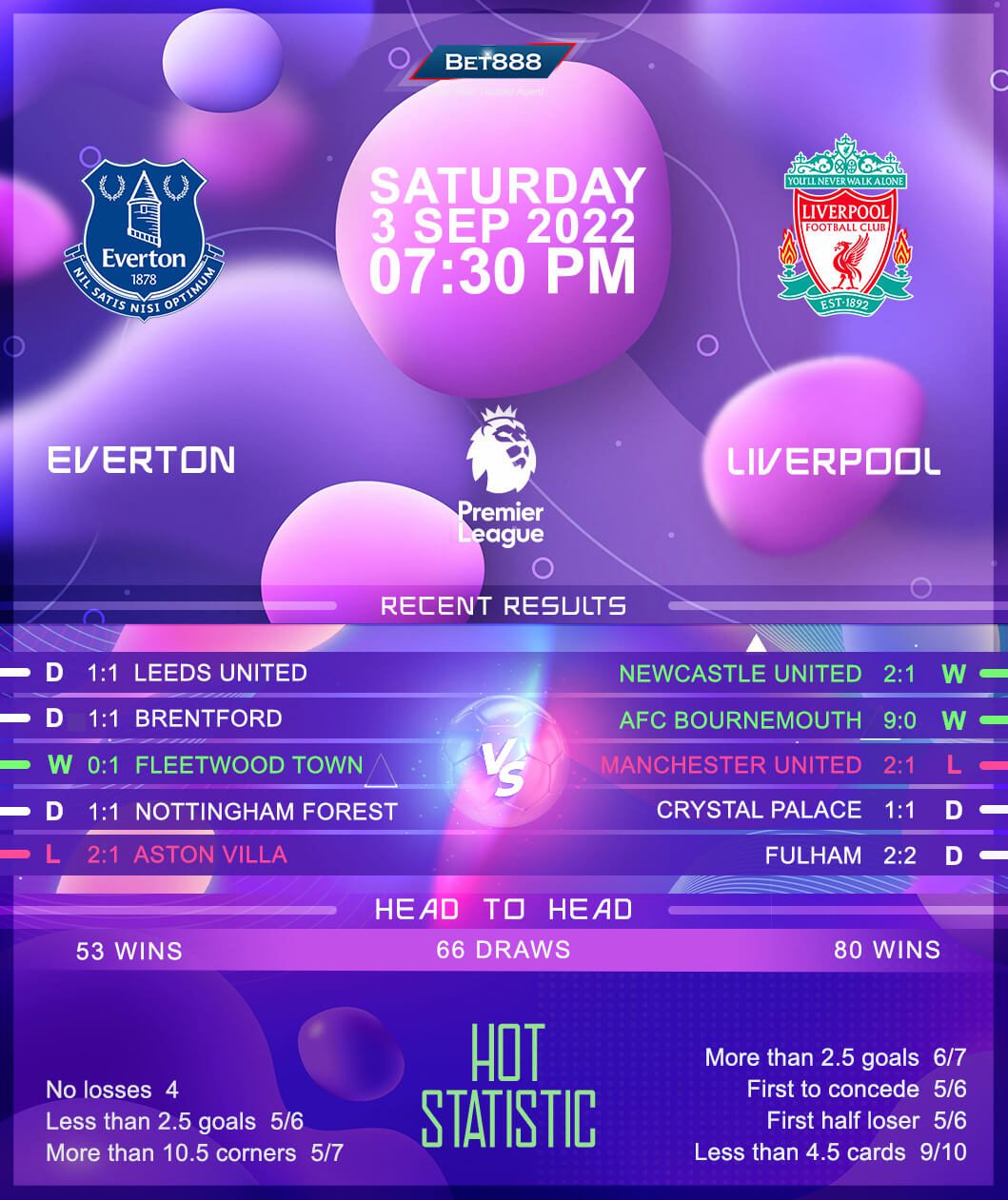