Estonia’s bid to return to League C a year since being demoted from the third tier is on the right path after they’ve won both Group D2 matches via an aggregate score of 4-1. Avoiding defeat in this encounter would seal the deal for the ‘Blueshirts,’ who have racked up three wins from their last four H2Hs (D1), including friendlies. Delivering action from the get-go, the Estonians have found the net inside the 25 minutes of play in both League D fixtures this term. But the Nations League has never been kind to Estonia, who managed just one win from their 14 outings in the competition (D5, L8) before a brace of triumphs during the ongoing season, albeit in the lowest tier.

In the meantime, visiting Malta found themselves on the wrong side of a 2-1 scoreline in the reverse fixture in June but have won both remaining Group D2 meetings with San Marino ‘to nil.’ Level on points with section-toppers Estonia, the visitors need a victory by a 2+ goal margin to stay in contention for promotion to League C for the first time in the nation’s history. Anything other than that would derail Malta’s hopes of reaching the promotion playoffs to San Marino’s potential upset on the final matchday, which doesn’t seem plausible. But there’s not much the ‘Knights of Malta’ can hope for in Tallinn after registering just two wins on their last 23 international travels (D5, L16). 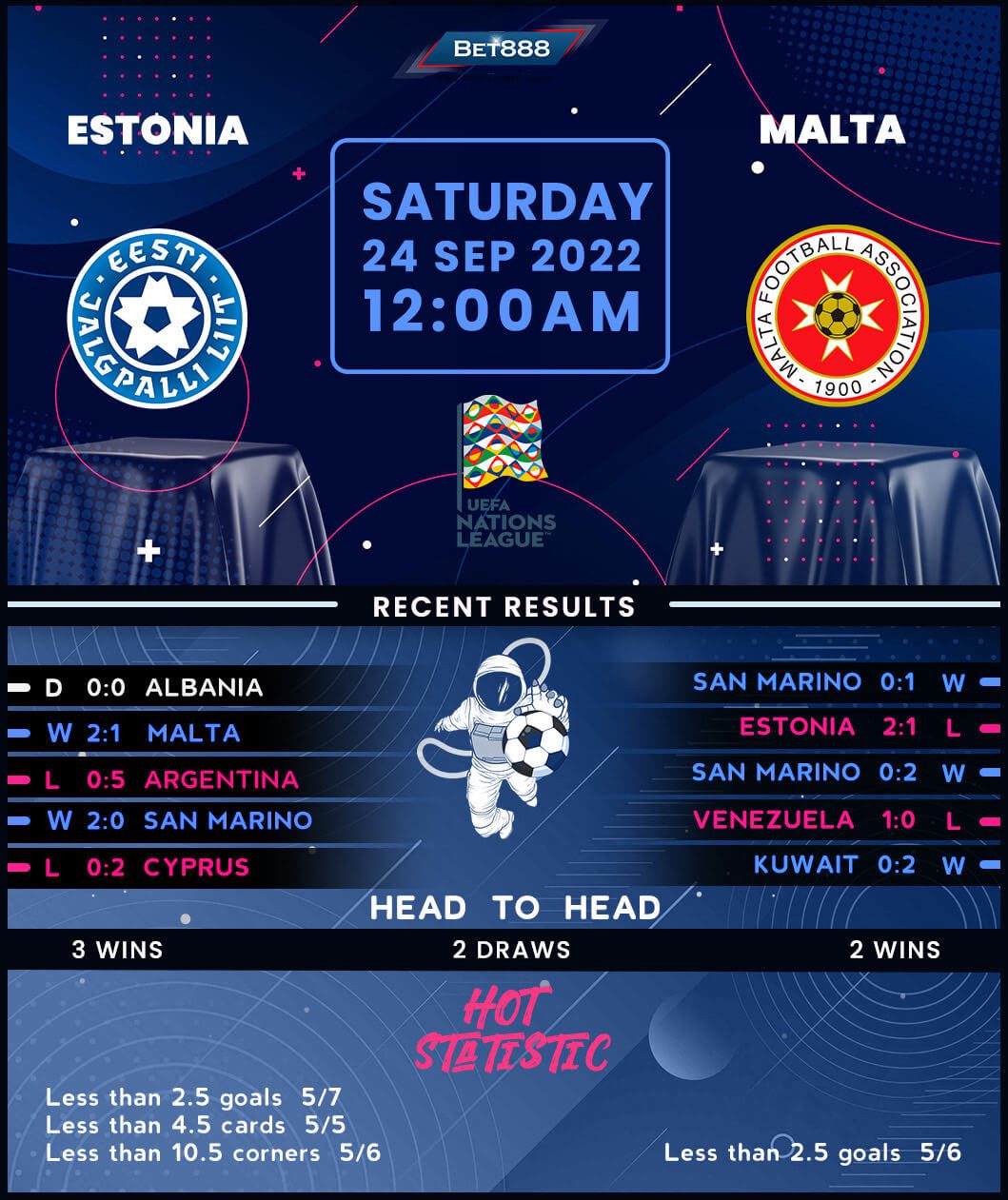