The two underperforming sides will trade tackles at the RCDE Stadium this midweek as Espanyol and Villarreal meet each other in the ultimate La Liga round ahead of the World Cup break.

Tipped for a season-long fight against the drop, Espanyol have thus far lived up to their status as relegation candidates, picking up only two wins from the opening 13 La Liga rounds (D6, L5). After stringing together three consecutive league draws in the wake of a 1-0 defeat at Osasuna in mid-October, ‘Los Periquitos’ come into this matchday frantically looking over their shoulders, with 18th-placed Celta Vigo only one point adrift. Diego Martinez’s men can draw inspiration from a three-match unbeaten home league streak (W1, D2). But it may tuck them into a false sense of security, as they should be all too aware of an underwhelming run of one win from their last nine top-flight home outings (D4, L4).

If there was a time for new boss Quique Setien to get his abysmal two-game touchline start at Villarreal in La Liga (L2), it’s now. It’s been a thoroughly disappointing top-flight opening for ‘El Submarino Amarillo’ as they’ve registered just five wins from 13 league matches thus far (D3, L5), mainly thanks to their woeful away form. Since winning their first two La Liga games on hostile turf, Setien’s men have gone winless on their subsequent six league travels (D2, L4), failing to get on the scoresheet on each occasion. Desperate to bring their worst-ever scoreless away run in La Liga to a halt, Villarreal will bank on their impressive return of just one defeat from their last 12 top-flight visits to Espanyol (W3, D8). 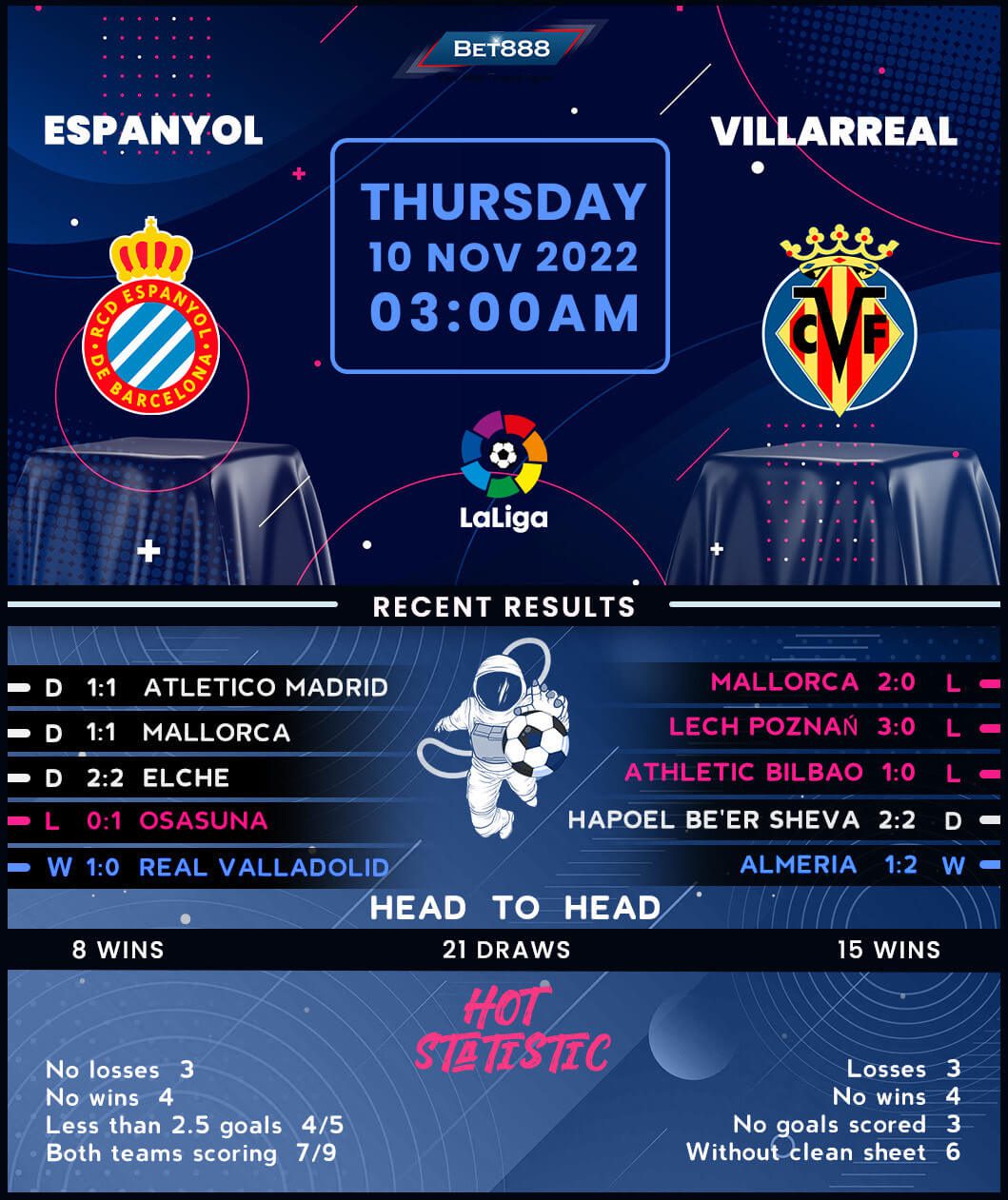