Serie A top-four hopefuls Atalanta take a trip to the Stadio Carlo Castellani to face off against mid-table strugglers Empoli.

There’s no doubt Empoli fans would have settled for a mid-table safety 11 rounds into the 2022/23 Serie A season, and that’s what Paolo Zanetti’s men have delivered (W2, D5, L4). However, last weekend’s dreadful 4-0 defeat away to Juventus may have dampened the home side’s spirits, who came out 1-0 victors against promoted Monza in their most recent home outing. In addition to snapping a four-match winless home league start (D2, L2), Empoli could win back-to-back top-flight fixtures at Carlo Castellani for the first time since December 2021. That’s easier said than done, considering Zanetti’s lads have failed to get on the scoresheet in 60% of their Serie A encounters against Atalanta. Yet they did win the last time these two sides met in May (1-0) and could now reach an unprecedented feat by winning consecutive top-flight H2Hs for the first time.

As for Atalanta, last weekend’s underwhelming 2-0 home defeat at the hands of Lazio knocked ‘La Dea’ down from a 100% unbeaten Serie A start (W7, D3, L1), seeing them fall five points behind pacesetters Napoli. Unlike many previous seasons, when they were one of the most exciting Italian clubs to watch, Gian Piero Gasperini’s men have found goals hard to come by this term, averaging just 1.45 goals per Serie A game. But they’ve been nothing short of outstanding on the road thus far, having racked up a four-game winning league start on the road before drawing 2-2 at Udinese last time out. Interestingly, before conceding twice at the Dacia Arena, Atalanta had kept a clean sheet on each of their opening four Serie A travels in 2022/23. 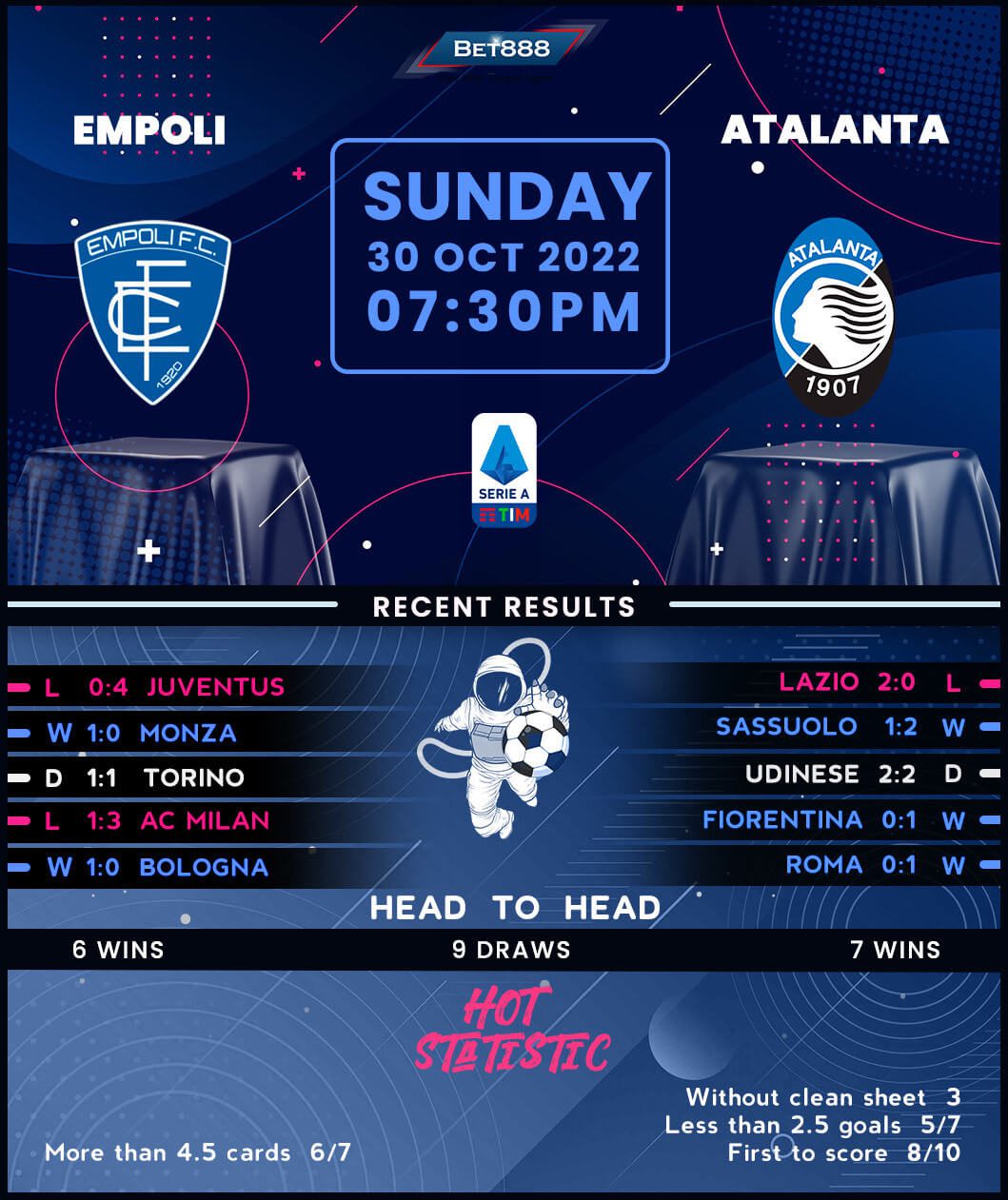