The two top-placed sides of the Europa League Group H are set for a face-to-face meeting, with Eintracht Frankfurt looking to take on Lazio at the Commerzbank-Arena.

The Eagles have managed to outscore Olympiquede Marseille 2-1 on the opening matchday, in France, despite having 10 men on the field in the final half-hour. Meanwhile, in the Bundesliga, Die Adler currently occupy the 11th place mainly thanks to a bumpy start of the season, which saw them losing three out of last five league matches. A promising 4-1 victory over Hannover 96 last weekend was Frankfurt’s first home triumph this season following a 2-1 loss to Werder Bremen and a 1-1 draw with RB Leipzig.

The Bianconeri, on the other hand, are yet to play a draw this season, as they’ve won four and lost three Serie A matches while defeating Apollon in the Europa League opener by two goals to one. Last weekend’s 3-1 defeat to city rivals AS Roma ended Lazio’s 5-game winning streak, and it was also the first time Le Aquile conceded 3 goals in one game this year. So far, the Rome-based outfit featured in four away matches, defeating Empoli and Udinese while losing to Juventus and Roma, having managed to keep a clean sheet only once in the process.

Adi Hutter won’t have Timothy Chandler, Goncalo Paciencia, Carlos Salcedo, and Jetro Willems at his disposal as all are struggling with injuries, while the appearance of David Abraham, Francisco Geraldes, and Taleb Tawatha still hangs in the balance. As for the visitors, Simone Inzaghi won’t be able to count on Jordan Lukaku and Stefan Radu, as both are yet to return to full fitness. 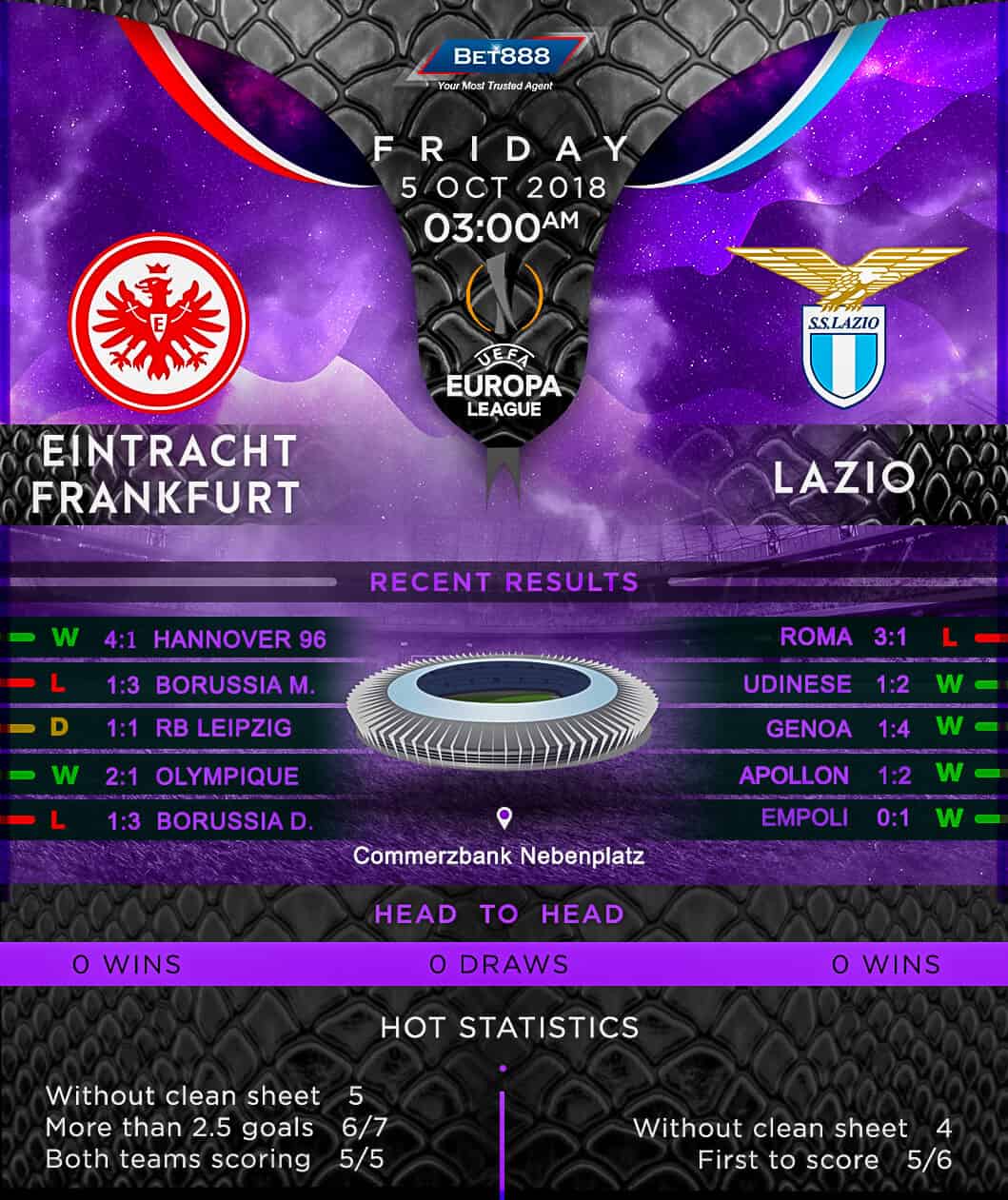