Dinamo Zagreb will be looking to overturn a narrow 1-0 first-leg deficit when they meet Bodo/Glimt at the Stadion Maksimir in the return leg of their Champions League playoff tie.

After back-to-back eliminations in Champions League qualifying, Dinamo will be keen to bounce back from a tight defeat in Norway and build on their eye-catching run of four home victories. Coming into this fixture, Ante Cacic’s men thrashed fierce domestic rivals Osijek 5-2 at home, which forms part of their formidable home run during which they’ve not lost a single home outing since December 2021. On top of that, the record-time Croatian champions have only suffered one defeat in their last ten European home encounters (W5, D4), averaging three goals per game in their two Champions League qualifiers this season (W1, D1).

In the meantime, visiting Bodo/Glimt are potentially 90 minutes away from qualifying for their first-ever Champions League group stage appearances, a feat that looked virtually impossible when they suffered relegation to the Norwegian second-tier in 2008. That same year Rosenborg were the last Norwegian side to feature in the Champions League group phase, the same feat they are vying for here. Since falling to a narrow 1-0 loss to Linfield in their opening Champions League qualifying leg, Kjetil Knutsen’s men have put together nine competitive matches without losing (W7, D2), including a 2-2 draw with Ham-Kam last time out. An identical result would be enough to help Bodo/Glimt achieve historic success, though an abysmal return of two wins from 16 European away games this century spells trouble (D6, L8). 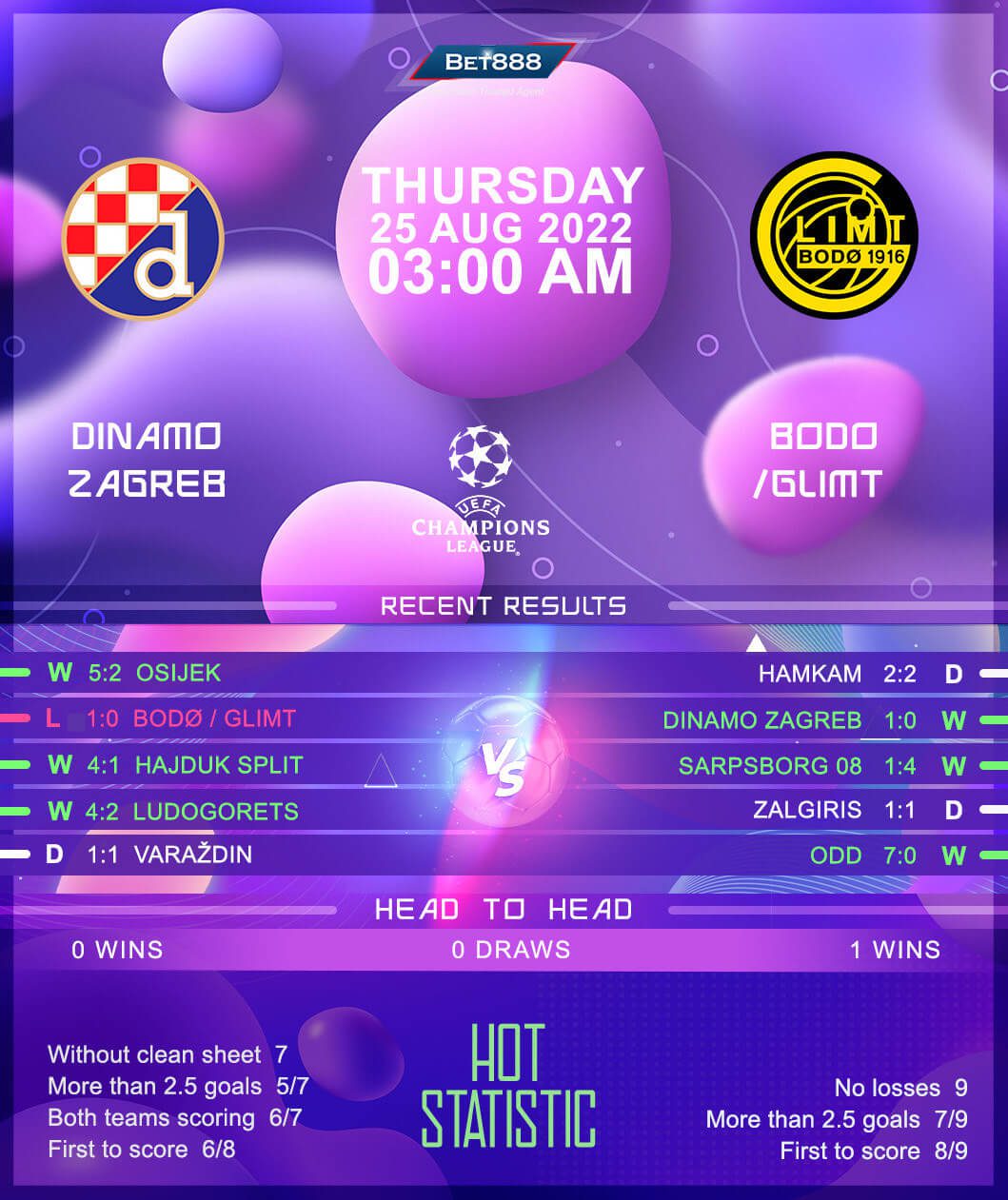