A K League 1 playoff battle is heating up as ninth-placed Daegu take on fifth-placed Incheon United at the DGB Daegu Bank Park.

Daegu’s bid to reach the K League 1 playoffs has suffered a series of blows as the hosts come into this round winless in seven league matches (D5, L2), including a 2-1 home defeat to Suwon Bluewings last time out. Alexandre Gama’s men have earned a reputation as the ‘stalemate specialists’ after drawing a league-high 12 league games this season, which has been the case in three of their last five home league outings (W1, L1). If they are to whittle down a six-point gap on the coveted playoff zone, Daegu would be well advised to open the scoring after registering just one win from ten top-flight fixtures when conceding first this season (D5, L4).

Meanwhile, Incheon United are fifth in the K League 1 table, four points clear of seventh-placed Gangwon, yet they are not having the best of times. A 1-1 home draw with Suwon last time out made it six winless league matches from seven (D4, L2). A lack of scoring prowess saw Incheon net under 1.5 goals six times during that seven-game sequence, casting doubt on their hopes of extending a three-match unbeaten league run against Daegu (W2, D1). But the ‘Mariners’ will draw confidence from netting precisely two goals in their last three top-flight meetings with this opposition. After bagging one goal or fewer in six of their seven previous league travels, Incheon cannot afford to rely on their recent H2H record. 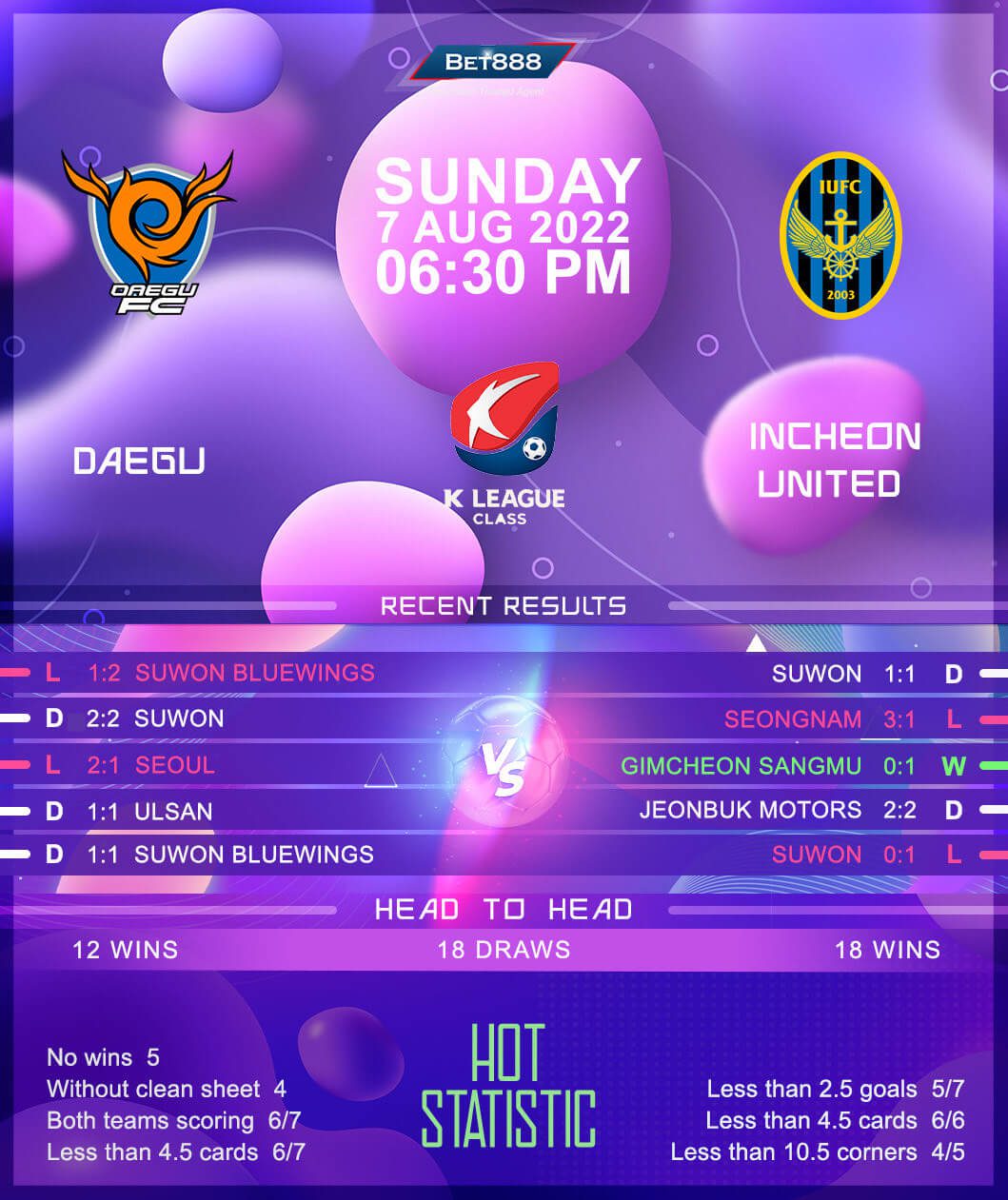