High-flying Greece take a trip to the AEK Arena to take on out-of-sorts Cyprus in an exciting Nations League showdown.

Cyprus’ hopes of extending their League C status for the third time are hanging in the balance following their abysmal four-match winless Group C2 start (D2, L2). The hosts have to better Northern Ireland’s results on the final two matchdays to secure salvation. After drawing a blank in their opening three Group C2 outings, Cyprus scored on either side of halftime in a 2-2 stalemate away to Northern Ireland last time out. That’s perhaps the only encouragement for head coach Temur Ketsbaia as his men have failed to win five times in the six previous internationals on home soil (D2, L3), drawing a blank on four occasions. If that’s not enough to ring the alarm bells, a six-game losing H2H run against Greece should.

In the meantime, the Nations League has never been kind to Greece up until this season, as Gus Poyet’s men have won all four Group C2 fixtures by an aggregate score of 7-0! As a result, the Greeks are the only side in this season’s tournament to ensure promotion ahead of matchday four, having taken part in League C since the Nations League’s inception. However, while both home triumphs during that stretch yielded multi-goal margins, a pair of narrow 1-0 victories away to Northern Ireland and Kosovo suggests they lack conviction on the road. Seeking five wins on the trot for the first time in almost nine years, the visitors won’t lack motivation. With their last six away internationals seeing the winner keep a clean sheet (W4, L2), scoring first could prove crucial for either side. 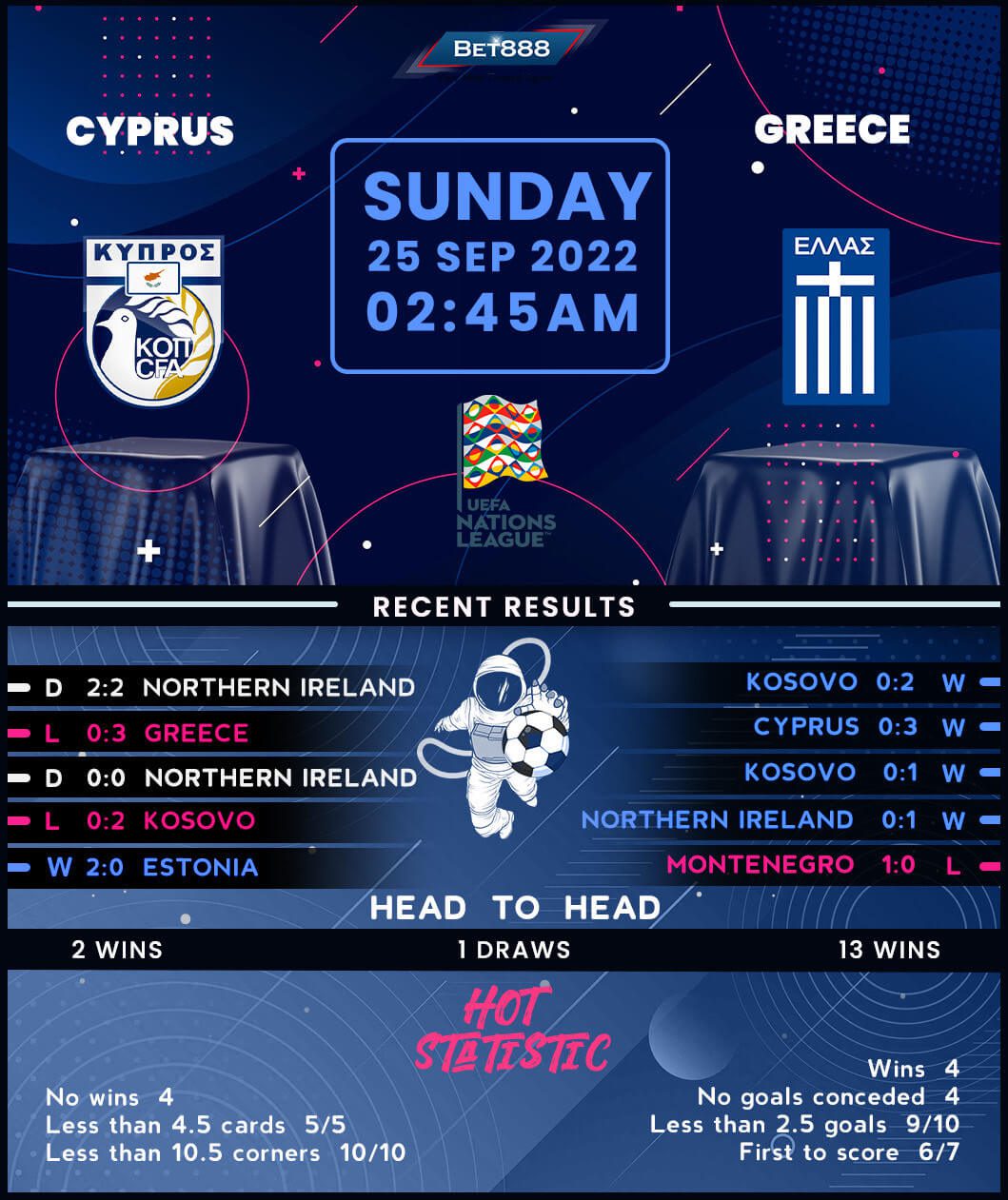