Regnum Carya Golf & Spa Resort is the venue as Crystal Palace and Trabzonspor go head-to-head in a mid-season friendly.

Stuck in mid-table Premier League lethargy and with only a handful of their first-team members taking off for Qatar, Crystal Palace hoped to use mid-season preparation to rally their troops following a 1-0 defeat to Nottingham Forest on the stroke of the World Cup break. However, the ‘Eagles’ experienced a stuttering start to their warm-up campaign, drawing 0-0 with Brazilian outfit Botafogo a few days ago. Not just winless in three straight matches (D1, L2), Patrick Vieira’s team failed to get on the scoresheet on each occasion in that span. Indeed, scoring has been a genuine issue for Palace of late, with the London side netting just three goals across their last six outings, failing to find the net four times in the process.

In the meantime, reigning Super Lig champions Trabzonspor have been unrecognisable this season and are already six points off the title race in the Turkish championship. Having played out back-to-back scoring league draws as pre-match favourites in the lead-up to the Qatar showpiece, the ‘Black Sea Storm’ hoped to bounce back during the mid-season break. Yet, an underwhelming 1-1 draw with Championship strugglers Hull City was hardly a satisfying result, making it just one win in five matches for underperforming Abdullah Avci’s men (D3, L1). They’ve at least been regular on the scoring board, netting in eight successive games at an average of 1.62 goals per match. That will do them no good unless they defy a poor run of conceding in four of their last five fixtures. 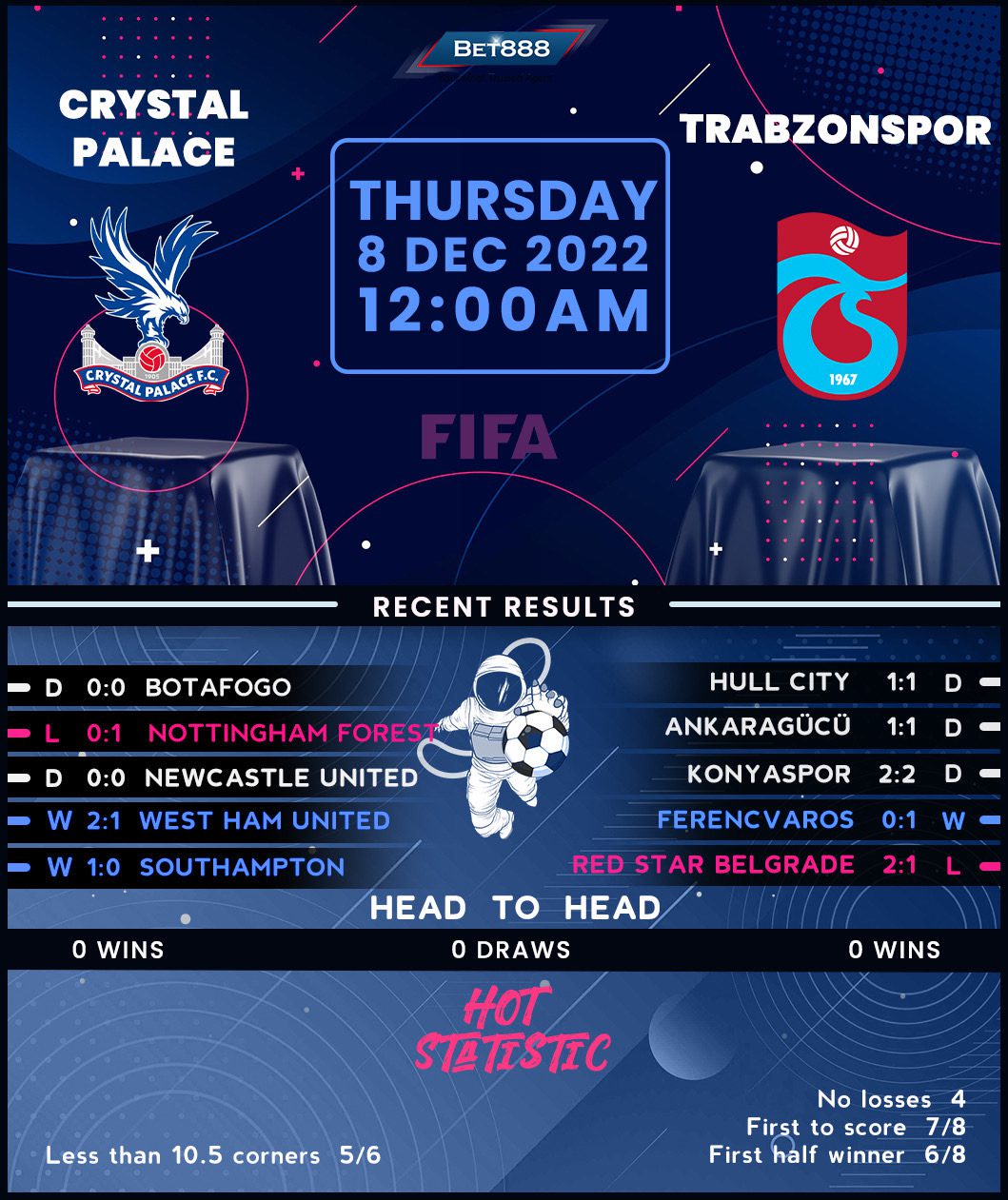