It’s been a poor start to the season for Crystal Palace, who, barring a 3-1 home thrashing of Aston Villa in August, have failed to win none of their five remaining Premier League matches (D3, L2). Heading into this fixture, Patrick Vieira’s men have gone winless in three successive league outings (D2, L1), throwing the Frenchman’s future in London into doubt. Therefore, Chelsea’s upcoming visit to Selhurst Park could not have been timed any worse as Palace have lost their last nine Premier League matches against this opposition! But on the bright side, the hosts have only lost once in their nine previous home league matches (W4, D4), courtesy of a 2-0 defeat to fellow London rivals Arsenal on the opening weekend of the 2022/23 season.

On the other hand, since an action-packed 2-2 home draw with Tottenham Hotspur in late August, Chelsea have alternated between winning (2) and losing (2) across their subsequent four Premier League games. The visitors’ topsy-turvy league form, combined with a 1-0 loss to Dinamo Zagreb in their Champions League curtain-raiser, saw the ‘Blues’ sack Thomas Tuchel on the stroke of September’s international break. Former Brighton manager Graham Potter could only manage a 1-1 Champions League draw with RB Salzburg on his touchline debut as he warms up for his Premier League inauguration. There’s a good omen for Potter, as the ‘Pensioners’ haven’t drawn any of their last 22 top-flight matches against Palace, racking up 18 wins and four defeats in that period. 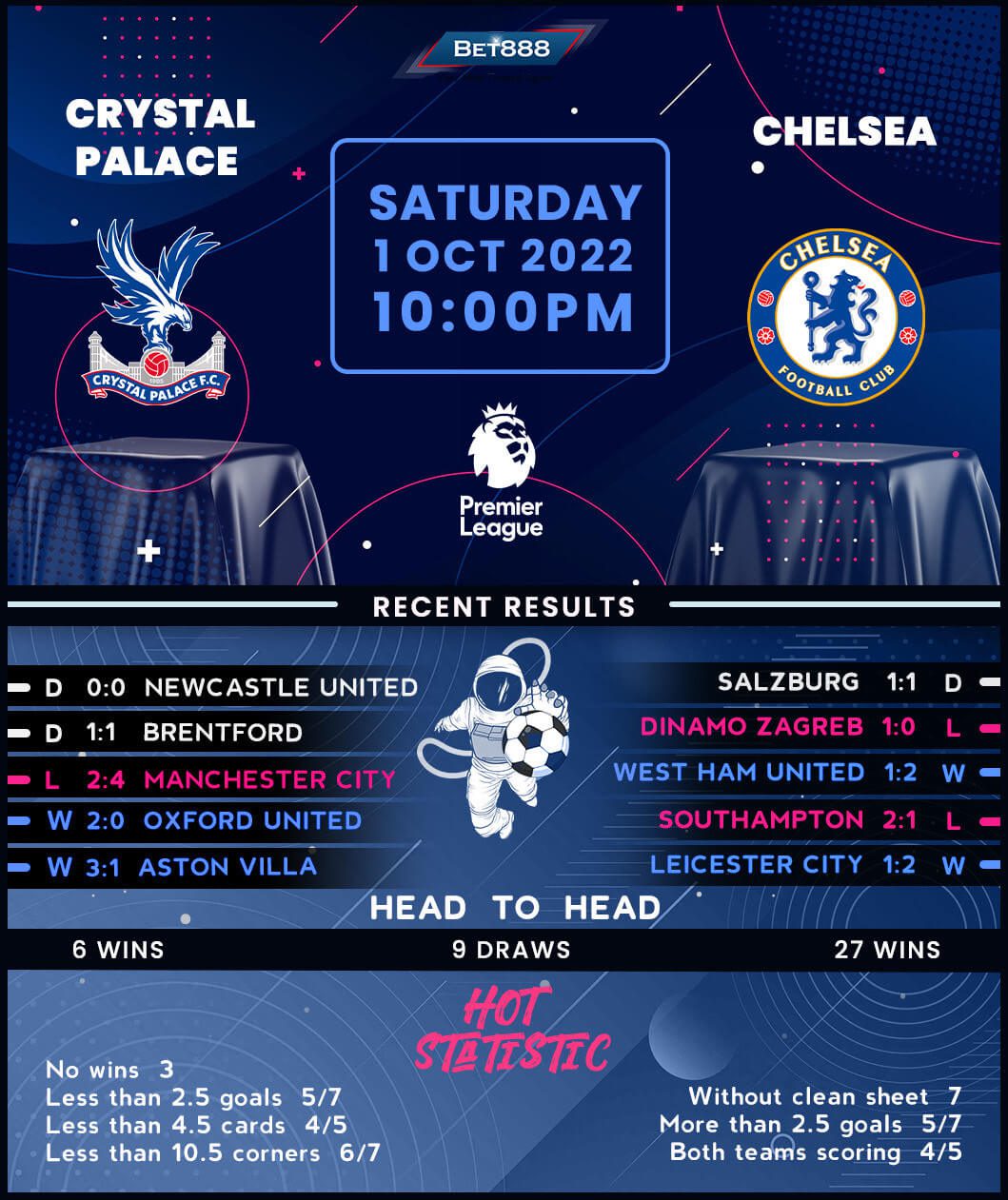