The 2022/23 Premier League season gets underway this weekend as Crystal Palace and Arsenal go head-to-head in an-all London match-up at Selhurst Park.

Despite being in contention for a first top-half Premier League finish since 2014/15, Crystal Palace eventually had to settle for an underwhelming 12th-place finish in 2021/22. Yet, a run of five unbeaten matches from six (W3, D2, L1) down the final stretch of the previous league season can feel Patrick Vieira’s side with confidence. If you’re looking for an omen, the last time Palace claimed a top-half finish in England’s top flight, they met Arsenal in the opening matchday. Though they ended up on the wrong side of a 2-1 scoreline that time, the ‘Eagles’ have had Arsenal’s number of late, going unbeaten in seven of their last eight league H2Hs (W2, D5). On top of that, Palace head into proceedings unbeaten in six home league outings (W3, D3), a run that includes a 3-0 thumping of the ‘Gunners.’

On the other hand, Arsenal’s encouraging recruitment campaign paid dividends in pre-season as Mikel Arteta’s side racked up six victories from seven summer friendlies (L1). Marquee signing Gabriel Jesus tallied seven goals from five appearances during the off-season, suggesting he could be a catalyst to help the ‘Gunners’ secure their first top-four Premier League finish in the post-Arsene Wenger era. After narrowly missing out on a long-awaited Champions League qualification last season, Arsenal will be keen to get the new league campaign off to a flying start, unlike in 2021/22 when they lost their opening three Premier League fixtures. But the visitors’ propensity for slow league starts has seen them lose their opening Premier League match in five of their last nine seasons (W4). 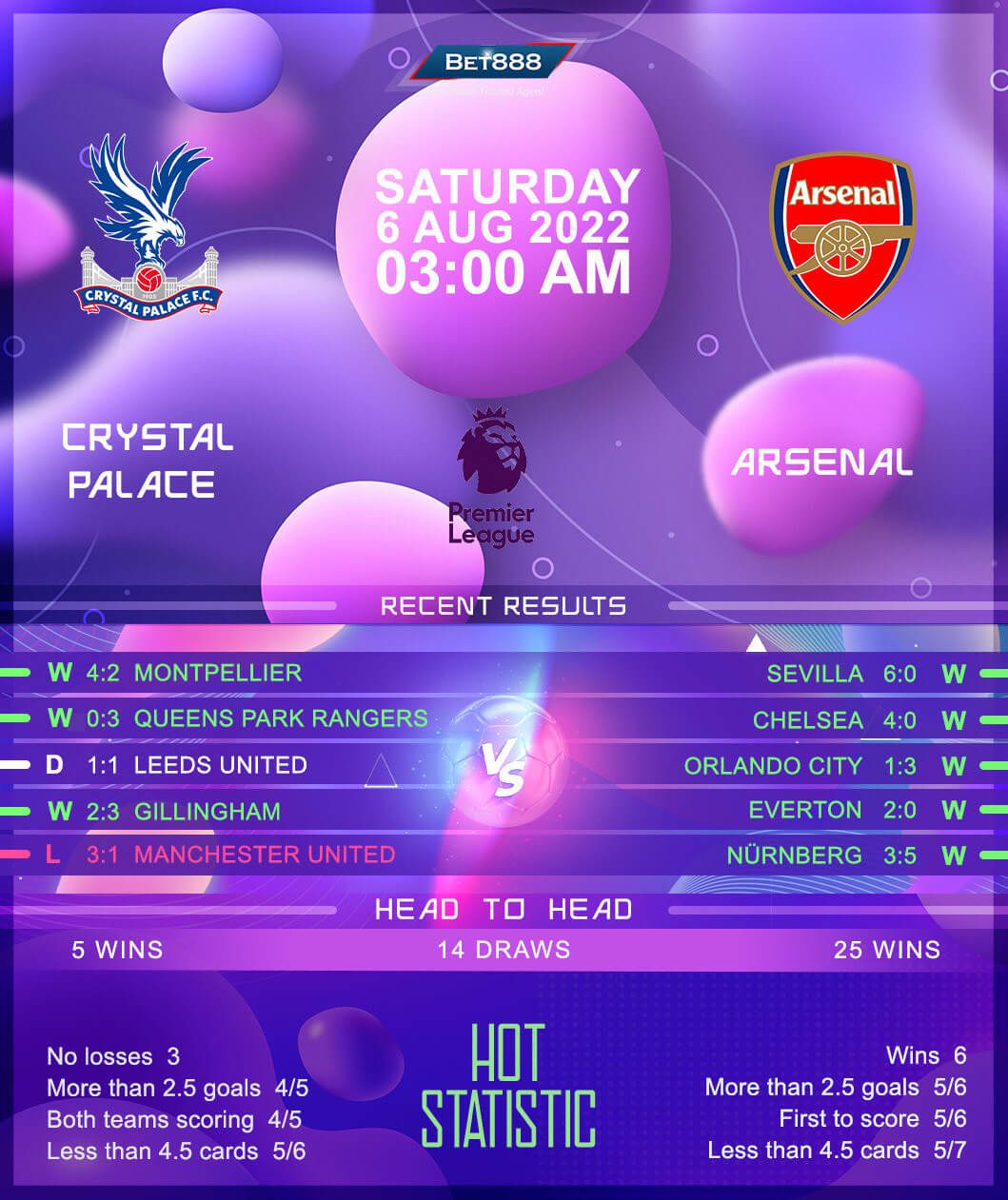