Croatia and Denmark are set to face each other in a tasty-looking Nations League Group A1 top-table six-pointer.

Croatia’s hopes of reaching the Nations League semi-finals are hanging by a thread as a potential failed attempt to beat Denmark here would make that prospect almost unreachable. With two points separating the sides ahead of the kick-off, the Croats come into proceedings in high spirits after turning a two-game winless Group A1 start (D1, L1) into back-to-back victories, including a morale-boosting 1-0 triumph on French soil last time out. The ‘Blazers’ are one point away from extending their League A status for another season, so head coach Zlatko Dalic could be forgiven for deploying a conservative approach. Despite going winless in their last four Nations League home outings (D1, L3), Croatia can draw inspiration from their positive overall H2H record against upcoming rivals Denmark (W4, D1, L2).

As for Denmark, a comfortable 2-0 home triumph over Austria last time otu helped Kasper Hjulmand’s side bounce back from a 1-0 home loss to Croatia and put their third Nations League win on the board this term. After already securing another League A season, the ‘Danish Dynamite’ will feel optimistic about their prospects in Zagreb, especially given their impressive form on the road. Indeed, Hjulmand’s men have suffered just four defeats on their last 22 international travels (W12, D6). Enthralling affairs have been a common theme in Denmark’s away matches in 2022, as all three have seen both teams on the scoresheet in games garnering over 2.5 total goals. Denmark’s rise to stardom since reaching the Euro 2020 semi-finals has seen them pick up ten wins from 13 internationals in the post-European Championships period (L3). 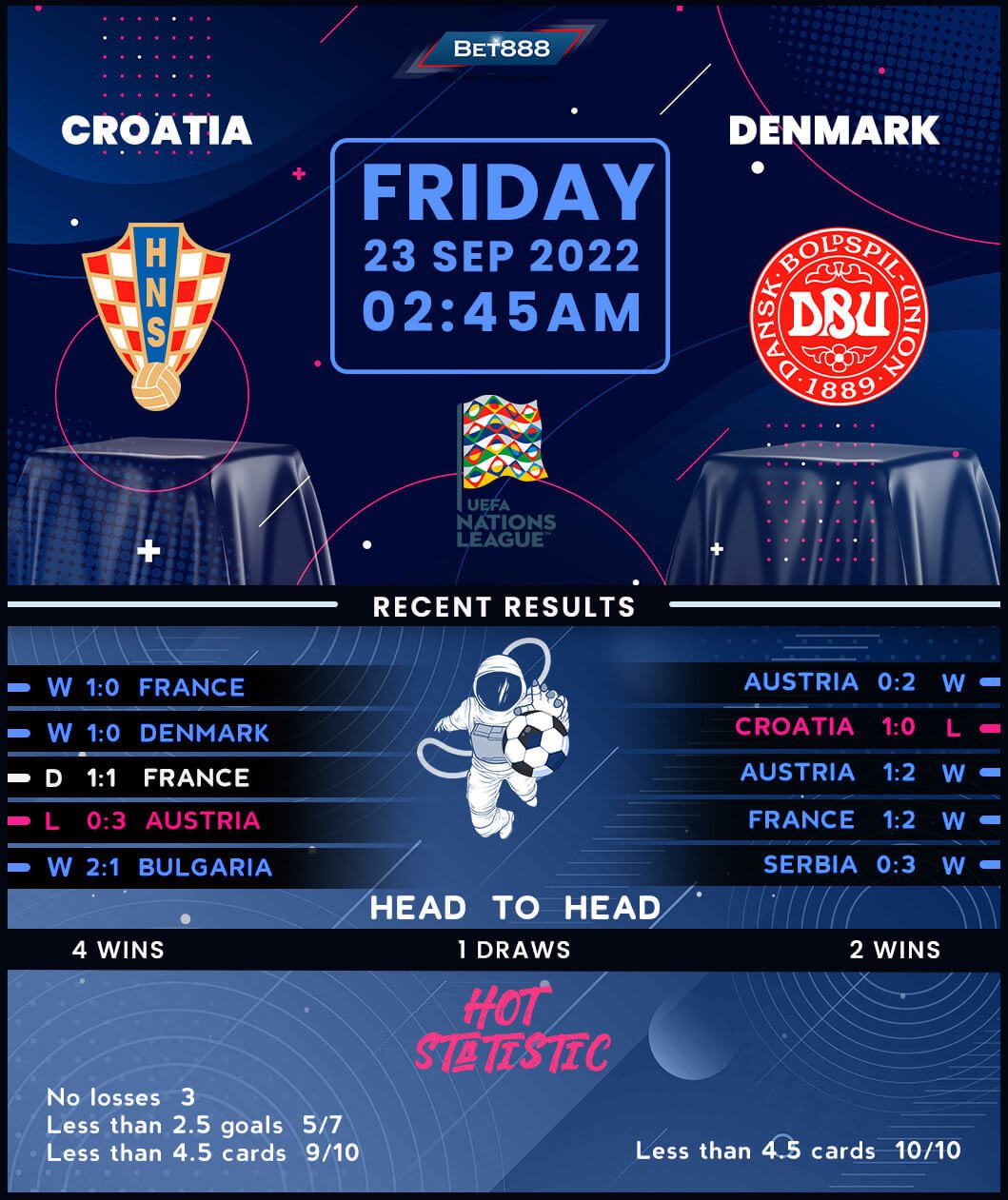