Cremonese’s first Serie A season in the 21st century has not gone according to plan thus far, with ‘La Cremo’ coming into matchday 13 as the only side in Italy’s top division yet to pick up a single triumph (D6, L7). Massimiliano Alvini’s side fought back late to hold Salernitana to a 2-2 draw at the weekend, making it three stalemates from their last four league games (L1). Despite their thoroughly disappointing Serie A start, the hosts are still within touching distance of safety, with only three points separating them from 17th-placed Spezia. However, playing at home has not been Cremonese’s strong suit by any stretch of the imagination, as they’ve scored twice and mustered only two points across their opening six Serie A fixtures at Stadio Giovanni Zini (D2, L4).

In the meantime, Olivier Giroud’s last-gasp heroics propelled Milan to an all-important 2-1 home victory over Spezia at the weekend, enabling them to stay within six-point distance of table-topping Napoli. The defending Serie A champions have enjoyed a decent start to their title defence (W9, D2, L2). Particularly impressive away from home, Stefano Pioli’s team had gone unbeaten across their inaugural five Serie A travels in 2022/23 (W3, D2) before slipping to a 2-1 defeat at Torino last time out. What’s more, Milan have found themselves on the losing side only once in their 26 previous top-flight meetings with newly-promoted clubs (W19, D6), clocking up 12 wins in their last 15 such match-ups (D1, L1). 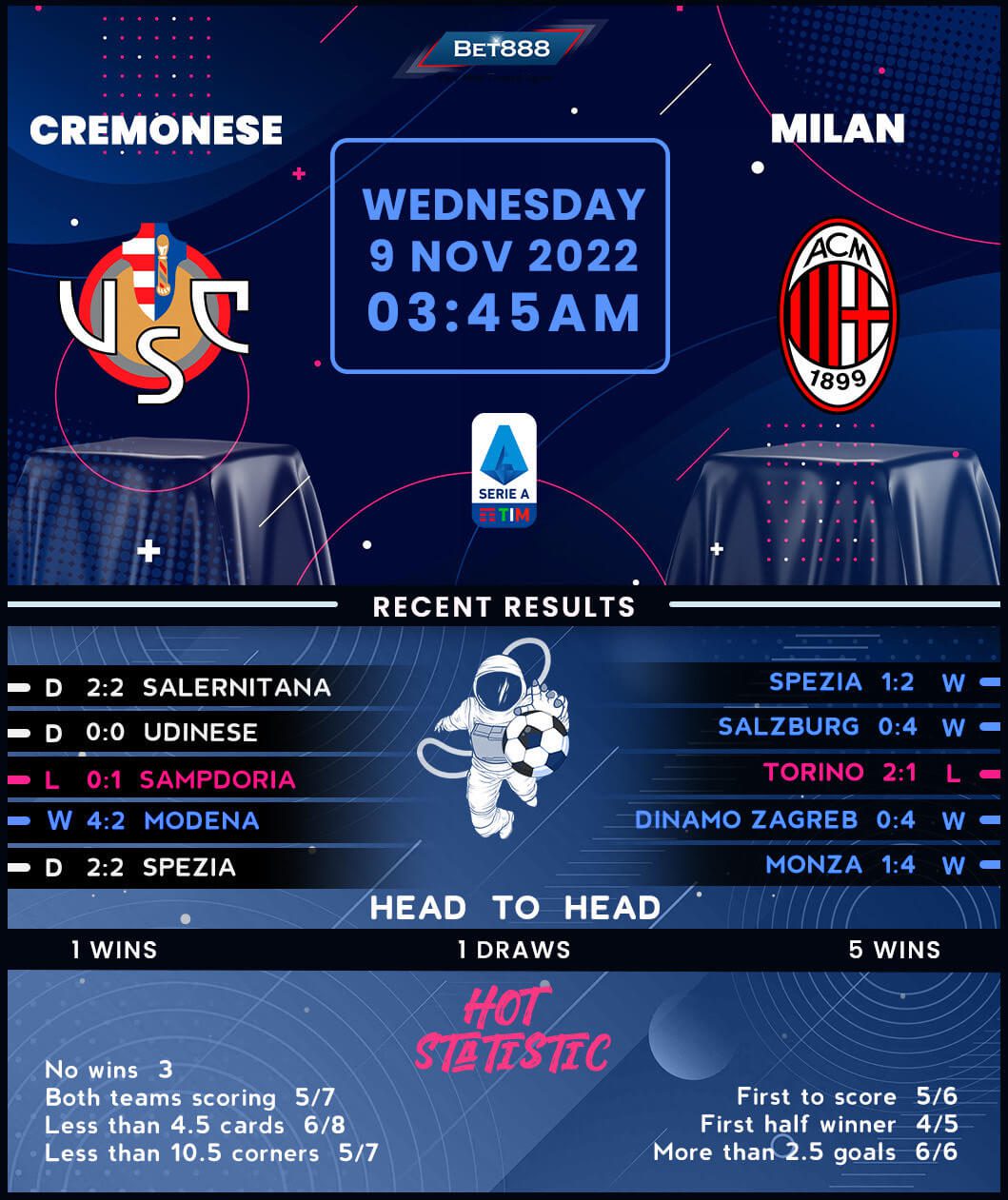