Parken Stadium forms the backdrop as Copenhagen and Manchester City go head-to-head in a seemingly routine Champions League task for the visitors.

Copenhagen’s hopes of making it out of the Champions League group phase have reached boiling point after a three-game winless Group G start nailed them to the bottom of the group. With second-placed Borussia Dortmund five points away at the halfway point of the group stages, Copenhagen will have to avenge last week’s 5-0 H2H demolition in England and get off the mark in this season’s Champions League. Yet to score a goal in Group G, the ‘Byens Hold’ can at least draw some confidence from their impressive run of 12 unbeaten Champions League group matches at home in the last 13 (W6, D6). However, Jacob Neestrup’s men head into proceedings amid a rough patch, having registered just one victory in their last seven outings across all competitions (D2, L4).

On the other hand, Manchester City followed up last week’s thumping of Copenhagen with an overwhelming 4-0 Premier League home win over Southampton at the weekend. After winning their opening three Champions League matches via an aggregate score of 11-1, the ‘Cityzens’ will qualify for the knockouts with two games to spare should they win at Parken. Worryingly for Pep Guardiola, his men have lost two of their last four away games in the Champions League group stages. Before that, they had gone unbeaten on nine consecutive group travels in Europe’s most prestigious competition (W6, D3). Relentless on the road, the reigning Premier League champions have gone from three straight away draws to back-to-back wins by 3+ goals ‘ to nil,’ suggesting Copenhagen could have a long day. 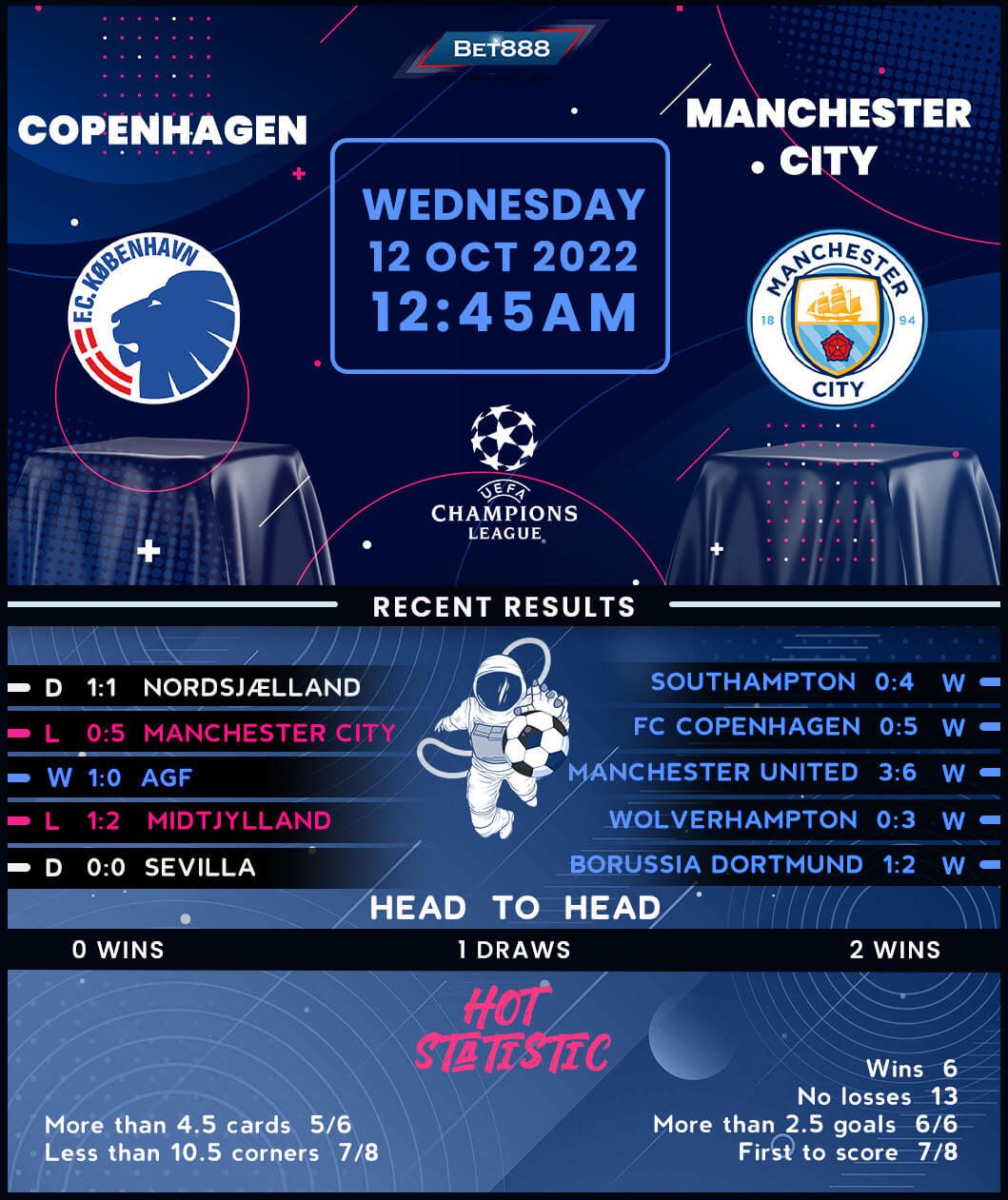