Newly-promoted Schalke 04 head to the RheinEnergieStadion to lock horns with Cologne in their opening 2022/23 Bundesliga clash.

An underwhelming DFB-Pokal round one exit to second-tier Jahn Regensburg in late July cast a shadow on Cologne’s impressive seventh-place Bundesliga finish in 2021/22. Furious with his side’s domestic cup fiasco, Managing Director Christian Kelle refused to choose his words in the aftermath. Though the ‘Billy Goats’ could be lacking elite striker Anthony Modeste for this fixture due to injury, the fact they went unbeaten in all four Bundesliga meetings with newly-promoted sides last season (W2, D2) should keep them confident. Cologne’s cagey entries highlighted their 2021/22 Bundesliga matches, as only RB Leipzig and they conceded 20 or fewer first-half league goals last season. Adding to their confidence, Steffen Baumgart’s men haven’t lost any of their eight previous Bundesliga clashes against Schalke (W4, D4).

As the only side in the Bundesliga 2. to win 20+ league matches last season, Schalke 04 secured a swift return to Germany’s top-flight, only a year since suffering relegation. Yet, to avoid another torrid top-tier campaign, the ‘Miners’ will have to impress in their 900th Bundesliga match. That could be easier said than done, as they have lost all three previous league meetings with Cologne via an aggregate score of 6-1. On top of that, Frank Kramer’s lads have not won any of their last 28 Bundesliga games on hostile turf (D8, L20), their longest ever such streak and longer than any other current Bundesliga team. Yet, a 5-0 away thrashing of lower-league Bremer in the opening DFB-Pokal round could bolster their spirits. 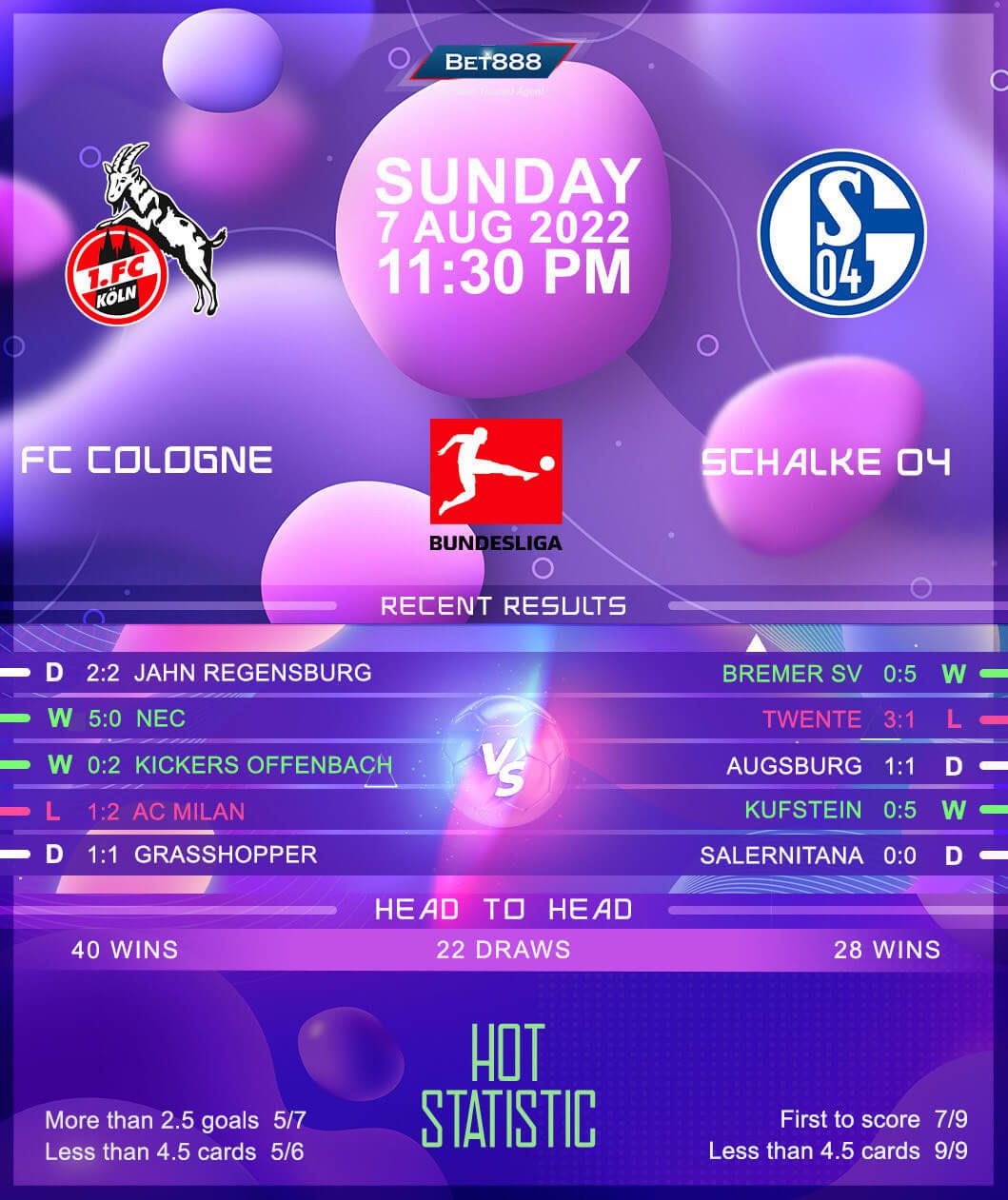