Club Brugge thumped fellow Belgian adversaries Cercle Brugge 4-0 in the final rehearsal ahead of their fourth successive appearance in the Champions League group stages. However, the ‘Blauw-Zwart’ have failed to progress into the competition’s knock-out phase at all nine previous attempts. Carl Hoefkens’ men experienced a thoroughly underwhelming 2021/22 Champions League group stage campaign at home, going winless in all three matches (D1, L2) and conceding more goals (11) than any other home side at the tournament. Yet, after clocking up four wins from five domestic outings at Jan Breydel this season (D1), Brugge will be confident about defying their dismal European record against German clubs. They have only won one of their 13 UEFA-sanctioned fixtures against Bundesliga sides since 2003 (D3, L8), which could put some wind into Leverkusen’s sails.

Any help is welcome if you ask Bayer Leverkusen boss Gerardo Seoane after his side suffered four defeats in five Bundesliga matches this season (W1), including a 3-2 home loss to Freiburg at the weekend. That does not bode well for Leverkusen’s bid to arrest an abysmal run of going winless in nine consecutive Champions League opening fixtures outside the BayArena (D1, L8). On a more positive note, ‘Die Werkself’ came out victorious in their last Champions League away encounter and could put together successive wins on the road in this competition for only the second time. They can also draw inspiration from their rock-solid overall European record against Belgian opponents (W3, D3, L1). Moreover, the Germans have only lost twice in their last eight away games in the Champions League proper (W2, D4). 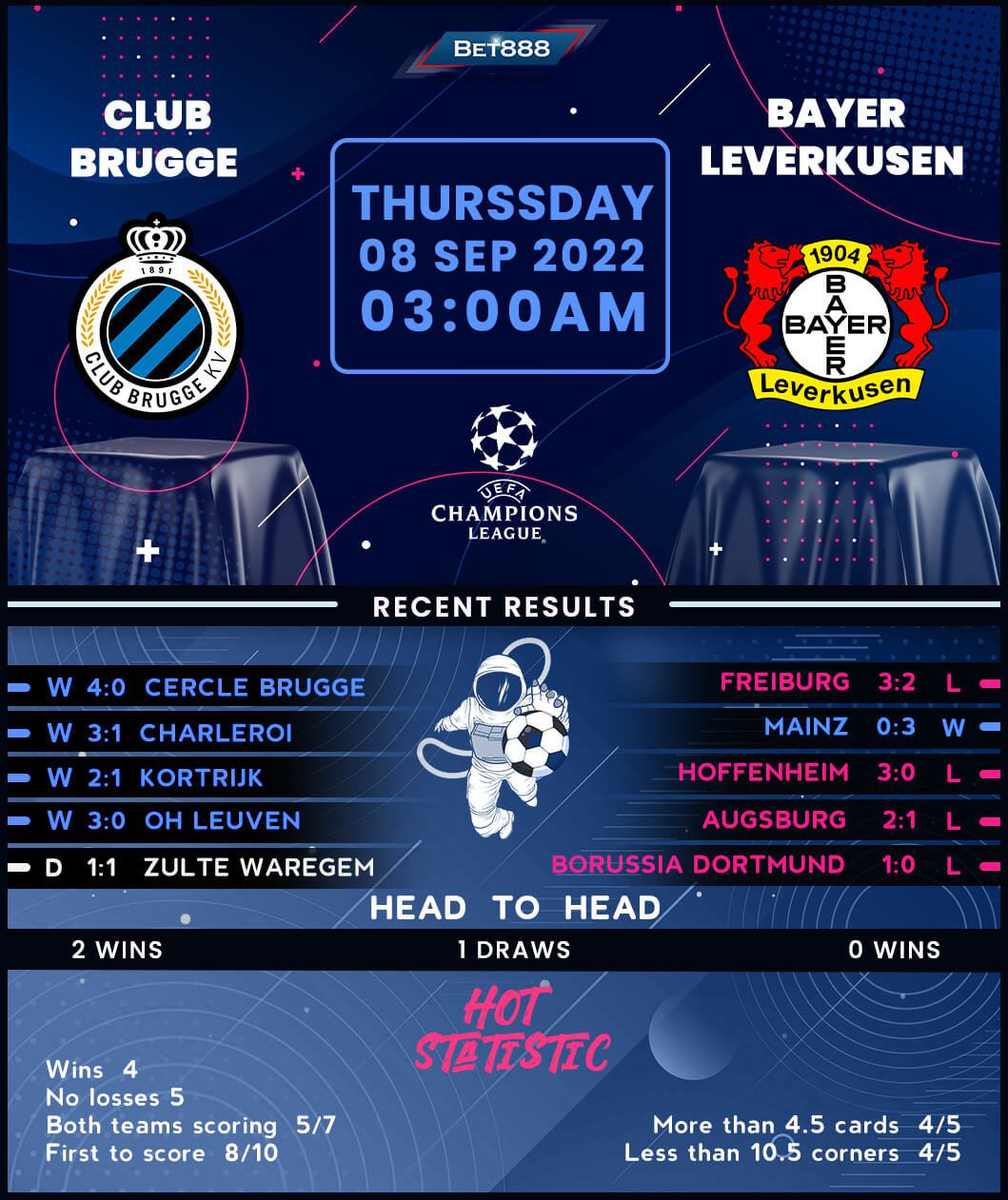