Inspired by deadline-day signing Pierre-Emerick Aubameyang, Chelsea thrashed AC Milan 3-0 in midweek Champions League action to seize control of the top spot in Group E following a two-game winless start (D1, L1). More importantly, Graham Potter’s touchline Premier League debut saw the ‘Pensioners’ fight back from a goal down to beat Crystal Palace 2-1 last time out. However, there’s no room for complacency in Potter’s camp ahead of his Stamford Bridge debut, as his men are winless in their four previous Premier League meetings with Wolves (D3, L1). Indeed, since Wolves’ return to England’s top flight in 2018, Chelsea have dropped eight points from winning positions against the West Midlands outfit, highlighting their recent struggle against the ‘Wanderers.’

In the meantime, stuck in the drop zone, Wolverhampton Wanderers head into this fixture on the back of consecutive Premier League defeats by 2+ goals ‘to nil.’ But level on points with 17th-placed Palace, Bruno Lage’s men have all to play for, though their scoring woes continue to trouble the Portuguese manager. Coming into this round, the visitors have netted a league-low three Premier League goals this season, drawing a blank in five of their eight top-flight games thus far. Stretching back to last season, Lage’s lads have failed to score more than once per Premier League match 11 times in a row since a 2-2 draw with non-other than Chelsea. Therefore, it’s no major surprise that they’ve only won once in their last 15 league outings (D5, L9), earning fewer points than any other perennial Premier League team in that span. 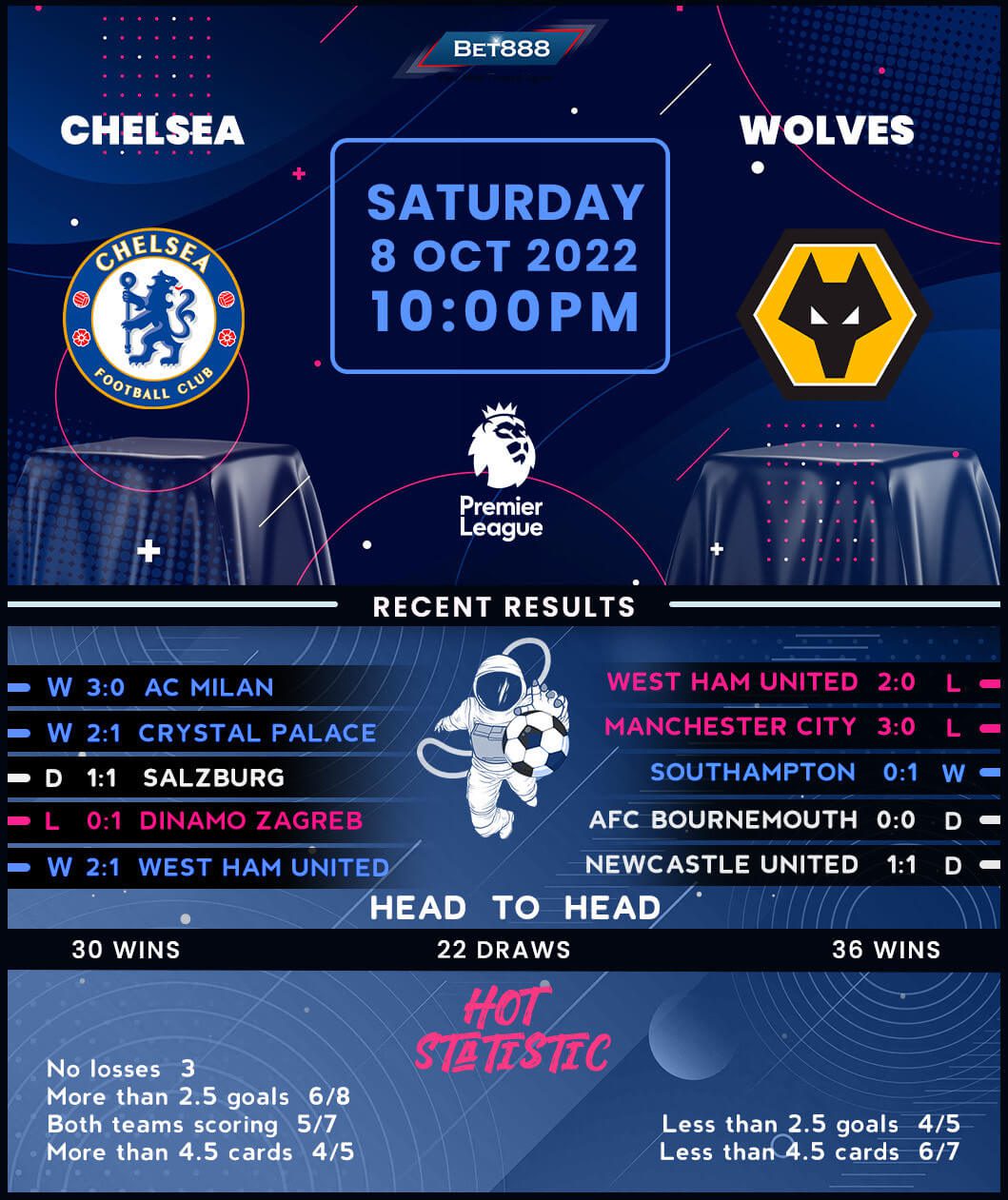