It’s not been a dream league start for Chelsea by any stretch of the imagination, with Thomas Tuchel’s side suffering two defeats from their opening five matches (W2, D1), including a 2-1 loss at Southampton in midweek Premier League action. Unlike the early days of Tuchel’s tenure, Chelsea’s backline is not as water-tight as it used to be. Following a narrow 1-0 win at Everton on the opening weekend, the ‘Pensioners’ have gone four Premier League outings without a clean sheet. That could change at the Bridge, as three of the last four Premier League duels between Chelsea and West Ham have seen the ‘Blues’ win ‘to nil’ (L1). Alarmingly for the hosts, they’ve picked up just six victories from their previous 16 Premier League home fixtures (D8, L2).

As for West Ham United, Tomas Soucek’s second-half equaliser handed David Moyes’ side a morale-boosting 1-1 home draw against Tottenham Hotspur in midweek Premier League action. However, except for a hard-earned 1-0 triumph at Aston Villa last weekend, the ‘Irons’ have failed to win any of their four remaining Premier League matches this season (D1, L3), drawing a blank in each defeat. If that’s not concerning enough, Moyes has not won any of his 17 Premier League visits to Stamford Bridge as a manager (D7, L10), making this trip his personal mission to get back at Tuchel’s side. That won’t be a simple task, though, with West Ham only winning once in their last 16 Premier League away matches against Chelsea (D4, L11), including a pair of defeats ‘to nil’ in their two most recent visits to the Bridge. 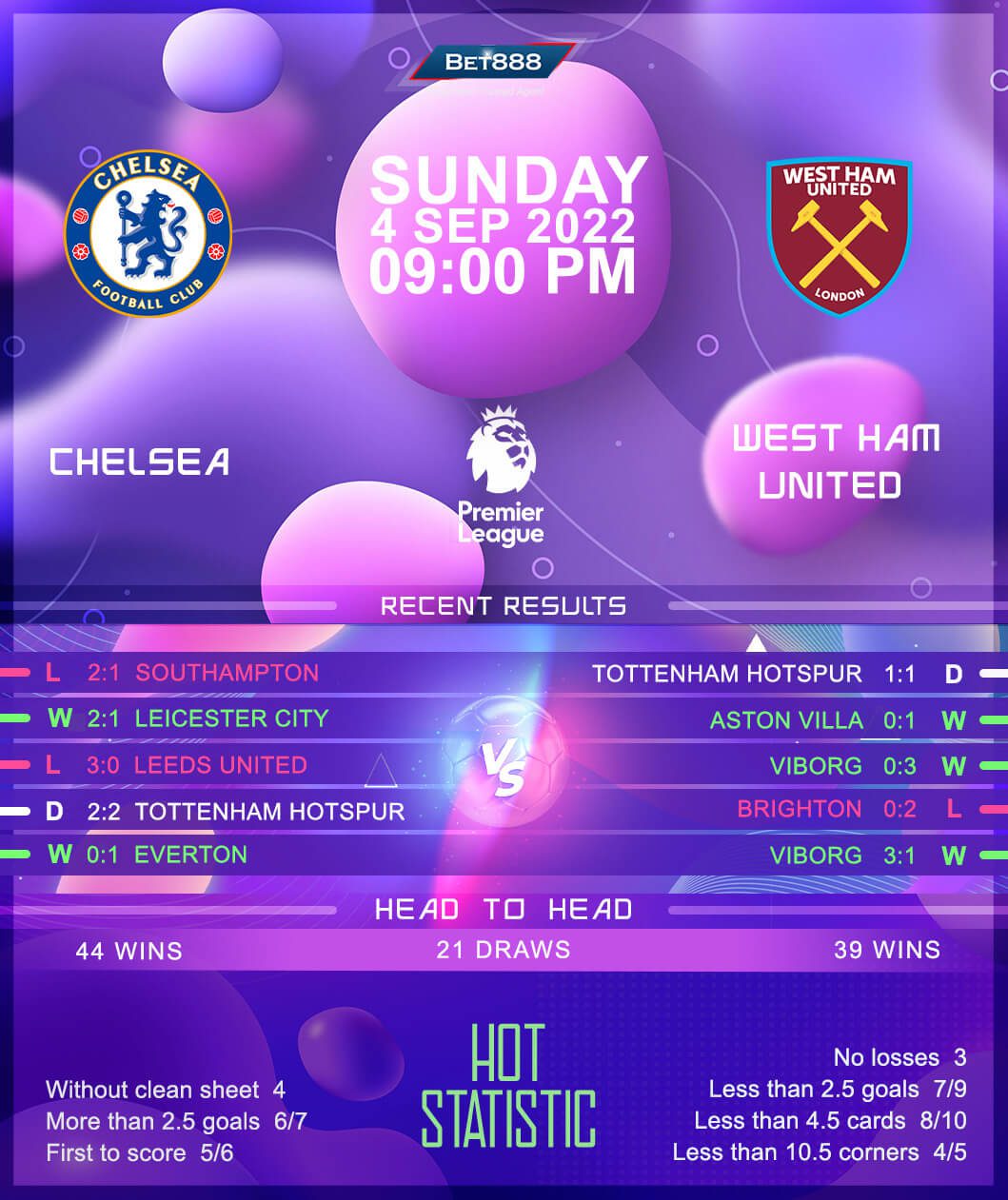