Stamford Bridge is the venue as Chelsea and Crystal Palace go head-to-head in an all-London Premier League showdown.

Atletico Madrid loanee Joao Felix experienced a nightmarish Chelsea debut as he received a straight red during his side’s demoralizing 2-1 midweek defeat at Fulham. Graham Potter’s situation at the Bridge has been compromised following the Blues’ underwhelming three-game winless Premier League run (D1, L2). With ten points separating them from fourth-placed Manchester United, who also have a game in hand, it’s fair to say the midweek result eradicated Chelsea’s hopes of re-inserting themselves into the top-four race. Back to the Bridge, where they’ve won just one of their last four league outings (D1, L2), the Pensioners will bank on their eye-catching ten-match winning top-flight run against Palace, hoping to find a way out of this tormenting crisis. However, they’ve lost three of their last six home London derbies in the Premier League.

In the meantime, visiting Crystal Palace head into proceedings on the back of back-to-back defeats in all competitions, including a 4-0 demolition at the hands of cross-town Tottenham Hotspur in their most recent Premier League fixture. Indeed, the Eagles have lost more London derbies in the Premier League than any other side this season (4), though they won their last such contest on the road, beating West Ham United 2-1. But Patrick Vieira’s men look doomed ahead of the kick-off, considering they’ve failed to keep a clean sheet in 17 consecutive Premier League visits to Chelsea. Interestingly, though, Palace have won a league second-high 12 points from losing positions in the Premier League this season, recording four come-from-behind wins in nine such fixtures (L5). 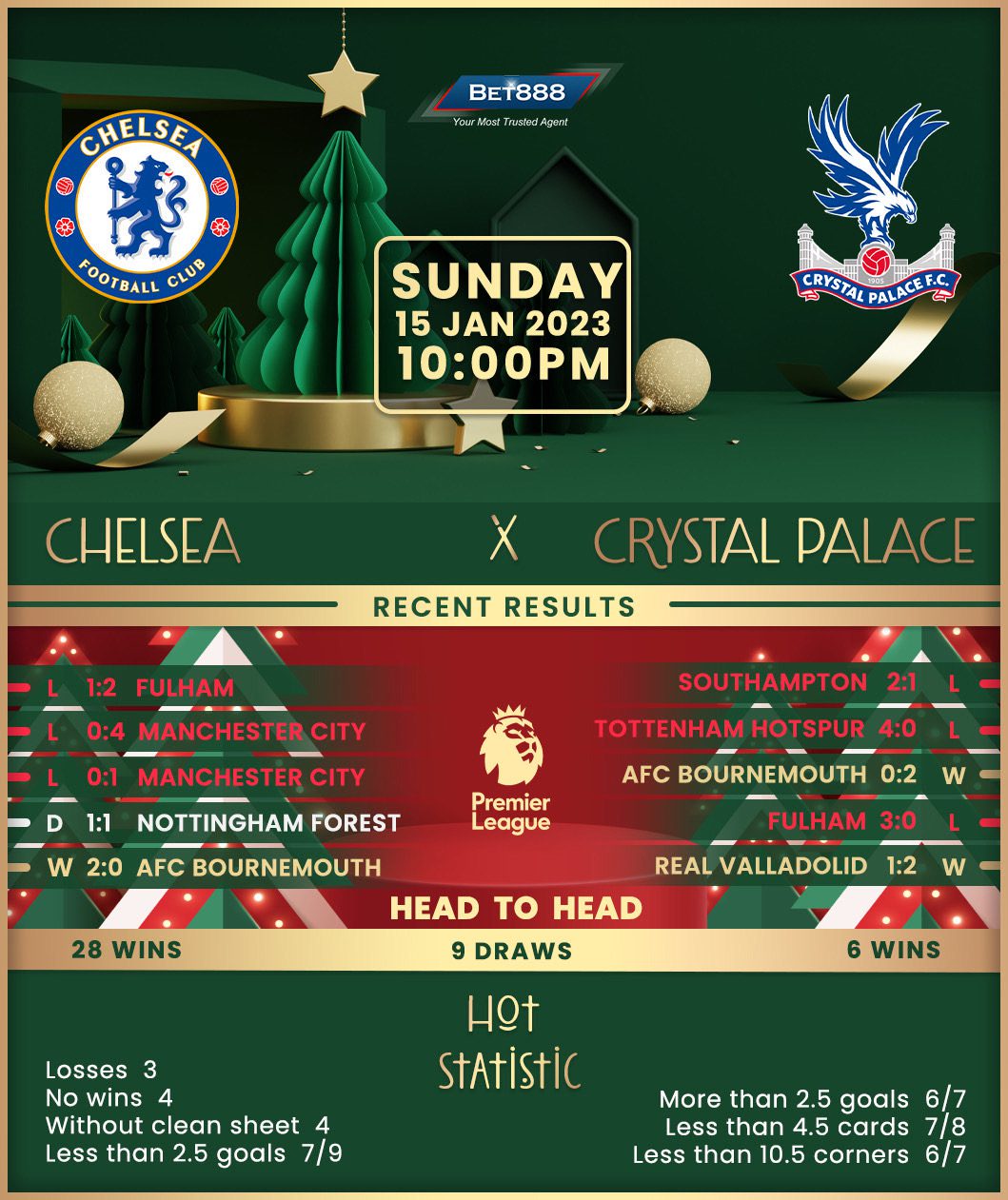