Stamford Bridge forms the backdrop for Chelsea’s bid to get back to winning ways in the Premier League as they encounter bottom-half Bournemouth in a must-win clash.

The World Cup break arguably came at the best possible moment for Chelsea as they were running out of steam, losing three consecutive Premier League matches. New manager Graham Potter is already under heavy scrutiny, with the ‘Pensioners’ entering the festive period a whopping eight points adrift of fourth-placed Tottenham Hotspur, albeit with a game in hand. Back at the Bridge, where they’ve failed to win their last two league games (D1, L1), Chelsea will hope to avoid losing four consecutive top-flight fixtures for the first time since 1998! If you’re looking for an omen, they’ve lost their final league game in only one of the last 19 calendar years (W12, D6), going down 3-1 to Aston Villa in 2011. However, it’s worth noting they’ve won none of their three most recent Premier League clashes against Bournemouth (D, L2).

In the meantime, Bournemouth headed into the mid-season break on the back of morale-boosting 3-0 demolition of fellow bottom-half strugglers Everton, curtailing an underwhelming run of four successive Premier League defeats. However, Gary O’Neil’s men come into proceedings after succumbing to a narrow 1-0 loss at Newcastle United in last week’s League Cup action. Playing on the road has not been Bournemouth’s strong suit by any stretch of the imagination, as they’ve only won once in their seven away league matches this term (D2, L4) and are winless in the last four in a row (D2, L2). The visitors’ defensive weaknesses have seen them concede a league-high 24 goals away from home this season, at least five more than any other side. 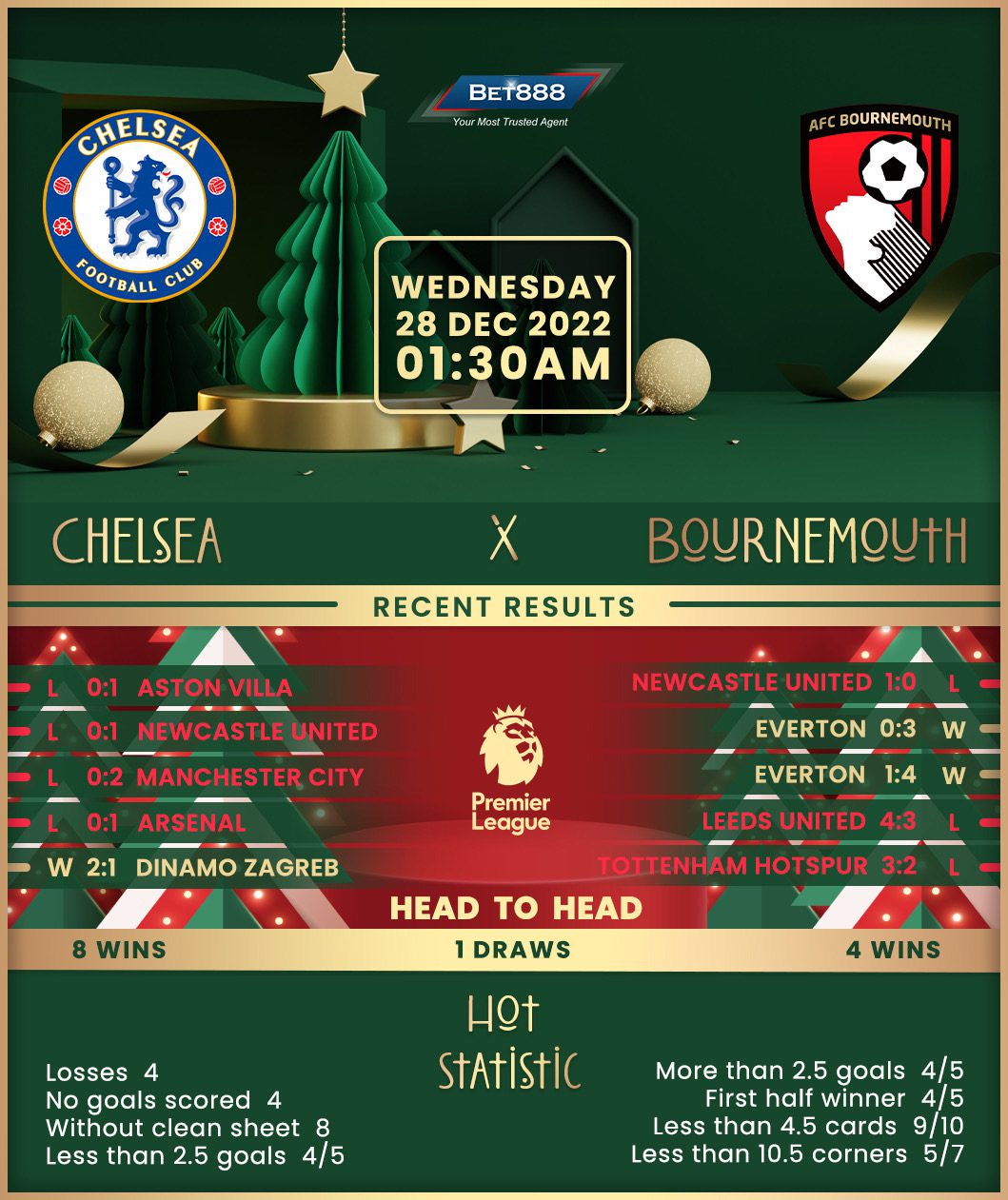