Chelsea and AC Milan are set to square off in a mouth-watering Champions League encounter at Stamford Bridge.

Chelsea’s underwhelming 1-0 defeat at Dinamo Zagreb on day one condemned former boss Thomas Tuchel to an unexpected farewell. However, new manager Graham Potter could only manage a 1-1 home draw with Red Bull Salzburg on his Champions League touchline debut, as his men face the uphill task of reaching the knockouts for the fourth year running. By extension, they’ve failed to progress beyond the competition’s group phase just once in the last 18 campaigns. On the bright side, the ‘Pensioners’ have only lost two of their 13 home matches against Italian visitors in major European competitions (W8, D3). Topically, they’ve turned the Bridge into a fortress this season, going undefeated in all four home games to date (W2, D2) despite failing to register a shutout in that sequence.

In the meantime, visiting AC Milan drew 1-1 at Salzburg on day one but moved on to humble Dinamo Zagreb 3-1 at home and seize control of the summit in Group E. The Italians’ inspiring Champions League start has seen them haul as many points as they did in all six group matches last season (W1, D1, L4). With their bid to reach the competition’s round of 16 for the first time since 2013/14 off and running, Stefano Pioli’s men will be out to defy their disastrous 20-game European away record against Premier League adversaries (W1, D7, L12). There’s plenty of reason for optimism in the travelling camp as they’ve not lost a competitive away fixture since mid-April, racking five victories and three draws across their subsequent eight travels. 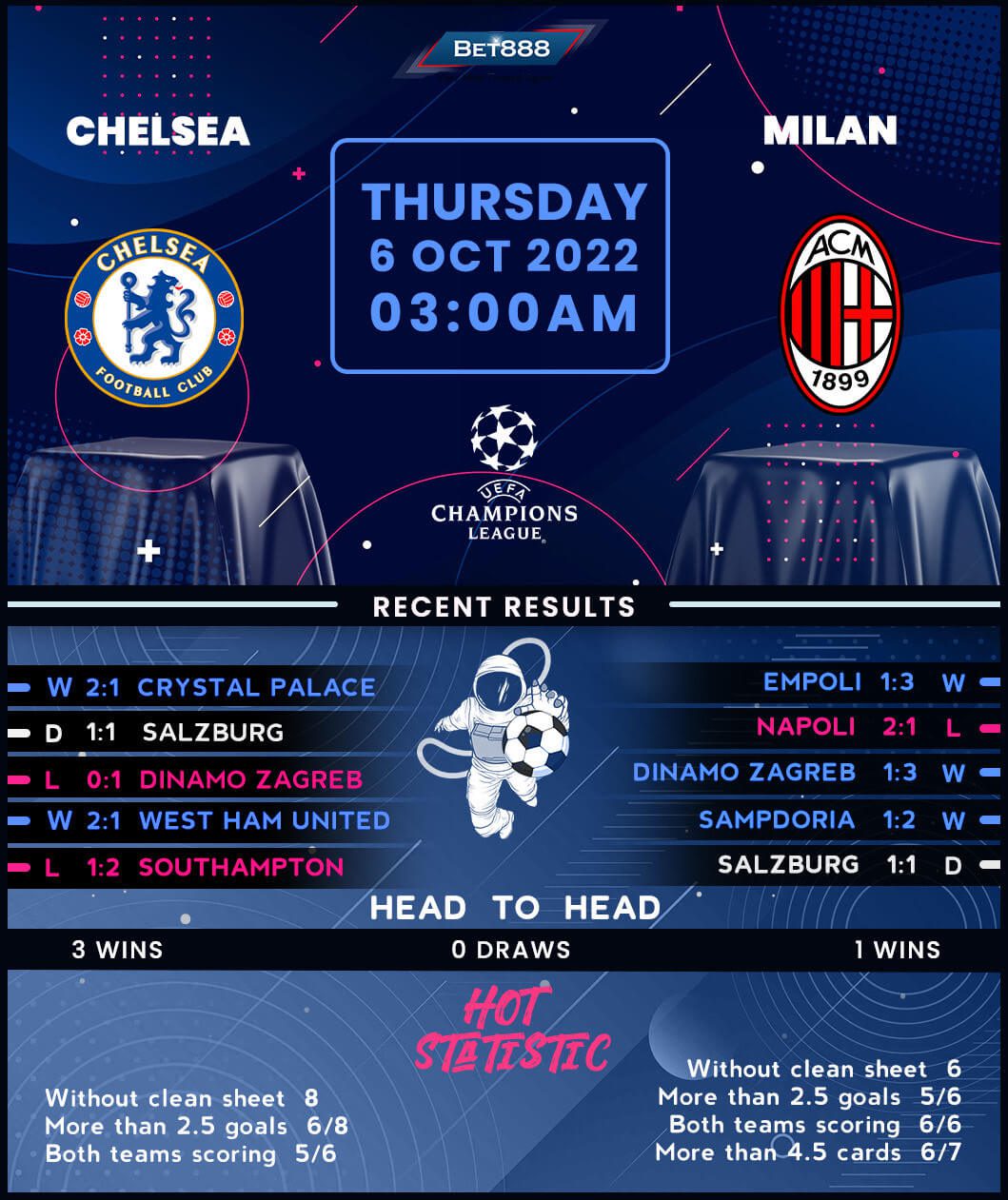