Charlton’s League One turmoil has continued since club football returned to action in December. They’ve lost both league matches via a single-goal margin, casting further doubt on their hopes of avoiding relegation to the fourth tier. Like that hasn’t been worrying enough, Dean Holden’s team fell to a dreadful 3-1 defeat to Stockport County in the previous FA Cup round, which forms part of their abysmal seven-match winless streak in domestic action (D2, L5). Winless in their last three competitive home fixtures (D1, L2), the ‘Addicks’ look like a doomed outfit in their first competitive home encounter against Brighton since a 3-1 loss in April 2016. Without a clean sheet in six consecutive home outings, Charlton will need nothing short of a miracle to avoid another catastrophe here.

On the other hand, Roberto De Zerbi’s managerial tenure at Brighton may have been off to a sluggish start (D2, L3), yet the Italian tactician has since steadied the ship. Before losing 2-1 to Aston Villa on the cusp of the World Cup break, Brighton had won three consecutive domestic contests, netting at least three goals on each occasion. Adding to this sentiment, the ‘Seagulls’ have gone from an underwhelming four-game winless streak on the road (D1, L3) to winning their last two competitive away games, including an eye-catching 3-1 beating of Premier League leaders Arsenal in the previous EFL Cup round. 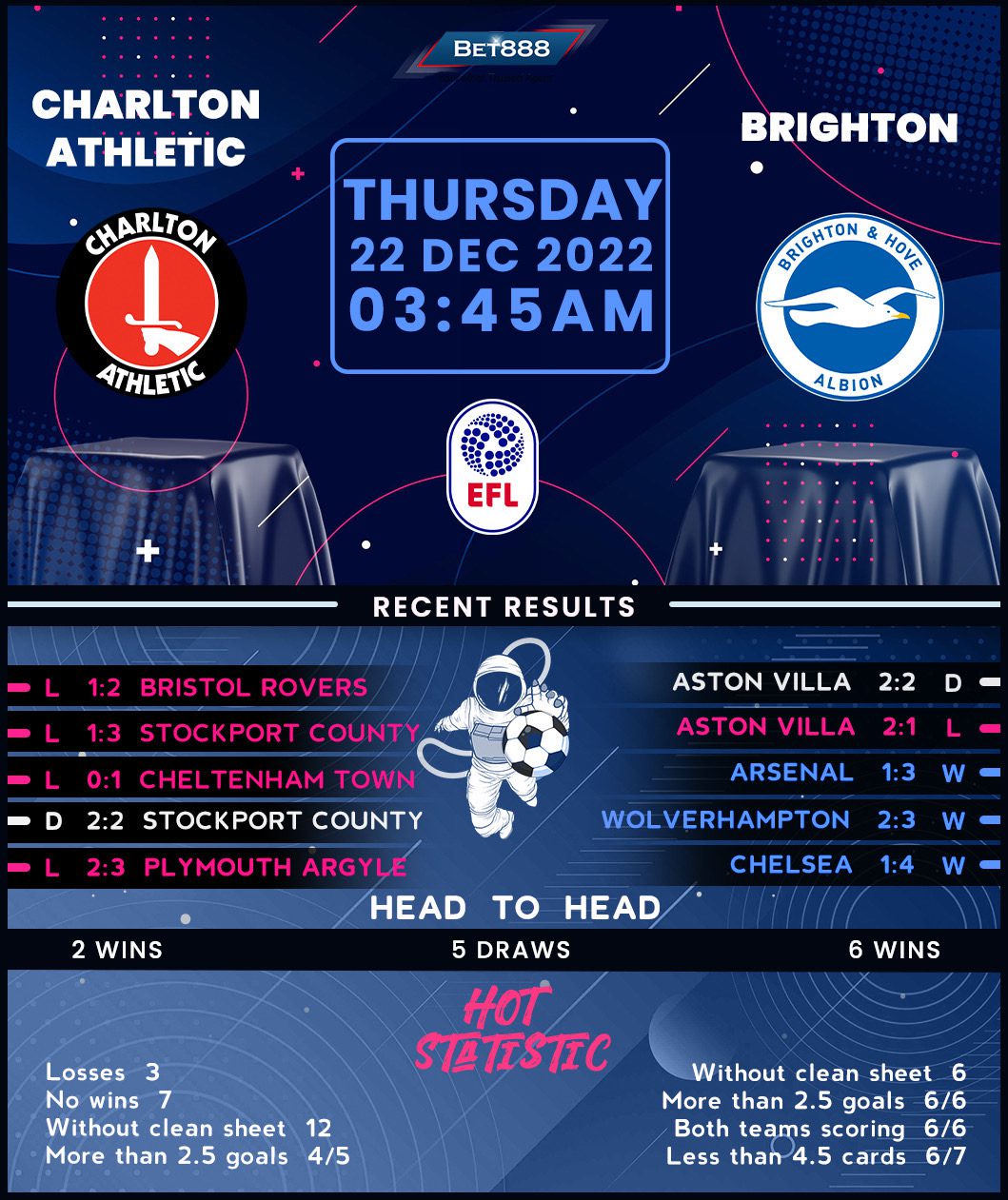