Since an embarrassing 4-0 defeat to Shandong in the reverse fixture back in mid-June, Changchun Yatai have gone unbeaten in four consecutive Chinese Super League games. Yet, three ended level (W1), including the last two on the spin. Despite Changchun’s sticky patch, they have been fun to watch, as two of their three most recent top-flight fixtures saw 4+ goals and both teams on the scoresheet. Playing at home may not necessarily bolster their vengeance prospect, given that they’ve drawn their last three such fixtures since a 4-1 thumping of Guangzhou City in their home curtain-raiser. Adding to this sentiment, Chen Yang’s men have won none of their last five top-flight home meetings with Shandong (D2, L3).

In the meantime, Shandong Taishan dispatched rock-bottom Guangzhou City 2-0 in the last round, courtesy of a quick-fire first-half double, making it five victories in six Chinese Super League matches (L1). Interestingly, each game (won/lost) in that six-game sequence witnessed the winner keep a clean sheet, highlighting the importance of a flying start. Shandong’s eye-catch spell of form should inspire their bid to defy their underwhelming away league record this term (W1, L2) and avoid losing back-to-back top-flight fixtures on the road for the first time since 2020. Yet, entertainment may be relatively sparse here, as Shandong’s last two away league games have contained under 2.5 goals. 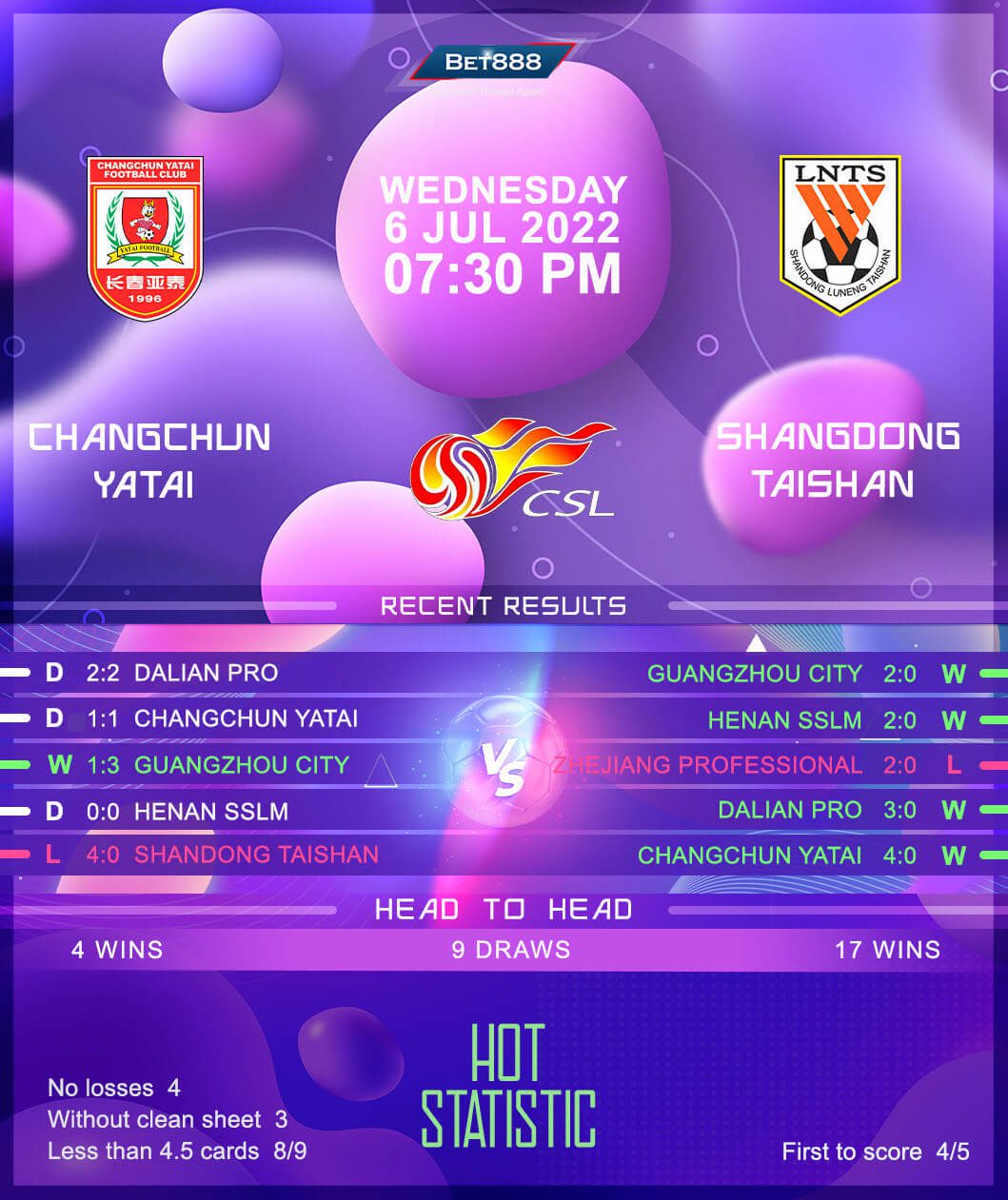