CFR Cluj will be looking to book their place in the next Champions League qualifying round when they take on Lincoln Red Imps at the Stadionul Dr. Constantin Rădulescu.

Cluj recovered from a half-time deficit to claim an all-important 2-1 first-leg win and build an advantage going into the rematch. The Romanian heavyweights squeezed past Borac Banja Luka in the previous qualifying round, with Alexandru Chipciu’s 118th-minute strike in the second-leg extra-time deciding the tie (3-1 H, 1-2 A). The ‘Railwaymen’ have been an exciting team to watch lately, though, with each of their last three competitive fixtures seeing over 2.5 goals and both sides on the scoresheet. Yet, a lack of consistency on home turf last witnessed the Cluj rack up back-to-back wins in competitive home matches in April. They have since alternated between winning and drawing/losing across their subsequent nine home games in all competitions (W5, D2, L2 – 90 mins only).

In the meantime, Lincoln head into proceedings as underdogs and will have to defy all the odds to reach the next qualifying round. However, the visitors can find some comfort in an impressive eight-game unbeaten away streak in all competitions (W5, D3), a sequence that saw them score 2+ goals on seven occasions. Delivering action from the onset, Mick McElwee’s men have won the first half ‘to nil’ in each of their three Champions League qualifiers this term, highlighting the potential for spoiling Cluj’s party. But they’ve blown hot and cold defensively of late, keeping three clean sheets across their last six competitive matches while conceding precisely twice per game in the other three. Curiously, each of their six goals conceded in that period came beyond half-time. 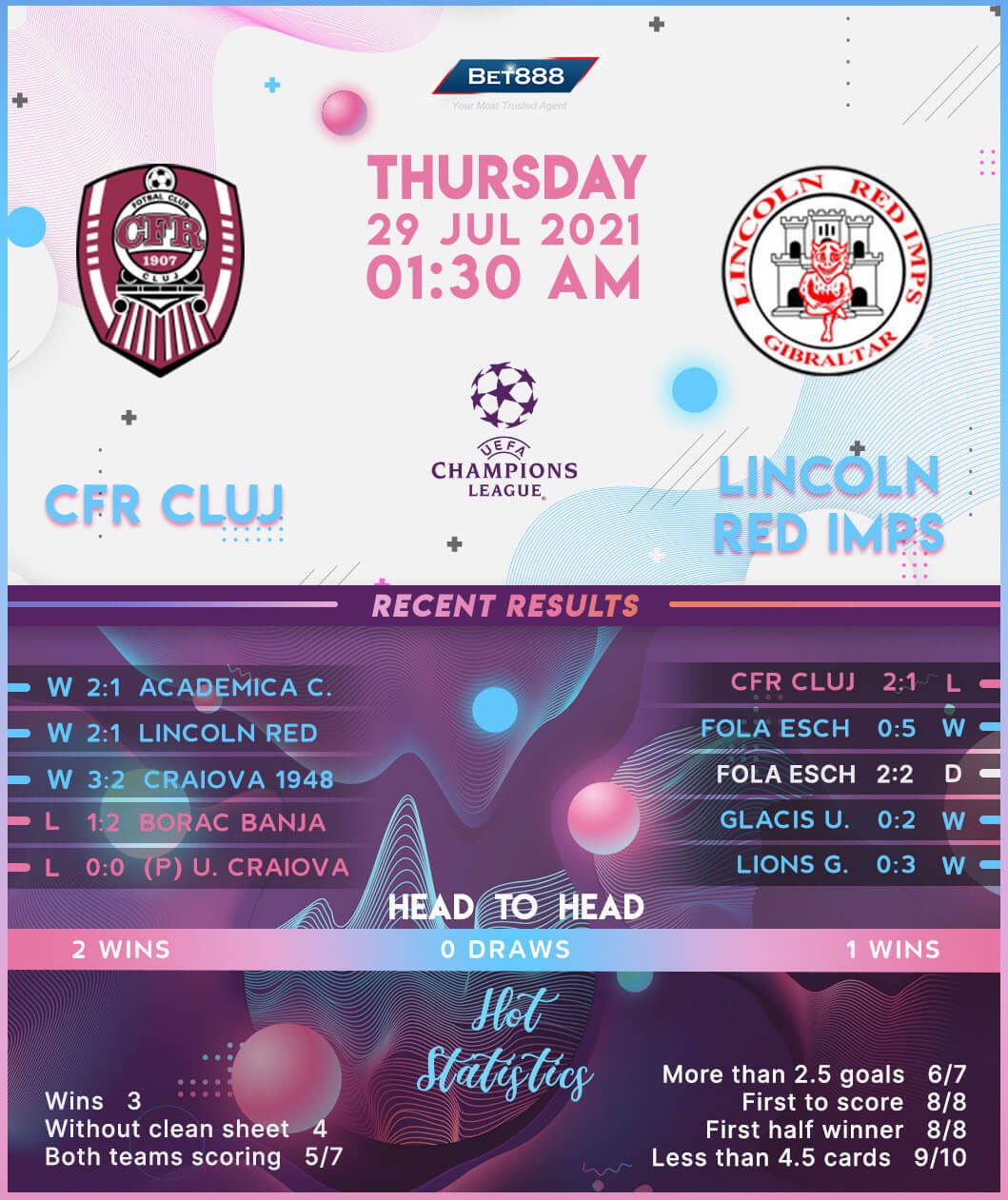