Cadiz avoided relegation to the Segunda Division last season by the skin of their teeth, finishing best of the worst. However, they may not be that lucky this term as they’ve entered the World Cup break stuck in the drop zone after registering a measly 14% win ratio across the opening 14 La Liga rounds (W2, D5, L7). A disheartening 3-2 defeat to lower-league outfit Real Union in Copa del Rey on the eve of the mid-season hiatus added insult to injury, while an uneventful goalless draw with Xerez last time out proved it wasn’t a fluke. Having conceded 2+ goals in four of their six games preceding this showdown, Cadiz should be no match even for a second-string Man Utd side.

With a large chunk of their first-team stars battling it out for World Cup glory in Qatar, Manchester United must rely on youth academy graduates and second-fiddle performers during the mid-season break. One of those youngsters, Alejandro Garnacho, notched up a last-gasp winner to hand the ‘Red Devils’ a crucial 2-1 win at Fulham in their final Premier League fixture ahead of the Qatar showpiece, strengthening their position in a keenly-contested top-four race. Momentum was on Man Utd’s side before the break, with Erik ten Hag’s lads racking up five wins in six competitive games (L). Desperate not to allow the pause to take the wind out of their sails, they will be out to make it two consecutive triumphs against Spanish clubs after beating Real Sociedad 1-0 in the Europa League in November. 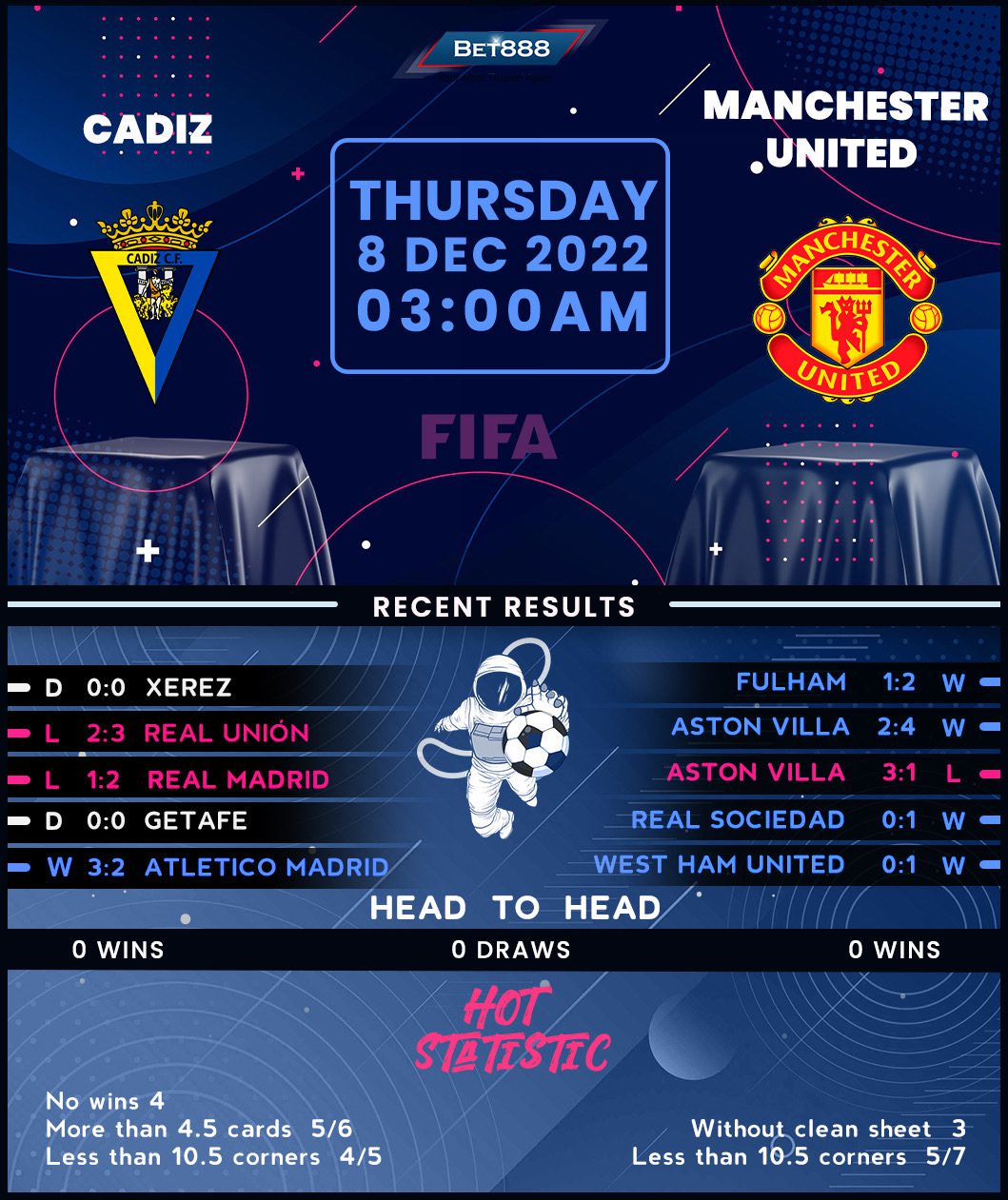