The 2022 AFF Championship Group A is picking up steam as Brunei and Indonesia go head-to-head at the KLFA Stadium in Kuala Lumpur.

Brunei’s first foray into the AFF Championship group stages since the tournament’s inaugural edition in 1996 hasn’t gone according to plan thus far. Following an embarrassing 5-0 defeat to Thailand in their Group A curtain-raiser, the ‘Hornets’ suffered an equally humiliating 5-1 loss to the Philippines last time out. Another morale-damaging outcome is on the cards, as they’ve lost both previous international H2Hs against Indonesia via 4+ goals ‘to nil,’ conceding precisely two first-half goals on each occasion. Breaking their scoring duck against Indonesia would be a success in itself, yet after drawing a blank in four of their last seven outings, that’s debatable.

Meanwhile, Indonesia scored twice before halftime to humble Cambodia 2-1 in their opening Group A fixture, bolstering the nation’s bid to reach the AFF Championship knockout stages twice in a row for the first time since 2010. Keen to go one better than their last tournament’s runner-up finish, the Indonesians head into proceedings inspired by a four-match winning streak in all competitions. Despite advancing into the AFF Championship grand final six times, they’ve never won the trophy, a setback Shin Tae-young’s men are desperate to overcome this year. The ‘Garuda Team’ have only lost once in their last nine AFF Championship outings (W5, D3), suggesting the upcoming clash against sub-par Brunei should be a mere formality. 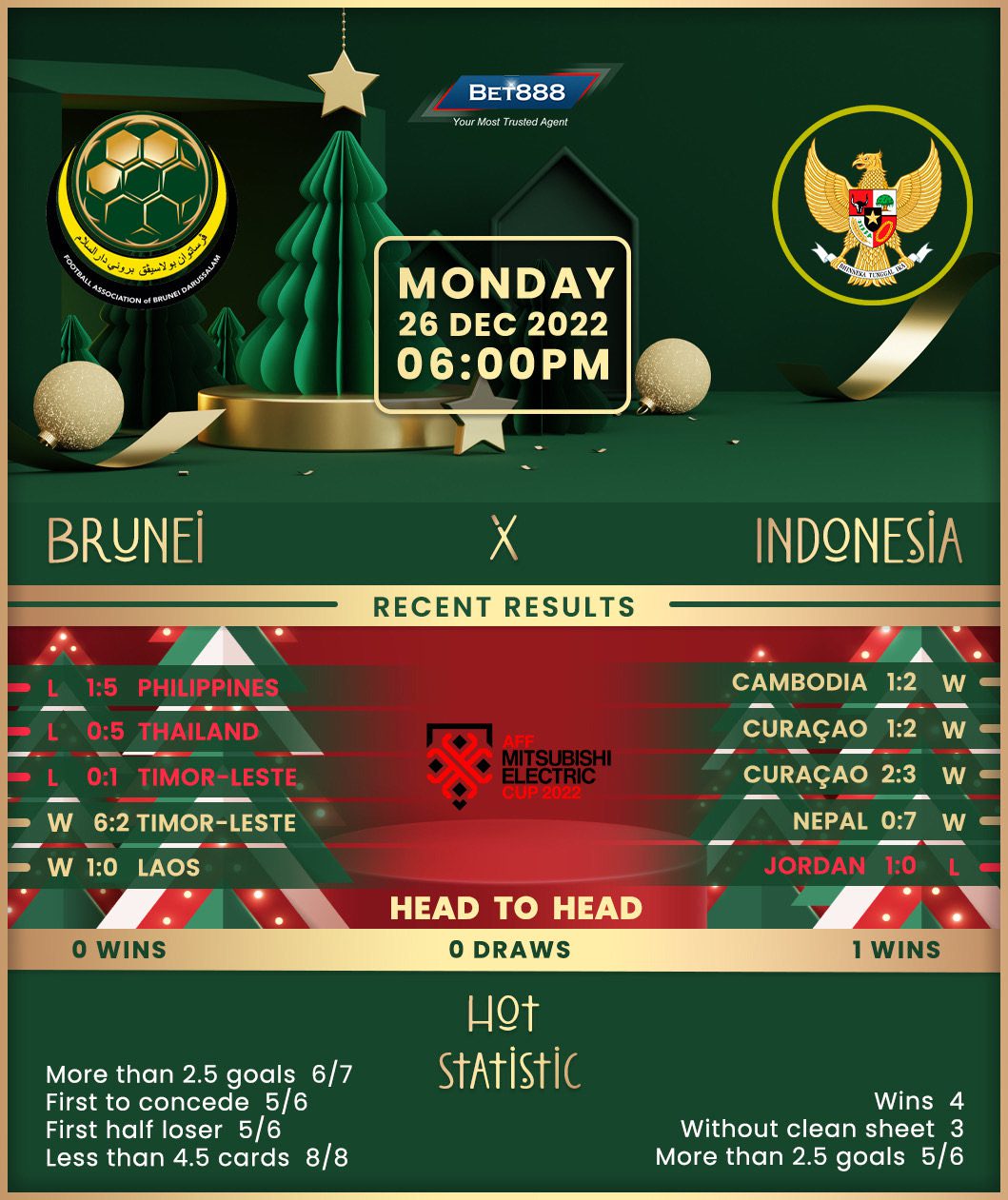