After defeating Manchester United 3-1 last weekend, West Ham United will be heading towards the Falmer Stadium, as they are set to take on Brighton & Hove Albion.

The Seagulls are going through a difficult period, as they’ve lost three out of past five Premier League matches, playing out two draws in the process. Apart from a stunning 3-2 win over the Red Devils, the Albion failed to get another three points this season at home, losing 2-1 to Tottenham and snatching a 2-2 draw with Fulham. Additionally, Chris Hughton’s team are yet to keep a clean sheet this year, and thanks to a poor defensive performance they currently have a 3-point lead over Newcastle United who sit in the relegation zone.

On the other hand, the Hammers have notably raised their game over the past few weeks following a rather disappointing start of the season. Four successive defeats in the opening four fixtures nearly saw Manuel Pellegrini getting fired, but his efforts to drag the team out of a severe crisis finally started to pay off. In addition to the aforementioned triumph over United, the London outfit also outclassed Everton, clinching a 3-1 victory at the Goodison Park before holding Chelsea to a scoreless draw. Meanwhile, the Hammers have hammered the lower-league side Maccles field by eight goals to nil in the Carabao Cup after eliminating the League One outsiders Wimbledon.

Pascal Gross, Jose Izquierdo, and Dale Stephens are doubts for the hosts, while the visitors expected to arrive severely weakened by the absences of Manuel Lanzini, Andy Carroll, Winston Reid, Carlos Sanchez, and Jack Wilshere. 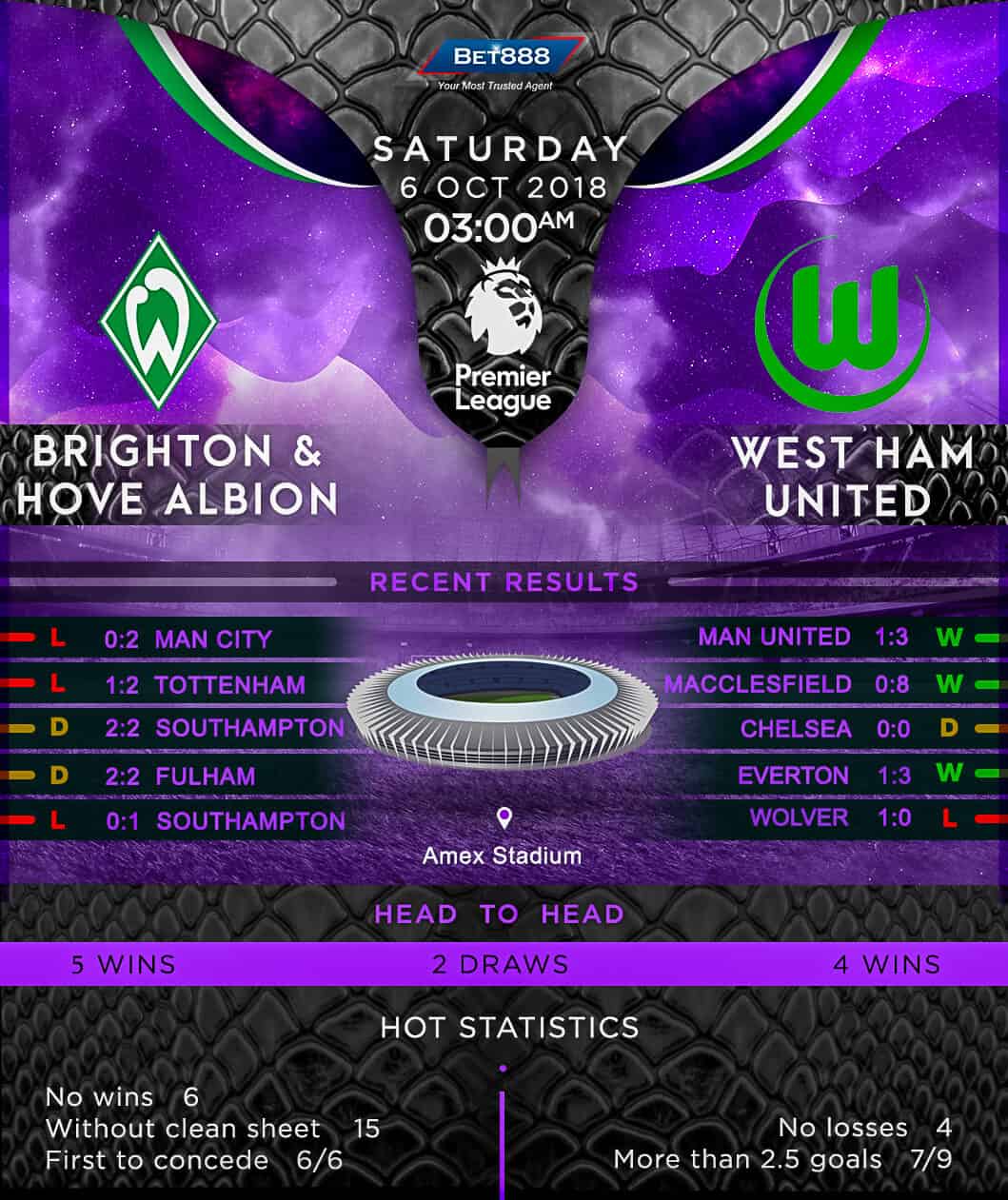